A Unilever executive reveals how the company plans to turn its plant-based brands into a $1.1 billion business 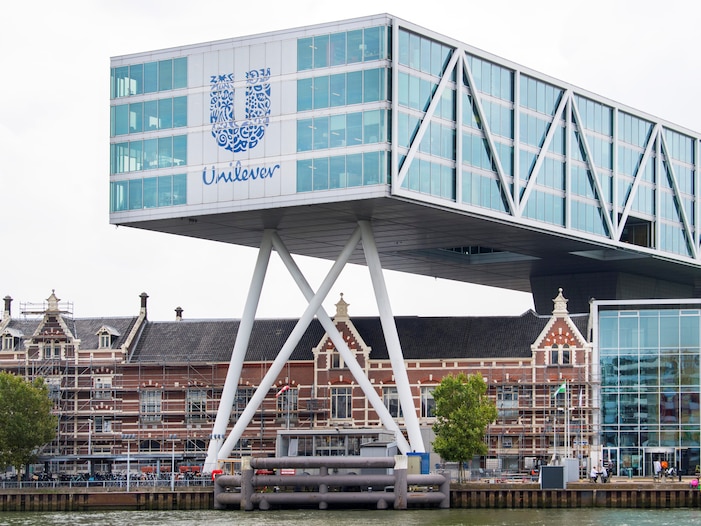 Food companies from Kellogg to Tyson have gotten into plant-based proteins with a flurry of new product launches in the last couple of years.

But Unilever is going a step further: it wants to sell €1 billion, or $1.19 billion, in plant-based foods annually over the next five-to-seven years. That level of growth would represent a quintupling of the €200 million in sales that it expects for the category in 2020.

The goal will apply to sales of both plant-based substitutes for animal proteins, such as cuts of meat from The Vegetarian Butcher, which Unilever bought in 2018, and vegan versions of Magnum ice cream bars.

But it also includes products that add flavor to fresh vegetables, such as Knorr packets that can be mixed with cut greens to create a salad, Executive Vice President of Foods and Refreshment for North America Jostein Solheim told Business Insider.

Read more: The chef behind the Beyond Burger explains why binging on gas station chips inspired him to create healthier plant-based snacks

“That’s when you can then put together the full menu, so to speak, where you have condiments that support and drive flavor into that plant-forward diet,” Solheim said in an interview.

The €1 billion sales goal is part of a broader set of environmental and societal objectives that Unilever unveiled Tuesday, including reducing food waste and making its food products more nutritious. Broadly, the goals are trying to improve consumers’ diets and limit its food brands’ effects on the environment, it said in a statement.

Other companies have made pledges related to their plant-based businesses, though few have put specific sales goals on them. Kellogg said in March that its Morningstar Farms brand, which includes its Incogmeato burgers and chicken nuggets, would consist entirely of plant-based items by 2021. British grocer Tesco, meanwhile, said earlier this fall that it planned to increase sales of its plant-based foods by 300% by 2025.

Plant-based meat sales are expected to balloon in the coming years, reaching $140 billion by 2029, a ten-fold increase over 2019, according to an analysis by Barclays.

While existing plant-based products rely heavily on ingredients like soy and yellow pea, Solheim said that Unilever is investing in new inputs as part of its goal. The company is working with British startup Algenuity to create a food ingredient from microalgae, which is nutrient-rich but naturally has an off-putting taste that has to be removed first. Unilever has said that microalgae could replace common animal-based binding ingredients, such as eggs, in sauces, soups and other foods.

“There is a natural tendency to go towards the big cash crops when people look to develop this sector,” Solheim said. “But I’m very encouraged by the amount of R&D and the amount of thought that is going into this end-to-end.”

“There’s a series of… more experimental, microbe growth-based technologies that are at the cusp of breaking through,” he said. “I do think that we would greatly benefit from bringing a diversity of crops into plant-based proteins, both from an agricultural point of view and from a diversity and nutritional point of view.”