Affirm CEO Max Levchin just told us why Amex will serve as the buy now, pay later's 'North Star' as it navigates the public markets 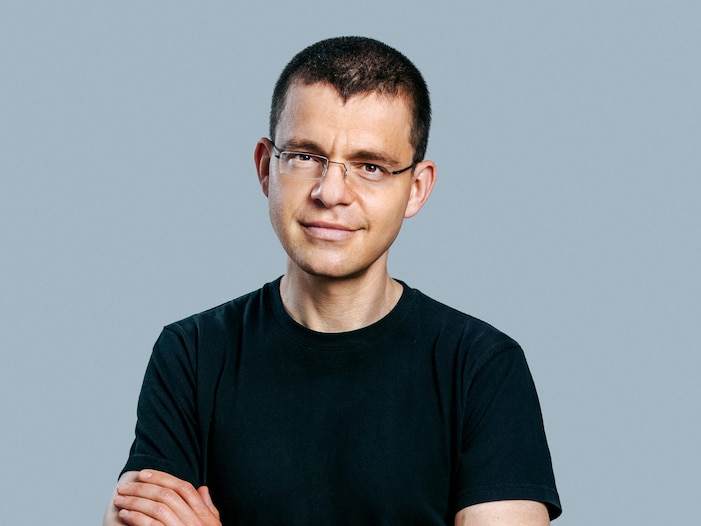 Consistent with recent tech IPOs like DoorDash and AirBnb, Affirm’s share price surged as much as 110% above its opening price in initial hours of trading.

With its public debut under its belt, Affirm CEO and founder Max Levchin spoke to Insider on Wednesday about his plans for transforming the credit industry.

Levchin said Amex is a ‘North Star’ in the credit space

With the rise of fintechs pushing transparency and offering low- or no-fee financial products, consumers’ attitudes toward credit have shifted. But that doesn’t mean credit cards are going away anytime soon.

In fact, Levchin pointed to American Express as an inspirational player in financial services.

“Amex, of all the financial services brands, is in many ways a North Star of how to comport yourself and how to be,” Levchin told Insider Wednesday. “They’ve done a fantastic job standing for something.”

See more: Affirm is a breakout star of the buy now, pay later craze. Here’s why increased competition and fee pressure still pose significant threats for the fintech looking to go public with a $10 billion valuation.

During the coronavirus pandemic, Amex (along with many other financial services companies) waived interest and late fees for customers facing financial difficulties. And the card giant has been a vocal supporter of small businesses, pushing its Shop Small initiative and offering customers rewards for shopping locally.

Levchin – of PayPal Mafia fame –  has been vocal about his mission of honest finance. He founded Affirm as an alternative to credit cards.

Credit cards “failed to keep up with the evolving world,” Levchin said in his opening letter in Affirm’s S-1 filing.

“One could argue cards have devolved, even become corrupted. The barely-readable fine print makes only one thing clear to consumers: You’ll never know exactly what your purchase will really cost you,” Levchin wrote.

And while Amex will serve as a guide to how Affirm can navigate the public markets, that’s not to say established players don’t need to update their offerings.

Levchin said Wednesday that credit-card companies like Amex, Citi, and Chase aren’t necessarily in danger – but some of their products are.

Affirm doesn’t charge late fees, and Levchin is one of many in the fintech space that rails against things like deferred interest. Lenders may offer a 0% interest loan, but if it’s not paid back within a specific timeframe, the borrower could be charged interest retroactively.

“They shouldn’t be offering the products they do,” Levchin said. “I think the market is shifting away from them.”

The banks behind deferred interest credit cards shouldn’t be worried about Affirm, Levchin added. But they should worry about consumers opting for other options, like Affirm.

“It’s not the players,” Levchin said. “It’s the product that needs to be worried.”

Affirm’s roadshow was an affirmation of Levchin’s mission

Affirm had originally planned to go public in 2020. But in December, The Wall Street Journal reported the fintech was delaying its listing until January, at the earliest. The story cited the extreme IPO pops that DoorDash and Airbnb saw as one of the reasons for the pause, in addition to delays at the Securities and Exchange Commission processing IPO requests.

But Levchin said there wasn’t any “drama” related to its IPO timeline.

“It just takes a bunch of work to get it right,” Levchin said. “We don’t cut corners.”

Read more: Affirm’s Max Levchin is about to become a billionaire. Here’s a look at his storied life and career.

Affirm started its roadshow on January 5th. With any company approaching an IPO, investors primary concerns are the company’s financials and anticipated share performance. But Levchin said that investors were receptive to his “preaching.”

“It was super rewarding,” Levchin said. “I think 100% of my roadshow meetings people were like, ‘yeah, that’s right. It is messed up that people pay so much in fees. Someone should do something about it, and you did!'”

The fintech, alongside other buy now, pay later fintechs like Afterpay and Klarna, saw massive growth in 2020. With more than 6.2 million users and 6,500 merchants, Affirm saw 77% growth in purchase volume year-over-year in its 2020 financial year-end results.