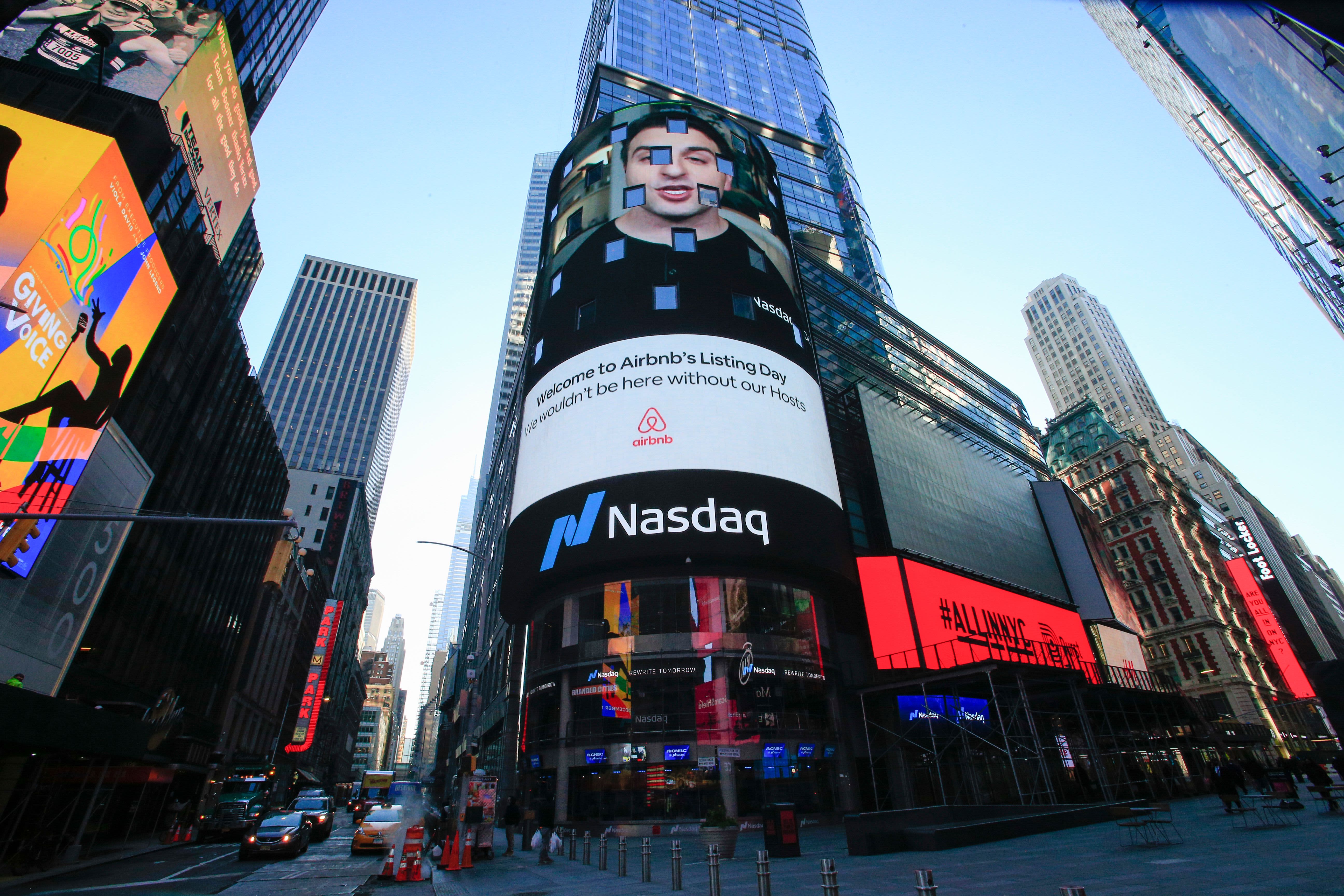 The Airbnb logo is displayed on the Nasdaq digital billboard in Times Square in New York on December 10, 2020.
Kena Betancur | AFP | Getty Images

Wall Street analysts see plenty of growth ahead for Airbnb’s business, but they don’t see much room for the stock to run after it more than doubled in its debut last month.

More than 20 analysts initiated coverage of the home-sharing site to start the year, according to FactSet and reports sent to CNBC. Two-thirds suggest holding the stock, and five of the 18 analysts who have price targets expect the shares to drop.

Analysts at Morgan Stanley initiated coverage with the equivalent of a hold rating and a $140 price target, even though the firm views Airbnb as a leader in the accommodations market. Morgan Stanley said that at about 16 times estimated revenue for 2022, investors can await a “better entry point.”

“While we are bullish on Airbnb’s industry and business model, we see current valuation as being fair,” the analysts wrote.

Similarly, Wedbush started coverage with a hold recommendation and a $151 price target, calling the company a “dominant player in an attractive segment.” To justify anything higher, Airbnb would need to move into adjacent markets or wait until “the considerable growth is able to catch up with the premium valuation afforded the stock from day one,” Wedbush analysts wrote.

The most bearish reports were from Deutsche Bank and Stifel, which both placed $130 targets on Airbnb’s stock. Stifel said its price estimate was based on a discounted cash flow analysis that accounted for cost of capital and growth rate.

Among the seven buy ratings to start the year, the highest price target came from Needham, which expects the shares to hit $200 in the next 12 months. Needham analysts predict that the alternative accommodation market could expand by five or 10 times from where it is today.

Airbnb is also likely to benefit from “pent-up travel demand” in 2021 after the coronavirus pandemic forced so many consumers to cancel their plans last year, the firm said, adding that the company’s business model is particularly appealing because it doesn’t rely on Google for traffic. Airbnb said in its prospectus that 91% of its guests in the first three quarters of 2020 came to the site either directly or through unpaid channels.

Needham says its price target is based on a multiple of 22 times revenue in 2022.

“Key upside drivers would be accelerating share gains in the U.S. and Covid abating sooner than expected in ’21, in our view,” they wrote. “Our primary downside concerns are Covid turning into an incremental multi-year headwind and/or stagnating traffic growth that would cause the company to invest more aggressively in customer acquisition, presumably through Google.”