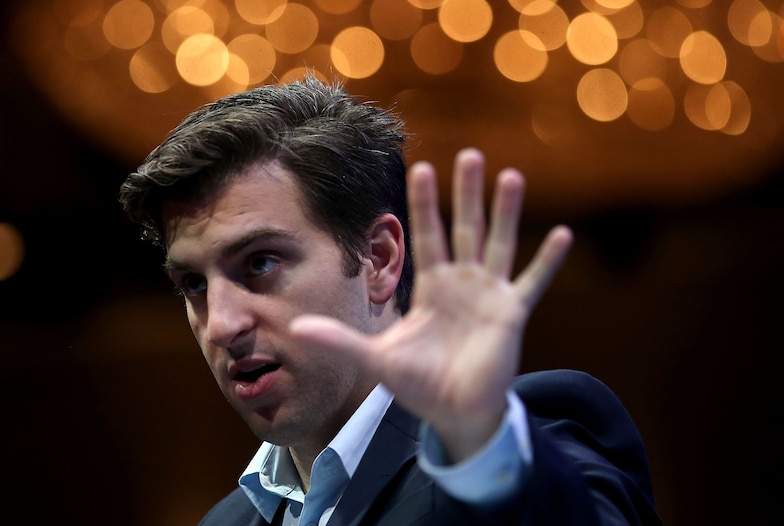 Airbnb made its initial public offering documents available to the public Monday, revealing $696.6 million in losses during the first three quarters of what has been a tumultuous year for the company.

At one point, Airbnb’s bookings in Beijing — an early COVID-19 hot-spot as well as a key growth market for the company — had plummeted 96% from pre-pandemic levels. Airbnb was forced to drastically cut costs worldwide, including laying off 25% of its workers, cutting all marketing spending, and raising $2 billion in emergency funding.

But Airbnb and its CEO Brian Chesky have also garnered praise for strategic decisions over the past few months that have helped the company stay afloat, and even turn a profit of $219.3 million during the third quarter.

Chesky made some key bets on travel trends during and after the pandemic, even redesigning the company’s website and app to support the hypothesis. He predicted people would flock to rural and local destinations over international tourist traps and big cities, opt for private spaces over crowded ones like chain hotels, gravitate toward longer-term stays, and travel more for pleasure rather than work.

“We used to do a lot of travel for work, and then we entertained ourselves on screens. That’s going to inverse,” Chesky told Business Insider in August. “I think we’ll work more on screens and entertain ourselves in the real world.”

Chesky also returned Airbnb’s focus to its core business of vacation rentals, after a push the past few years to expand into everything from branded hotels to producing travel content. The company’s losses had ballooned to $674 million in 2019, more than the previous four years combined.

So far, Airbnb’s positioning — both by choice and circumstance — seems to be paying off.

Airbnb’s third-quarter revenue was down roughly 18% from the same quarter in 2019, a significant recovery compared to the 72% year-over-year decline during the second quarter.

Crucially, Airbnb’s third-quarter performance was substantially better than Airbnb’s competitors — Booking.com was still down 48% in year-over-year revenue and Expedia was down 58% — as well as the traditional hotel industry. Hilton was down 61% and Marriott was down 57%.

Even considering Airbnb’s current relative strength, however, its road ahead is filled with uncertainty, and much of that comes from risk factors that Chesky and his team won’t be able to influence as easily as its app redesigns or staff.

Airbnb cited the pandemic among a lengthy list of risk factors in its IPO filing on Monday.

That list mentioned several risks common to maturing startups like Airbnb, such as slowing rates of revenue growth, rising costs, increasing competitiveness from incumbents, and complex challenges around keeping its platform safe and fraud-free.

But some of its biggest and most notable challenges — the coronavirus pandemic, an unpredictable regulatory landscape, fresh competition from Google, and a potential billion-dollar tax bill — cannot be navigated through smart management decisions.

The company acknowledged in the filing that, due to COVID-19 cases surging again this winter, it’s projecting higher year-over-year declines in bookings and cancellations during the fourth quarter than in the third quarter. Since Airbnb already made huge cuts, its profitability will be even more reliant on driving revenue growth.

But with several states already reversing reopening plans and issuing new travel advisories, and public health experts warning that the next few months could be far worse than the spring, Airbnb could see tough times beyond December.

Another possibly huge obstacle for Airbnb will be local and state regulations.

In recent years, the company has faced significant pushback, both from residents who complain Airbnb guests aren’t the best neighbors, and that the platform drives up rent prices, as well as from hotel owners and local governments, who argue Airbnb should be taxed and regulated like traditional hotels (this is similar to the dynamic between the taxi industry and companies like Uber and Lyft).

Cities continue to crack down on Airbnb

As a result, some cities initially banned short-term rentals entirely. Others have enacted steep taxes or imposed restrictions on who can operate Airbnb listings, where, and for how long. While Airbnb has fought cities that try to regulate it — often through litigation — many of them have still cracked down, and if they continue to do so, it could eat into the profitability of both Airbnb and its hosts.

As with other “platform” companies like Uber, Amazon, and Google, Airbnb’s competitors span a variety of industries. Thus far, it has stood out among those competitors due in part to its strong brand — the company said 91% of its traffic came through unpaid or organic channels. But now that brand is up against an even better-known one: Google.

Airbnb said in its IPO filing that Google’s push into the travel sector, through the launch of price comparison tools that are displayed prominently in Search, has hurt its own search results. That could require Airbnb to increase its marketing spend significantly in order to keep reaching customers.

When it comes to Airbnb’s competitors, “it might be Booking.com right now, but the biggest competitor will be Google — that’s the one Airbnb’s afraid of,” Dennis Schaal, executive editor at Skift, a travel industry news and research site, told Business Insider in March.

However, Airbnb’s best hope to avoid bleeding money and customers to Google may rest with regulators in the EU or the US, who have expressed a growing interest in reigning in Google’s dominance over internet searches.

Finally, Airbnb is also awaiting the results of an IRS investigation into whether it owes an additional $1.4 billion in taxes over how it valued the sale of its international intellectual property to a subsidiary.

Considering the $2 billion in emergency funding it raised earlier this year, that’s a bill Airbnb wouldn’t be excited to see.