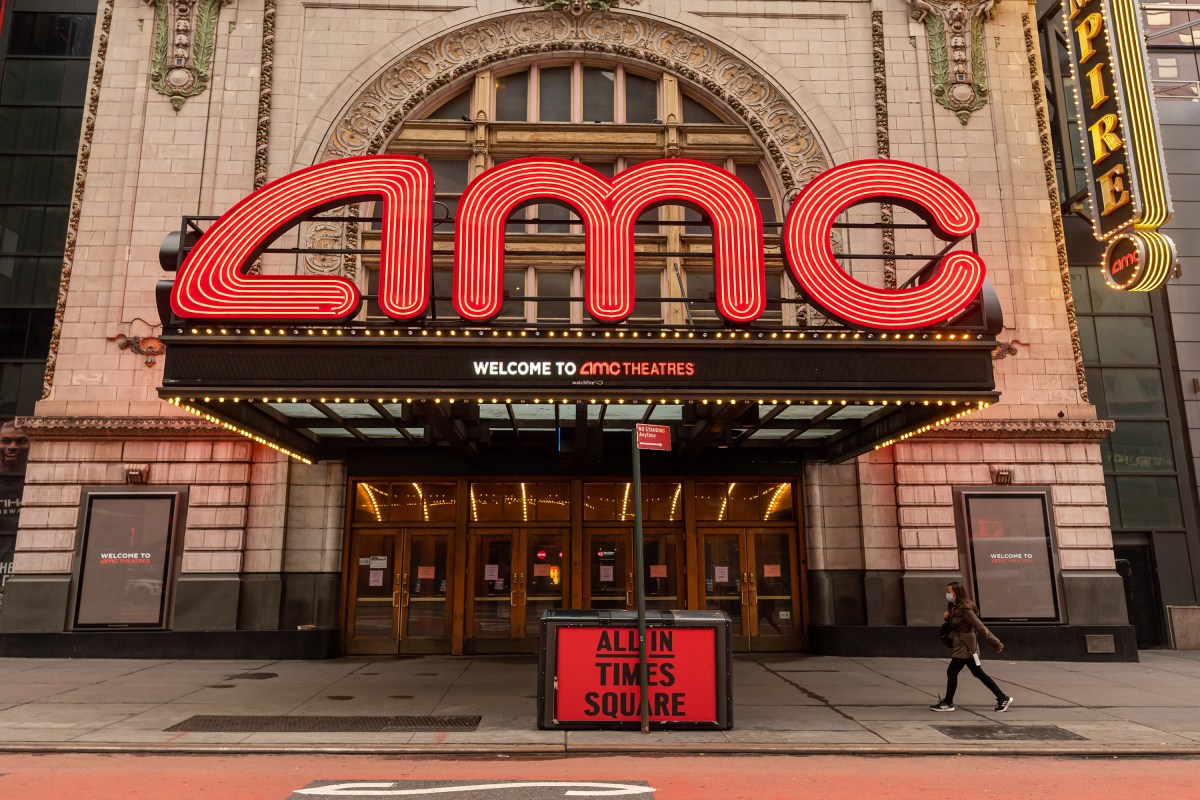 AMC Entertainment’s third-quarter loss widened to more than $900 million as it to get pummeled by the economic fallout from the coronavirus.

The nation’s largest movie theater chain, which had reported a $54.8 million loss in the year-ago quarter, said revenue for the period ended Sept. 30 plummeted 91 percent.

Although the dismal results were expected after the cinema chain released preliminary results last month, shares of AMC late Monday fell 8.9 percent to $2.15 in after-hours trading on the news.

AMC had temporarily closed all 598 of its US-based cinemas in mid-March during the lockdown, and has since been slowly reopening its doors since Aug. 20. As of Sept. 30, AMC said it resumed operations at 467 domestic theaters with limited seating capacities of between 20 percent and 40 percent.

Still, theaters in some of the country’s biggest markets, notably New York and Los Angeles, remain closed, and to make matters worse, cinemas in Europe have shuttered theaters again amid a coronavirus resurgence.

“The magnitude of the impact of the global pandemic on the theatrical exhibition industry was again evident in our third quarter results, as theatre operations in the US were suspended for nearly two-thirds of the quarter,” said AMC chief executive Adam Aron.

“And yet, despite unrelenting obstacles, the AMC team continued to make significant progress in pursuit of our three key priorities: to strengthen our liquidity position; to dramatically reduce operating and capital expenditures, and to continue to safely and successfully restore our operations.”

Currently, the company is working to raise cash in order to avoid filing for bankruptcy. In an SEC filing Monday, AMC said it is looking to sell up to 20 million class A shares in order to raise $50 million in new capital.