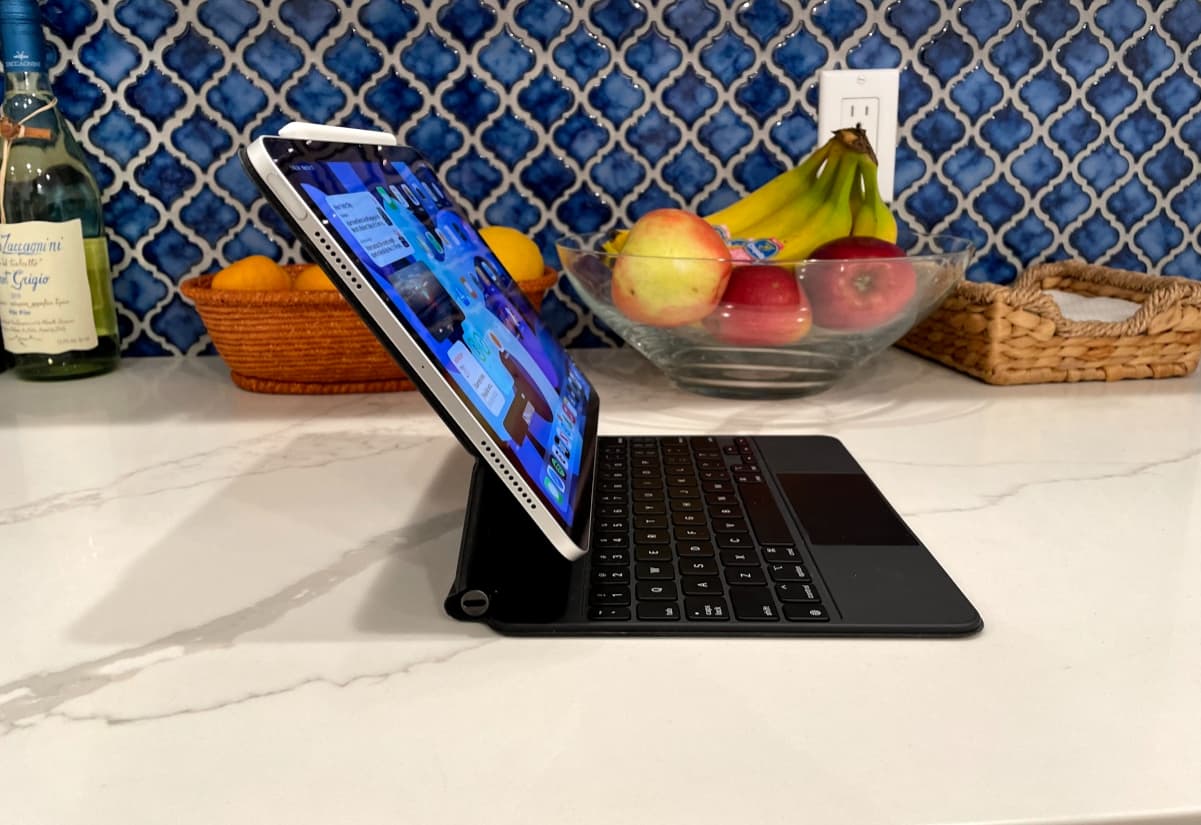 I’ve been testing Apple‘s new iPad Air for the past several days. Its new design is an awful lot like my iPad Pro, which I spent more than $1,000 on a couple of years ago. But it starts at $599, a considerable discount from Apple’s Pro models and offers more than what you’d get from the “regular” $329 iPad.

If you want an iPad that you can use for work (depending on what you do, of course), with cameras that are better for video chats and an optional keyboard accessory with a mouse, the new iPad Air is the one to get. If you just need an iPad to read the news and listen to music, you’re still perfectly fine with the regular $329 iPad.

Despite the pandemic, which has cost millions of Americans jobs, Apple’s iPhone, iPad and Mac sales increased during the fiscal third quarter. People are buying gadgets to help with school, stay in touch with family, work and relax.

I expect the new iPad Air, which hits stores on Oct. 23, to be a popular choice since it gives you many of the high-end features found in the Pro model for hundreds less.

The iPad Air is available in five colors.

The iPad Air is an upgrade in pretty much every way from the normal $329 iPad. It has a new design this year, with flat sides and sharper corners, bringing it more in line with the iPad Pro and Apple’s new iPhone 12.

The fingerprint reader is in the power button.

The iPad Air is easy to hold, the screen is a large 10.9-inches and there’s a fingerprint reader that sits right in the power button for quick unlocking. Apple also launched new colors, including blue and green, though I tested a plain silver one.

The screen is better than the one on the regular iPad. It gets just as bright and is just as sharp, but it’s larger and gets rid of the small air gap between the screen and the glass that’s on the more affordable iPad, which I find super annoying. This makes things look clearer, helps with glare and makes stylus input feel more fluid. It’s also more colorful and has True Tone, which is Apple’s feature that automatically adjusts the screen to keep the colors accurate.

A new feature in iPadOS 14 is really fun: you can use the pencil to write in any text box, whether it’s in an email, a group chat on iMessage or a URL in the web browser. It seems silly, but I liked using it for jotting out messages to friends instead of trying to stretch my hands across the screen. And the handwriting recognition is pretty good most of the time… until I got tired and my handwriting turned to gibberish. The Air also works with Apple’s Magic Keyboard, which is the best tablet keyboard. It’s $299, which is almost the cost of the entry-level iPad and super expensive, but it’s easy to type on and use.

I bought one for my iPad Pro when it launched and, even though my work system doesn’t work on the iPad, I use it all the time for emails, web-surfing and Slack. If all the apps you need for work are available for iPad, this turns it into a real computer.

The iPad Air has Apple’s newest and fastest A14 Bionic processor, the same that’s in Apple’s iPhone 12. I don’t really see a huge difference between the performance of it and the A12 Bionic in the regular iPad for apps and games, but I think developers will start to take more advantage of it and we’ll see more impressive games in the coming years.

Battery life was great. I was able to get a full day of use if I had it on straight through, but usually it lasted a couple days when I turned to it more sparingly. I typically use an iPad after the work day is through, and just stream music while watching videos, browsing Twitter and catching up on news. iPadOS, if you haven’t used it in a while, is great for running multiple apps side-by-side.

Finally, the front camera for FaceTime video chat on the iPad Air is clearer than the one on the front of the regular iPad. That’s important now if you’re spending a lot of time on video chat for work or to stay in touch with family. It’s kind of funny how the front-facing cameras on iPads are generally better than the 720p cameras on even high-end MacBooks.

The fingerprint reader works fine in the power button for unlocking the iPad and buying stuff online through Apple Pay. But the iPad Air doesn’t have the more advanced and secure Face ID system that’s included in the iPad Pro. Face ID is more convenient for unlocking since you just look at the iPad.

Also, without the Face ID sensor, you don’t get some of fun little features, like Animoji or Memoji that react to your facial expressions. It’s a small thing, but if you’re buying a tablet for your kids they might like that.

I wish Apple placed it in the middle of the side instead of at the top: most of the time I’m doing video chats with a keyboard attached or while holding it in landscape mode. That means I need to remember to look to the left of the iPad, instead of the middle where the camera usually is on a laptop.

The screen isn’t as smooth as the display on the iPad Pro, which has a faster refresh rate to make things like scrolling much smoother. It’s not something you’ll miss if you’ve never used it, but I’d love to see it in the iPad Air line at some point.

And you’re going to need to spend a lot of money to take full advantage of the iPad Air. The Magic Keyboard is $299 and the second-generation Apple Pencil is another $129. All-in, that’s $1,027.

Should you buy the new iPad Air?

I think the iPad Air fits great right in the middle of Apple’s tablet family. It’s a good choice if you don’t need everything on an iPad Pro, like the fancy cameras and faster screen, but also want a better screen, speakers, and design than you get on the entry-level iPad.

And it’s great with the keyboard and second-generation Apple Pencil, neither of which work with the standard iPad. I also think it’ll keep up longer than regular iPad will as apps get more powerful.

If you just need a tablet for watching movies, to pass off to the kids or to read the news, the regular iPad is great for that. And it’s only $329.