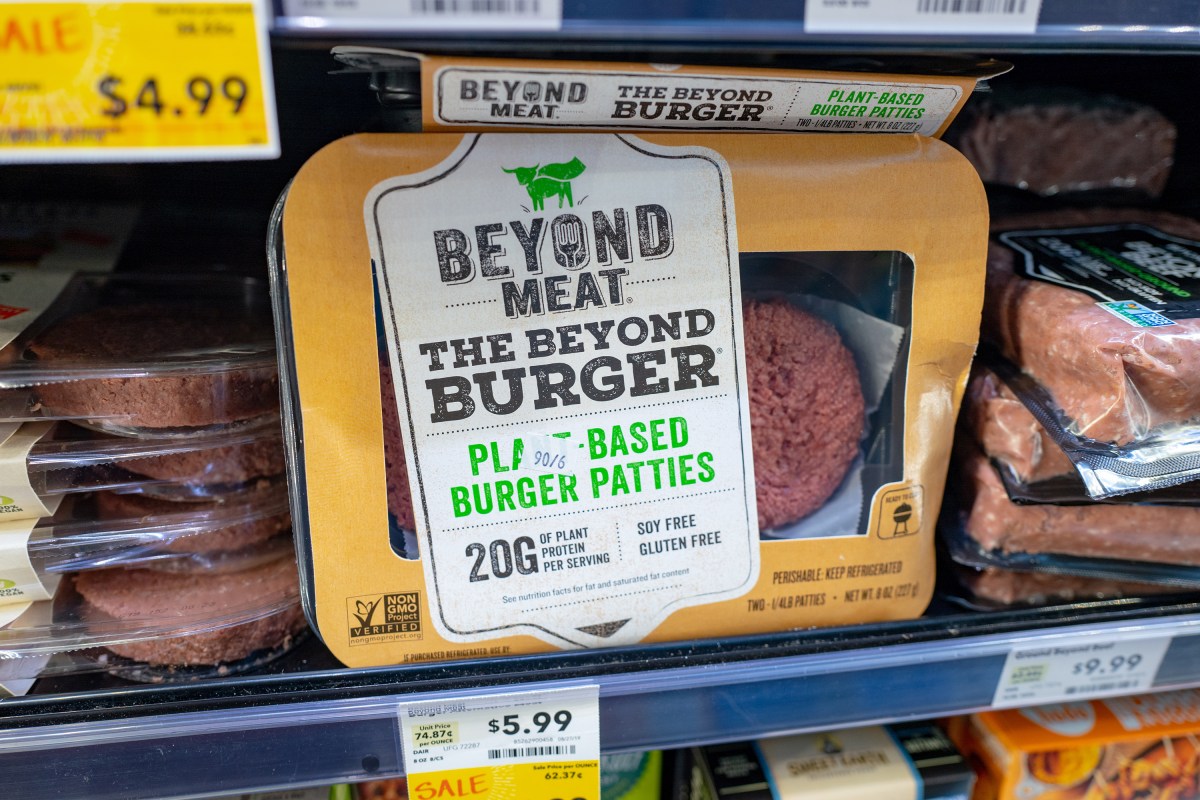 Beyond Meat’s shares tanked more than 20 percent on Tuesday after the plant-based patty maker reported a surprise quarterly loss amid weakening sales, even as confusion persisted about its relationship with McDonald’s.

The El Segundo, Calif.-based company said COVID-19 restrictions were sapping demand at restaurants it supplies, while demand for its plant-based burgers and sausages at grocery stores has begun to drop after initial rounds of stockpiling by shoppers.

The fake-meat maker’s shares recently were changing hands at $120.50, down 20 percent from the previous day’s close.

On Monday, McDonald’s said the McPlant was created “by McDonald’s for McDonald’s,” sending shares of Beyond Meat tumbling as much as 8 percent.

Beyond Meat, which has done pilot tests with McDonald’s for veggie burgers in Canada, said later Monday afternoon that it had partnered with McDonald’s to “co-create” the McPlant. That spurred a brief recovery in Beyond Meat shares before the company delivered its disastrous results after the bell, sending them plunging once again.

“Our relationship with McDonald’s is really good and really strong,” Brown said on an investor call. “I respect their decision to refer to the McPlant platform in the generic sense. We are working with them on a number of matters.”

Pressed on the issue on Monday, McDonald’s would only say that it has not announced its McPlant partners.

Meanwhile, investors on Tuesday were grappling with news of Beyond Meat’s $19.3 million loss in the third quarter compared to a profit of $4.1 million a year ago. Revenue rose 2.7 percent to $94.4 million, missing expectations of $132.8 million.

“We are struck by the degree to which third-quarter revenues came in shy of the Street (it has been a long time since a food company missed like this) and our crystal ball into Beyond Meat’s near-term fortunes is cloudier than ever,” JPMorgan analysts said.

“Lack of clarity around potential McDonald’s deal adds insult to injury,” Berenberg analysts said, adding that it was also weighing on the company’s shares.

Beyond Meat’s shares surged nearly 90 percent over the last year, as the company emerged as one of the leaders of a plant-based meat trend that has had fast-food chains falling over themselves in a rush to get the veggie products on their menus.