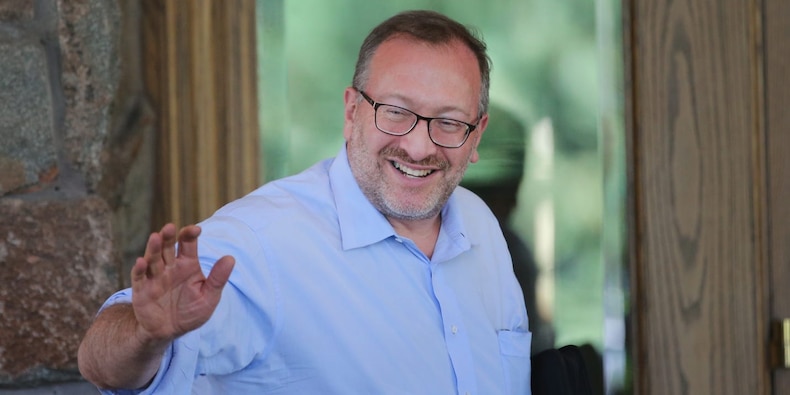 Seth Klarman, president and CEO of the The Baupost Group

A billionaire investor heralded as “the next Warren Buffett” blasted the Federal Reserve and Treasury in a private letter this week, accusing the duo of disrupting the stock market and putting investors at risk.

Seth Klarman told clients of his Baupost hedge fund that investors are behaving as if risks have “simply vanished” due to rock-bottom interest rates and wave after wave of government stimulus, the Financial Times reported.

Read more: Bubbly behavior is brewing in markets and Big Tech is reeling from 2 major political events this month – Three investing heavyweights that jointly manage almost $1 trillion break down the impact on these stocks and how to position

Federal interventions to buttress growth and reduce unemployment have also made it tricky to assess the economic health of the country, Klarman said.

“Trying to figure out if the economy is in recession is like trying to assess if you had a fever after you just took a large dose of aspirin,” he said, according to the Financial Times.

“But as with frogs in water that is slowly being heated to a boil, investors are being conditioned not to recognize the danger,” he added.

Read more: Goldman Sachs reveals the 8 ‘green-energy majors’ that are set to jump in value in a sector worth trillions of dollars as the renewables race heats up

Klarman highlighted Tesla as an example of how heady markets have become. Elon Musk’s electric-vehicle company has seen its shares skyrocket more than 850% since the start of last year, and now commands a market capitalization north of $800 million.

The “barely profitable” automaker’s stock has surged “seemingly beyond all reason,” Klarman said.

Warren Buffett himself has tapped the Baupost boss as his spiritual successor. When a college student asked the Berkshire Hathaway CEO in 1992 who might be the next Buffett, he swiftly replied “Seth Klarman,” according to the professor teaching the class.

Read more: We spoke to Winklevoss-backed crypto platform Gemini about Bitcoin, how to use stable coins, and why regulation won’t kill the boom in digital currencies

Klarman and his team have been more adventurous than Buffett in recent months. Baupost’s latest portfolio update revealed a $400 million stake in Bill Ackman’s special-purpose acquisition vehicle, Pershing Square Tontine, as well as a $52 million position in Redball Acquisition Corp, another SPAC that is co-chaired by “Moneyball” star Billy Beane.

On the other hand, Baupost slashed its stakes in Google-parent Alphabet and Facebook in the second and third quarters of 2020, after establishing those positions in the first quarter. Those moves suggest Klarman is concerned those technology stocks are outpacing their prospects.