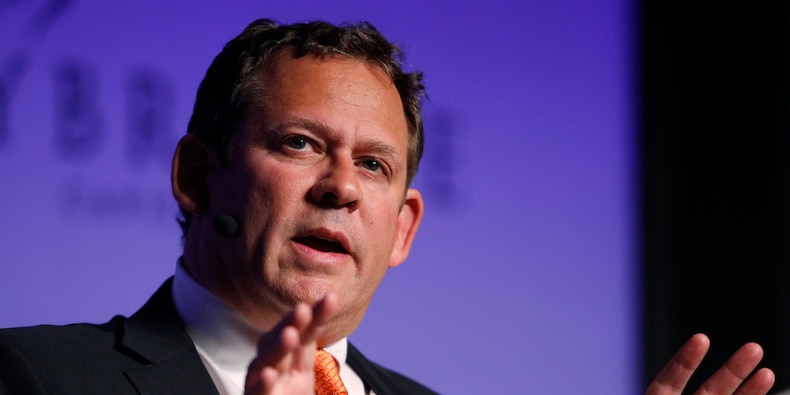 So much can happen in a year that markets have turned around 180 degrees from this time in 2020, according to BlackRock bond chief Rick Rieder.

Twelve months ago, investors were expecting an environment of slow but steady economic growth and their biggest worries included uncertainty tied to the upcoming presidential elections and the cooled-off trade war.

Today, the global economy is coming out of a shock recession. As a result of the huge downturn in the first half of 2020, investors are now anticipating stronger growth than they’ve seen in more than 10 years. The threat of renewed COVID-19 outbreaks hangs over all of that, but Rieder thinks the next few months will be better than expected.

“I think you could see GDP in the US at 7% this year. I think it’s going to be over 6%. That is pretty explosive growth,” he told Insider in an exclusive interview. “That is an explosive cocktail for growth and I think people underestimate how strong that growth will be, especially in the second and third quarters.”

That’s brought about a lot of changes from Rieder, who oversees $2.7 trillion in assets for BlackRock, the world’s largest investment firm with $8.7 trillion under management. After a year where a lot of tech-related investments worked, he describes his approach for 2021 this way.

Rieder says that in a low-rate world where the amount of money in the global financial system has grown by an enormous amount, there is “no reason” to own a lot of high-quality core fixed income assets because their returns are minimal. Those include agency mortgages, investment grade credit, and municipal bonds.

He’s invested in high-yield bonds and is holding more cash instead, as the cost of doing so “has gone to zero.”

Rieder, a manager of the BlackRock Global Allocation fund, says he’s keeping a substantial overweight to equities. He wants to find companies that are boosting their book value and creating bigger returns on equity. Tech stocks are still a big part of his approach, and he’s adjusting after the sector’s outperformance last year.

“We’ve been rotating some of that technology exposure into things like semiconductors, parts of software … cloud,” he said. “Things like financials, which last year were not attractive, have become really attractive” based on their performance and on the surging economy as well.

“I think people grossly underestimate how strong growth is going to be, so we’ve rotated a lot into cyclicals almost across the board in places like housing, homebuilding, parts of chemicals, commodities, some small exposure to energy,” Rieder said. “That is a big shift versus last year.”

While he thinks the US will wind up with better growth than other regions, Rieder says global stocks have more upside because they’re so cheap relative to US stocks.

“We’ve increased some exposure outside the US to the European financials and some of the European cyclical companies,” he said. “European banks, they trade at a fraction of book value and it doesn’t take much to get them to have significant outperformance.”

Rieder also thinks the dollar is going to be flat to weaker. He says investors underestimate how much of a difference that will make to non-US nations and equities, and how it will make European and Asian stocks much more attractive.