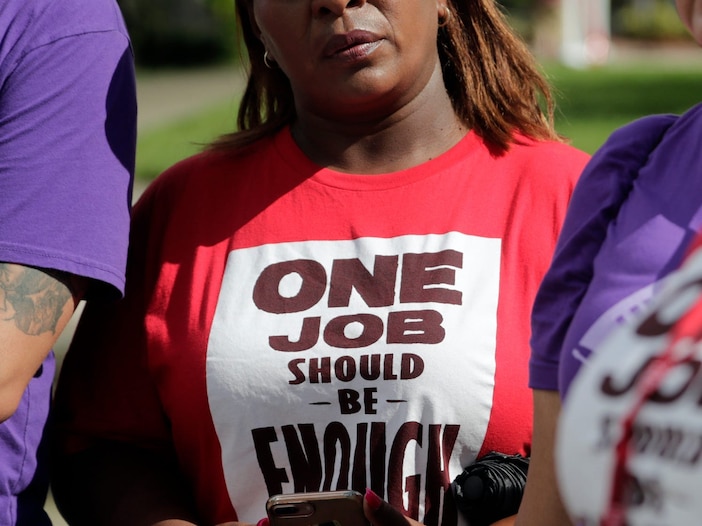 A woman wears a T-shirt reading “One Job Should be Enough” during a rally calling for an increase in the minimum wage in 2019 in Miami.

For years, fast-food and other restaurant chains have been battling against a federal minimum wage hike. Now, in 2020, some are giving up the fight.

In an interview last week, Waffle House CEO Walt Ehmer told Business Insider that there appears to be a new presidential administration in place, with President-elect Joe Biden bringing “a different attitude” on minimum wage than President Donald Trump. Biden pushed a $15 minimum wage as part of his campaign, a change that Ehmer says will not necessarily hurt Waffle House’s business.

“We’ve had to deal with differences in minimum wages, state by state, as the states have taken the lead in moving forward,” Ehmer said.

Read more: Waffle House reveals why it will never shut down indoor dining again unless it’s forced to, as the CEO takes a stand against lockdowns

According to Ehmer, most Waffle House workers already make more than $15 per hour. The CEO believes that there should be a federal floor for minimum wage, which would be indexed and increase annually. Different states would then set different minimum wages above the federal floor, based on local conditions.

“I don’t think it makes sense to just leave it alone and not talk about it, and eventually it becomes a huge issue,” Ehmer said of the federal minimum wage.

McDonald’s CEO Chris Kempczinski is similarly emphasizing that the chain has managed to adapt to local minimum wages, across the US and around the world. McDonald’s stopped lobbying against raising the minimum wage last year.

“We’ve been pretty clear for a while now that we are not against a conversation about the minimum wage,” Kempczinski said in a recent interview with CNBC. “We work in 120 markets around the world with wage rates all over the place, from over $20 to less than that.”

Ehmer and Kempczinski’s thinking seems to have permeated much of the chain restaurant industry in 2020. States raising minimum wage and international expansion have already forced chains to deal with higher pay. This November, Florida became the latest — and most conservative — state to pass a $15 minimum wage.

Biden’s election may not force a federal minimum wage hike, as the president-elect will be dealing with a divided government that is less likely to pass progressive legislation. Still, in 2020, discussion of new minimum raise regulation has mostly been met with solutions, instead of outcry against higher wages. 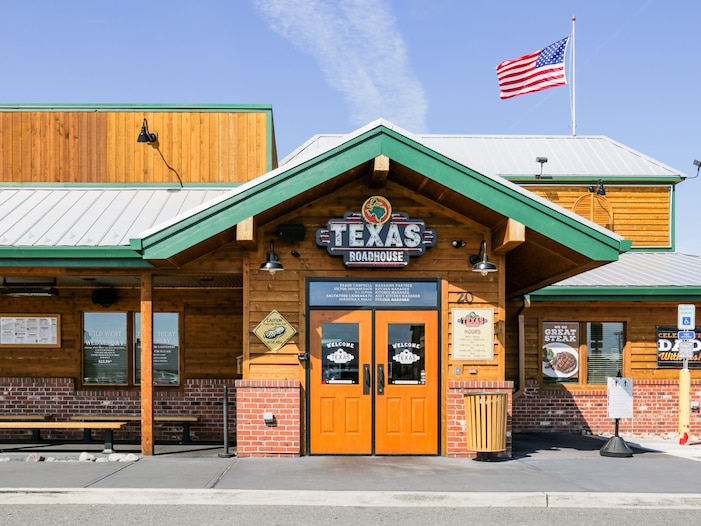 That is not to say that a higher federal minimum wage will not require restaurants to make some changes to find the funds to pay workers more. A number of executives have said they would consider raising menu prices if the minimum wage increases.

“Ultimately in any business, the customer pays for everything,” Waffle House’s Ehmer said. “We don’t have any other source of revenue other than the customer. So, we have to be careful how we treat our customers and we don’t stick it to them with giant price increases.”

“I would say there is a short-term shock,” Taylor told investors in late October. “And then long term, there’s an adjustment, both on our side and the guest side.”

Some chains appear to be taking preemptive action. While Starbucks declined to comment on federal minimum wage, the coffee giant recently announced all in-store workers would be getting raises. Starbucks representative Reggie Borges told Business Insider in a statement that it was one of the “most significant investments to hourly pay in the U.S. in the history of the company.”

“We have a multi-year aspiration to make more meaningful investments in pay as it continues to rebuild and grow the business,” Borges continued.