COVID-19 has created a once-in-a-lifetime crisis for Carnival and Royal Caribbean, but after surviving hijackings and shipwrecks, the industry looks unsinkable 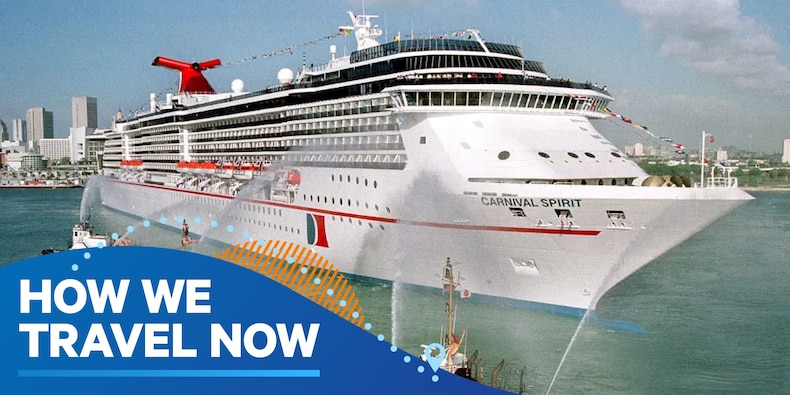 Carnival and Royal Caribbean have loyal customers and don’t appear close to running out of money.

The coronavirus has thrown the cruise industry into disarray this year as a rash of outbreaks on ships, weeks-long quarantines, and an eight-month ban from US waters has created a financial and PR nightmare.

Despite those headwinds, the industry is not in danger of collapsing, experts told Business Insider. Cruise lines have survived near-sinkings before, and are positioned to do so again.

“I expect a complete, full recovery of the cruise biz,” said Bob Levinstein, the CEO of CruiseCompete, a website that allows sea-goers to compare prices offered by travel agents.

They’re already on their way. In recent months, sailings have slowly resumed in Europe, while the Centers for Disease Control and Prevention are allowing cruise lines to take the first steps toward receiving approval to return to the US.

Carnival Corporation, the world’s biggest cruise company, said in October that reservations for cruises scheduled during the second half of 2021 compared favorably with the advance bookings it received in prior years. Royal Caribbean Group said more than 65% of its 2021 bookings were new reservations, rather than those rescheduled from this year.

Over the years, cruise ships have been the subject of a handful of highly publicized disasters, including a a deadly hijacking, a captain who ditched a vessel that crashed into a rock and sank, killing 32, and a ship that had to be towed to shore after its toilets and freshwater system broke down, earning the title “poop cruise.” But while those incidents dominated headlines, they didn’t represent the experience of the average passenger.

Levinstein said the media tends to create the impression that cruises are more dangerous than they actually are, citing coverage of norovirus outbreaks. If at least 2% of a ship’s occupants develop a gastrointestinal illness, the ship has to file a public report with the Centers for Disease Control and Prevention. Hotels don’t have the same obligation, Levinstein said, which means a norovirus outbreak at a resort isn’t likely to attract as much media attention as one that happens to spread through a cruise ship.

Plus, cruises have a number of advantages over other vacation options: the ability to travel to multiple countries in one week without having to arrange transportation and lodging, a wealth of food and entertainment options close to your cabin, and an environment conducive to making new friends.

Those selling points have helped the cruise industry build a loyal customer base that has grown steadily over the past decade. The number of passengers sailing on ships represented by the world’s largest cruise-industry trade association rose from 18 million in 2009 to 29 million in 2018.

Now, those vacationers appear ready to hop aboard once their favorite ships are back at sea. In a CruiseCompete survey released in August, 62% of respondents said they were very likely to take a cruise before the end of 2021, while 89% said they were at least somewhat likely to do so. A survey published by the website CruiseCritic in July had a similar result, with 76% of respondents saying they planned to book a cruise at some point in the future.

“Every regular cruiser has had at least one cruise canceled,” enthusiast John Shapiro told Business Insider earlier this year. “We have actually promised ourselves that we’re going to book extra cruises to make up for it.”

But not every potential passenger is a die-hard fan. Those who are not already committed to taking a cruise next year have to consider the risks that their voyage doesn’t go as planned. Until a reliable COVID-19 vaccine has been widely distributed, the possibility of an outbreak could lead to a quarantine that extends beyond the cruise’s scheduled end date or restrict what passengers are allowed to do, said Ross Klein, Memorial University of Newfoundland professor who has written multiple books about the industry. Some ships that have returned to service have already had COVID-19 outbreaks.

“They are experiencing exactly what we feared they would,” Klein said.

No matter how many people line up to take a cruise next year, demand is just one part of the equation that will determine how the industry weathers the COVID-19 storm. If cruise companies run out of money before a significant percentage of their ships return to service, their customers’ loyalty won’t matter. But that isn’t likely to happen, said Morningstar analyst Jaime Katz, who covers the cruise industry.

The three biggest cruise companies — Carnival Corporation, Royal Caribbean Group, and Norwegian Cruise Line Holdings — have been on a fundraising and cost-cutting spree since March. Carnival said in a September filing that it had $8.2 billion in cash on August 31 and expected those reserves to fall by around $530 million during each of the following three months. At that rate, the company could survive until late 2021 before running out of money.

“I think they have secured a fair amount of liquidity to survive at least through 2021,” Katz said of Carnival, Royal Caribbean, and Norwegian.

Those companies probably won’t reclaim their pre-COVID profit levels in the next few years — Katz predicts Carnival’s earnings before interest payments, taxes, depreciation, and amortization won’t return to its 2019 mark until 2024, and believes Royal Caribbean earnings-per-share won’t rise to its 2019 level during any of the next five years — but lenders seem to believe the risk that they will default on their debt is falling, Katz said, as they have been offering loans with lower interest rates since the pandemic began.

“There seems to be the belief that these businesses will survive,” Katz said.

Faced with a once-in-a-lifetime crisis, the cruise industry hasn’t flinched, proving that it just might be unsinkable.