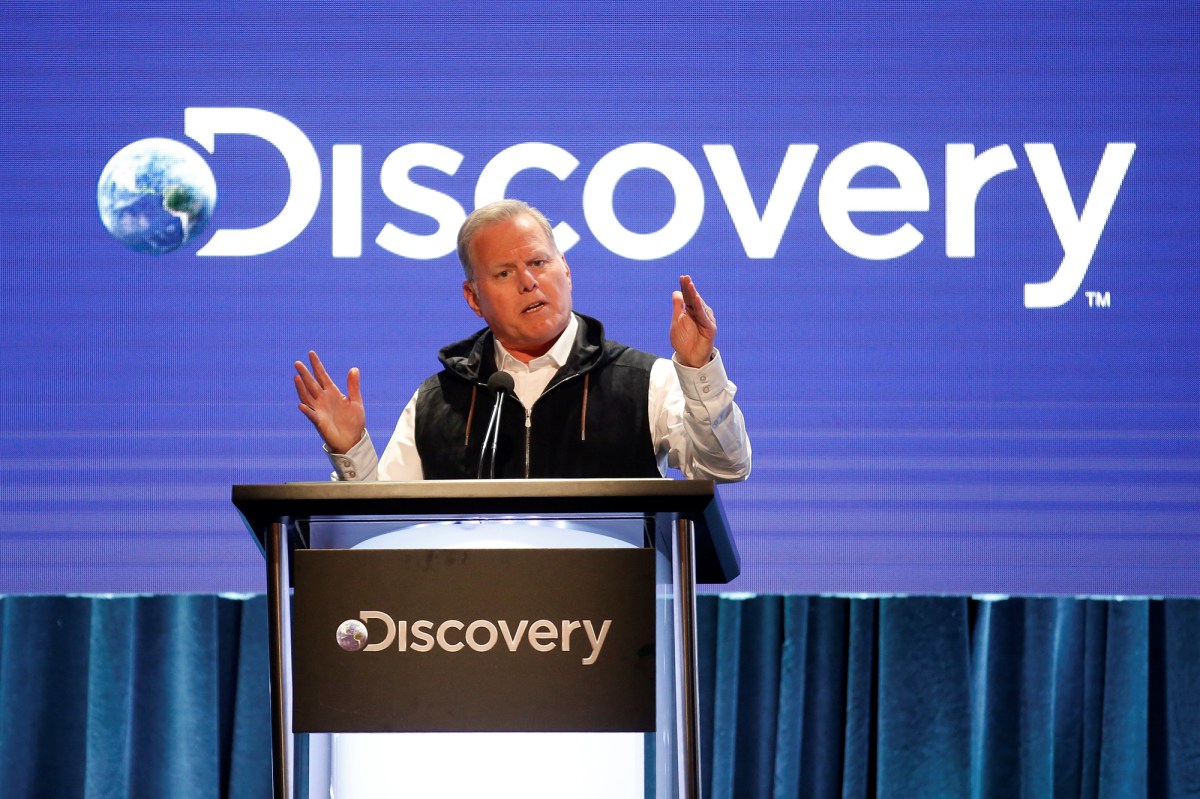 Investors sent shares of Discovery up 4 percent on Thursday after the company revealed that its ad sales — dragged down by the pandemic earlier this year — have been rebounding.

The media company behind Food Network, HGTV, TLC and the Discovery Channel on Thursday said it suffered an 8 percent slump in advertising sales for the three months that ended in September, bringing third-quarter revenue to $2.6 billion. While that’s down 4 percent from last year’s third quarter, it’s a dramatic improvement from the previous quarter and beat Wall Street’s expectation for revenue of $2.5 billion.

Discovery reported net income of $300 million, or 44 cents a diluted share — up 15 percent from the year-ago period but fell short of analysts’ expectation for 65 cents a share.

“Discovery delivered improving financial results in the third quarter, a testament to the powerful appeal of our content and brands, led in the US by TLC, which beat top-rated sports and news networks in coveted primetime demos, even in a record year for cable news,” Zaslav said. “In the midst of macroeconomic uncertainty with the ongoing COVID pandemic, as well as the continuing evolution of our industry, we remain focused on positioning Discovery for long-term growth and shareholder value creation through the execution of our strategic priorities, including our next-generation initiatives.”

The company is planning to launch a streaming service next month, which will help it compete with streaming giants like Netflix, Hulu and NBC’s Peacock, among others. Zaslav noted that the service will be different than the competition, as it will feature Discovery’s full library of content, which is largely stocked with unscripted programs devoted to lifestyle topics such as cooking, nature and cars.

“We have been holding our content for this moment for a very long time,” Zaslav said. “People won’t say ‘Oh, no another 40, 50,000 hours of content. They will say, ‘That’s the stuff I love.”