ECB says European banks can restart dividend payments next year if they show resilience, according to a report 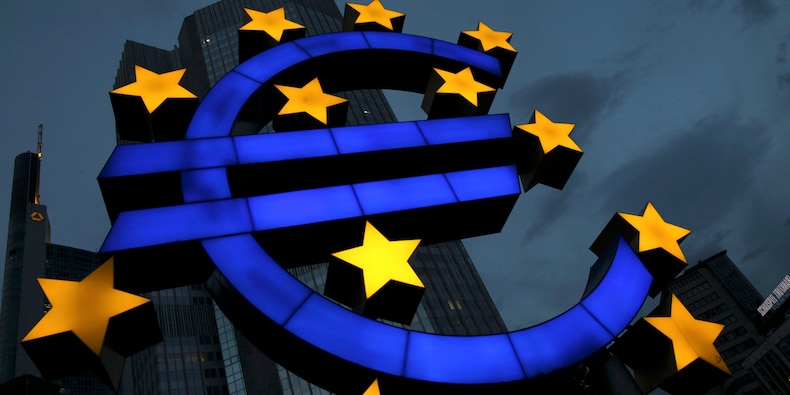 European banks can resume paying shareholder dividends next year if they show resilient balance sheets and have the capacity to deal with the economic fallout from the coronavirus, a senior ECB official told the Financial Times.

Europe’s central bank ordered lenders in the region to freeze their dividends and share buybacks earlier this year due to the exceptional uncertainty surrounding the COVID-19 pandemic. Scrapping dividends took a heavy toll on the share prices of major banks, making them call for resumption of distribution.

But the dividend ban may not be able to last long under legal circumstances, according to Yves Mersch, a member of the ECB’s executive board.

Mersch told the FT the central bank may not have the power to extend a blanket ban, and especially so if countries beyond the eurozone, like the UK, restore dividend payments.

Read More: A portfolio manager at $38 billion Baron Funds shares his checklist for investing in the most promising SPACs — and names 3 of the booming ‘blank-check companies’ he finds attractive now

A return to paying dividend “would all depend on the conservatism of internal models in the banks, on conservatism in provisioning and a sound view of the capital trajectory of a bank,” Mersch told the FT.

He said the ECB should be very conservative about allowing the resumption of pre-pandemic payout ratios, but there was no need for an all-out ban. Rather, regulation must be judged on a case-by-case basis. He warned that some banks were still using “very rosy scenarios” to show the amount of capital relief required.

He also pointed out it would be surprising for banks to fund shareholder payouts using regulator-provided relief, which is as much as four times the amount they intended to pay as dividend, the FT said.

“In other jurisdictions, there also seems to be a move towards a case-by-case approach,” Mersch said.

A number of large eurozone banks have said they would seek to restore dividend payments to investors. Spanish lender Santander is aiming to resume payments next year, while France’s BNP Paribas is also counting on a return to shareholder payouts following its third-quarter results.

Read More: Morningstar’s top stock pickers say these are the 10 highest-conviction stocks they recommend — which top fund managers recently piled their money into