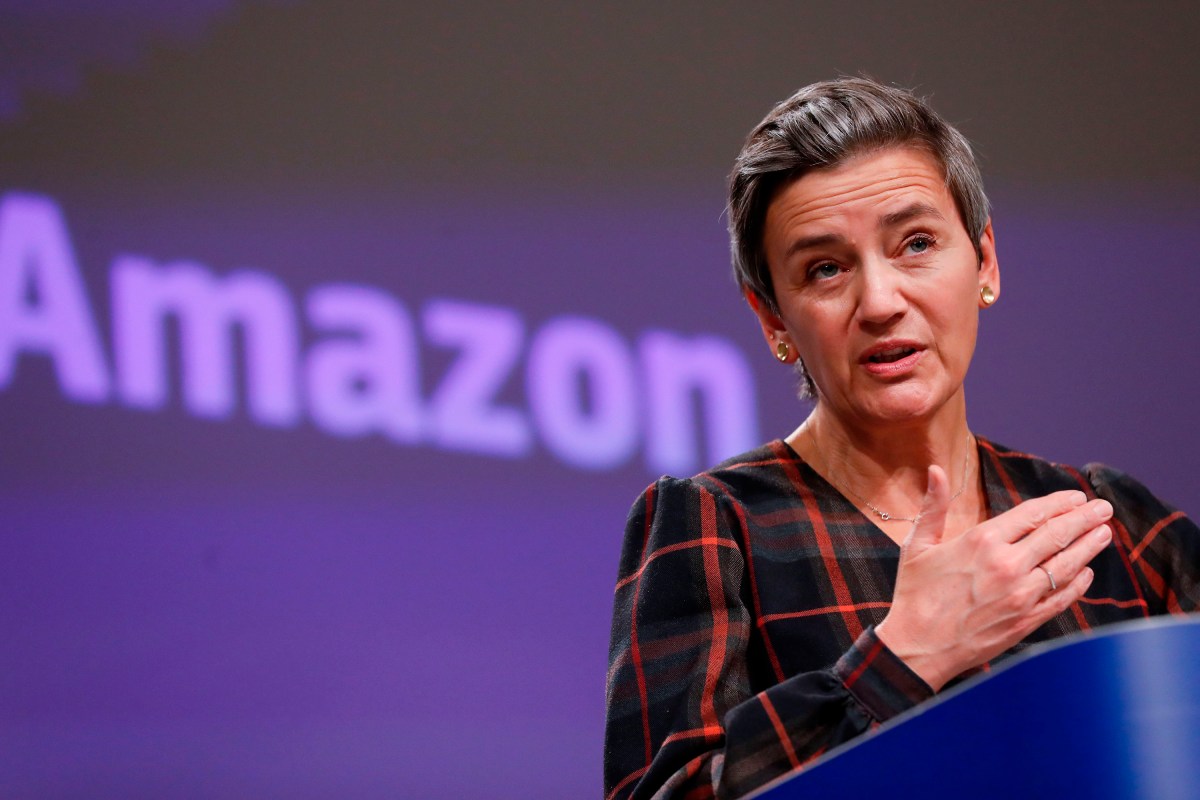 European Union officials charged Amazon with antitrust violations Tuesday for allegedly harvesting data from outside merchants to boost its own retail business.

The European Commission said it has also opened a second antitrust investigation into whether the e-commerce giant gives special treatment to its own offers and to merchants who use its delivery services.

“Data on the activity of third party sellers should not be used to the benefit of Amazon when it acts as a competitor to these sellers,” Margrethe Vestager, the EU’s competition commissioner, said in a statement. “The conditions of competition on the Amazon platform must also be fair.”

The charges brought Tuesday grew out of a probe the European Commission started in July 2019 that focused on Amazon’s “dual role” as a retail marketplace and a seller that competes with merchants on its platform, a dynamic that has also drawn scrutiny in the US.

The Seattle-based company can respond to the allegations in writing and request a hearing to defend itself before the EU makes a final decision in the case, which is expected to come next year.

EU officials say they found evidence that employees at Amazon’s retail business have access to “very large quantities” of data from outside merchants, including their revenues and the numbers of products ordered and shipped from their stores.

Amazon aggregates that data and uses it to calibrate its own retail offerings and business decisions “to the detriment of the other marketplace sellers,” the European Commission said. Officials say the practice lets Amazon leverage its dominance and “avoid the normal risks of retail competition” in France and Germany, its largest EU markets.

The EU’s new probe will examine how Amazon chooses the products that are featured in its “Buy Box,” which allows customers to add items from specific retailers directly into their shopping cart. Officials say they’ll look at whether Amazon’s criteria for making those picks favor its own retail business or merchants that use its logistics services.

Amazon said it disagrees with the commission’s assertions and noted that more than 150,000 European businesses generate tens of billions of euros in revenues through its stores each year.

“Amazon represents less than 1 percent of the global retail market, and there are larger retailers in every country in which we operate,” an Amazon spokesperson said in a statement. “No company cares more about small businesses or has done more to support them over the past two decades than Amazon.”

Tuesday’s moves marked the EU’s latest effort to enforce competition rules against massive American tech companies as they face growing regulatory scrutiny in the US.

The European Commission has also slapped Google with hefty antitrust fines in recent years while waging a legal battle with Apple over $15 billion in back taxes allegedly owed by the iPhone maker.