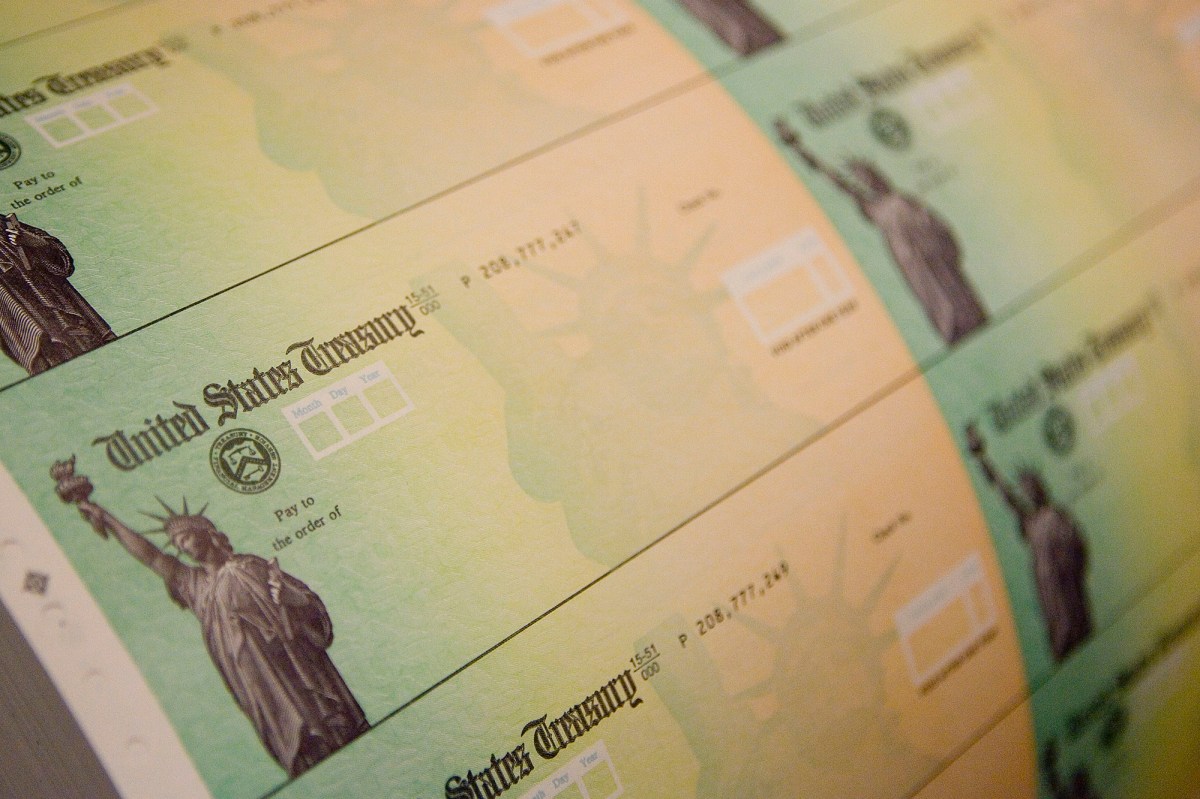 The feds reportedly doled about two-thirds of the money set aside for the second round of coronavirus stimulus checks in just one week.

As of Tuesday, the Treasury Department had distributed more than $112 billion worth of the $600 payments since they started going out last week, The Wall Street Journal reported. The checks were reportedly expected to cost roughly $164 billion overall.

That suggests the second checks have gotten to Americans faster than the first. The Internal Revenue Service took about three weeks to distribute a little more than half of the $293 billion set aside for the initial $1,200 checks in last spring’s massive CARES Act stimulus bill.

But the process hasn’t been free from glitches despite the increased speed.

For instance, taxpayers grew confused about the status of their payments after learning that tax preparers H&R Block and TurboTax had become middlemen for the money. And the IRS admitted that some checks were sent to closed or inactive accounts, forcing banks to return the money to the feds.

“While the IRS has been able to deliver the second round of Economic Impact Payments in record time, we understand there are many questions and we appreciate everyone’s patience during this period,” the tax agency said in a statement Tuesday.

Officials have not said how many individual payments have been distributed, but those made so far were delivered electronically to taxpayers’ bank accounts, according to the Journal.

Eligible Americans who haven’t received the payment may need to wait for a check or debit card to arrive in the mail, which could take as long as three to four weeks, the IRS said.

People who were unfortunate enough to have their money sent to a closed or inactive bank account won’t receive a direct deposit or paper check, officials said. Instead, they’ll have to claim the payment as a “Recovery Rebate Credit” when they file their 2020 tax return this year.

Taxpayers can use the IRS’ “Get My Payment” tool to learn whether they’re in this category. If they are, the tool will display a message that says “Payment Status #2 – Not Available.”

The Treasury Department did not immediately respond to a request for comment Wednesday morning.