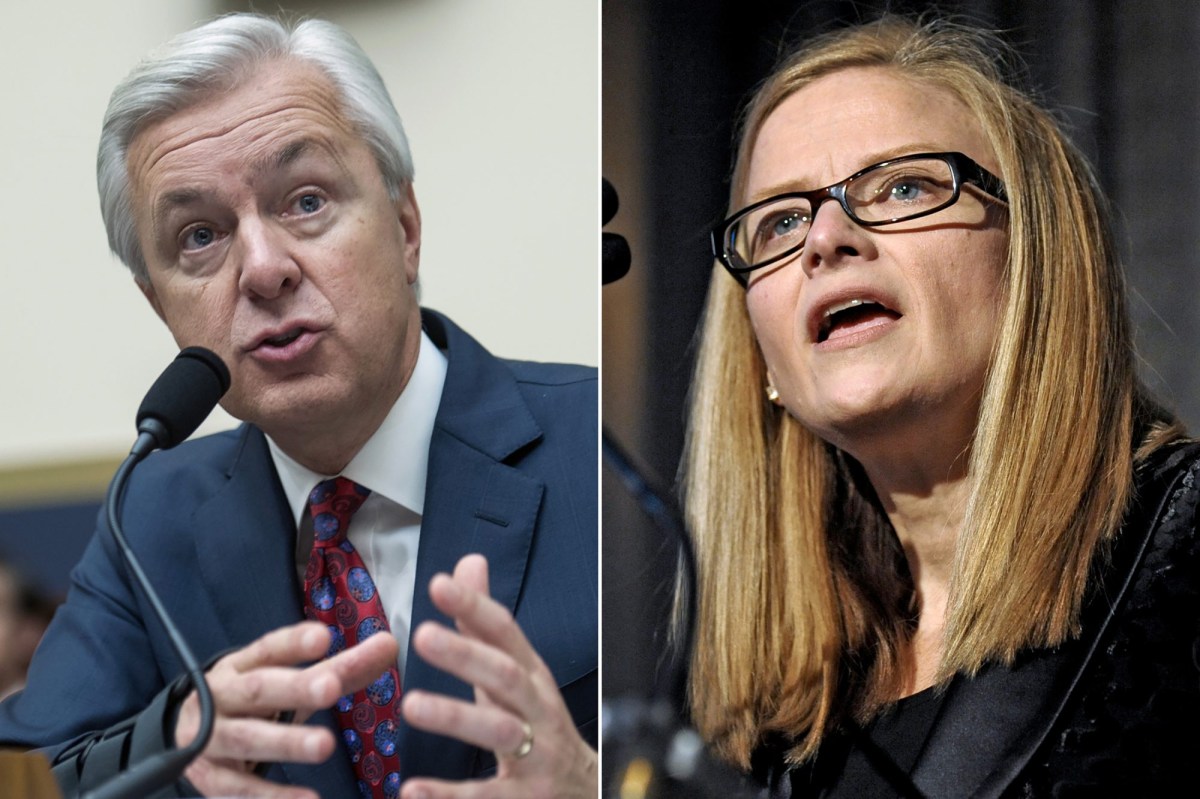 The feds slapped ex-Wells Fargo chief John Stumpf and the bank’s former community banking head Carrie Tolstedt with fresh civil charges and fines over their roles in the fraud scandal that rocked the bank in 2016.

The Securities and Exchange Commission said Friday that Stumpf and Tolstedt intentionally misled investors about Wells’ community bank as they inflated the unit’s financial performance while also creating millions of fraudulent and unauthorized accounts.

The 66-year-old Stumpf — who left Wells in October 2016 at the height of outrage over the fake accounts, and who famously weathered a grilling from Sen. Elizabeth Warren — has already agreed to pay a $2.5 million fine but will avoid admitting any wrongdoing to the SEC, according to a filing.

In January, Stumpf was barred from the banking industry and fined $17.5 million by a banking regulator.

Tolstedt, who was allowed to “retire” in July 2016 as her unit was revealed to be at the center of Wells Fargo’s crisis, is in significantly more trouble. She has been charged with fraud for certifying that “cross-selling” was on the up-and-up in 2015 and 2016, despite having been told that was not the case.

The SEC is seeking $25 million in penalties from Tolstedt, who was once considered one of the most powerful women in banking, and is looking to ban her from every serving as an officer or director of a public company. She is fighting the case in court.

“If executives speak about a key performance metric to promote their business, they must do so fully and accurately,” said Stephanie Avakian, Director of the SEC’s Division of Enforcement said in a statement.

The new charges do not appear to affect Wells Fargo directly. Current chief Charles Scharf has been dealing with regulators since taking the reins of the bank from Stumpf’s successor, Tim Sloan, in September 2019.

In February, Wells Fargo agreed to pay $3 billion to settle a joint probe by the SEC and Justice Department.