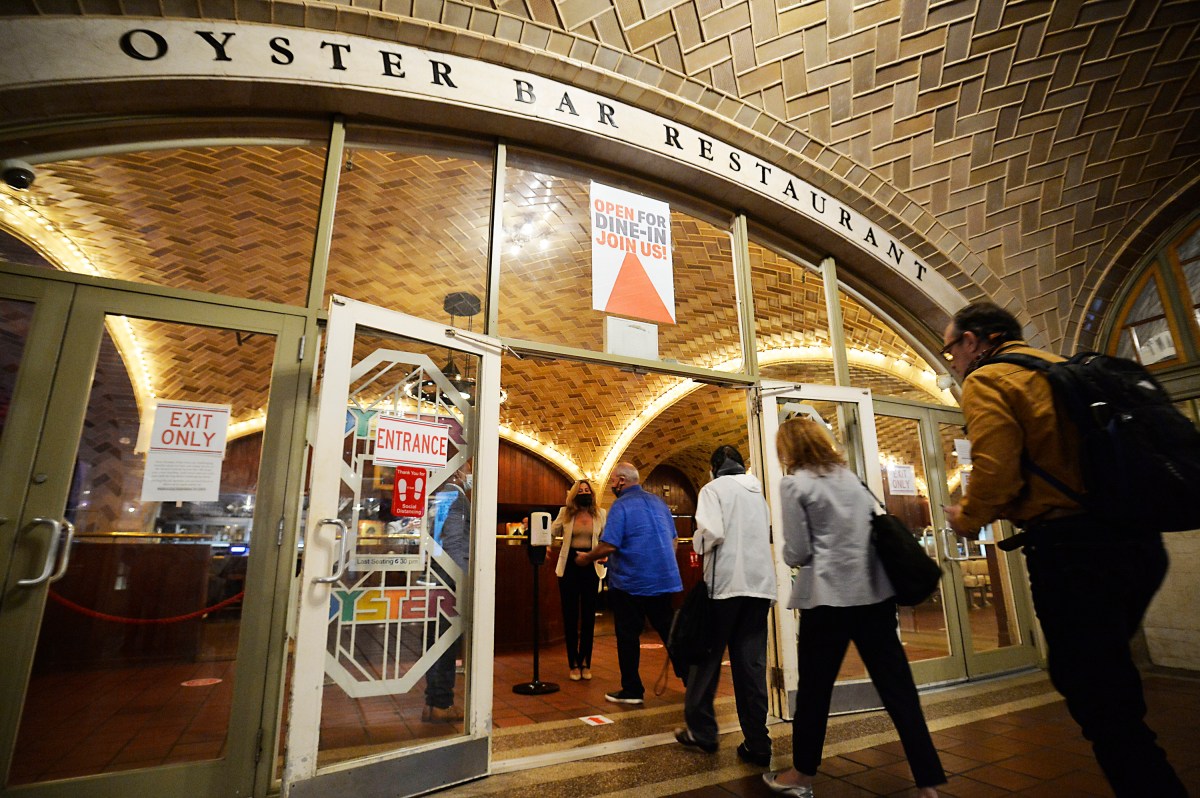 Despite lines out the door the day it finally reopened, Grand Central Oyster Bar is shutting down its doors — yet again — after just 12 days in business.

Indoor dining at 25 percent capacity just wasn’t enough to keep the lights on, the company said.

“We must temporarily close again due to the lack of traffic and business implicitly, caused by the COVID-19 pandemic,” president Janet Poccia, executive chef Sandy Ingber, vice president Mohammed Lawal and general manager Gabriel Moroianu said in a joint statement. “We do have a promise for all of you! We will come back stronger and with an even bigger desire to serve you.”

The iconic eatery, located in Grand Central Terminal, closed in March due to the pandemic and only began inviting customers again in on Sept. 30, when Big Apple indoor dining resumed at 25 percent capacity.

The grand reopening drew a line of oyster lovers to the 107-year-old eatery, known for shucking oysters in front of customers seated around counters that snake around half the restaurant. But the good times didn’t last.

“September 30 was our best day and after that it dwindled,” Ingber, the executive chef for the past 30 years, told The Post.

The cavernous 440-seat restaurant is used to cramming diners and commuters into its popular bar and dining room. But at 25 percent capacity, it could only accommodate 81 diners. And after Day 1 far fewer were coming in, Ingber said.

One reason is that the restaurant relies heavily on tourists who are no longer coming to the city. It’s also popular with commuters, local business people and suburbanites coming into the city for a special occasion, said Ingber.

The counters were not open during the short-lived reopening, even though the shuckers were there. Under the social distancing guidelines diners were separated by five seats.

“We were only doing 3 percent of the revenues we ordinarily do at this time,” the chef added. Early on the Oyster Bar decided against providing takeout because commuters were not coming into Grand Central and nearby office towers were similarly devoid of people.

Despite the bleak situation he said management has not “discussed closing permanently.”

The restaurant is hoping its landlord, the financially strapped Metropolitan Transportation Authority, will give it a break on its rent of which it has paid four months worth since March.

“We are awaiting a board meeting by the MTA on Oct. 21st and hopefully they’ll give us some rent forgiveness,” he said.