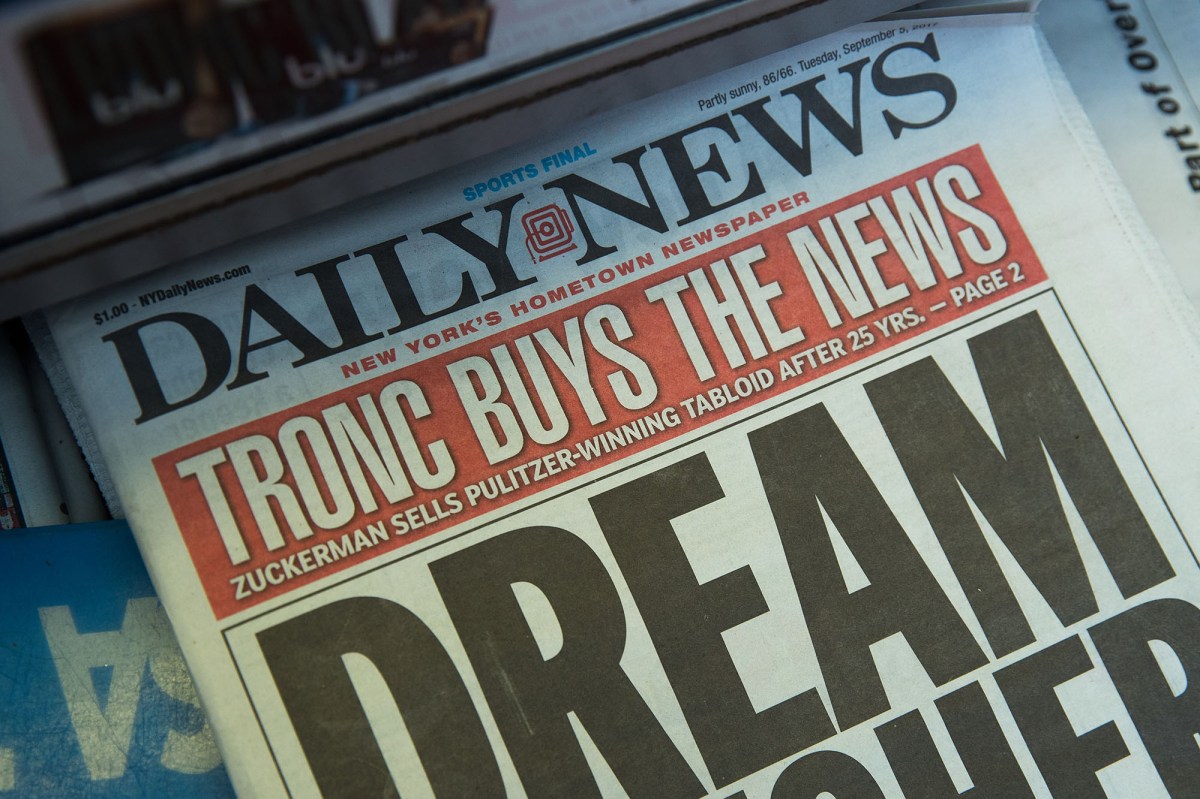 Hedge fund Alden Global Capital, the largest shareholder of Tribune Publishing, publisher of the New York Daily News, has offered to buy the rest of the newspaper publisher at a price that values it at $520.6 million.

Alden sent a letter to Tribune on Dec. 14, according to a regulatory filing posted Thursday, offering $14.25 per share for the stock of Tribune it doesn’t already own. Alden owns 31.6 percent of shares of Tribune, once briefly known as “Tronc.” The hedge fund said it had not received “any feedback” to its letter, which it described as a “preliminary inquiry.”

Tribune did not immediately respond to a request for comment Thursday.

Alden bought its stake in Tribune in November 2019 and has three seats on its seven-member board. Tribune publishes nine major daily papers, including the New York Daily News, Chicago Tribune and Baltimore Sun. Alden controls a major US publisher whose papers include the Denver Post, Orange County Register and Boston Herald. It has a reputation for layoffs and intense cost-cutting even beyond the newspaper industry’s overall turn in that direction. The unions at Tribune papers have pushed for alternative buyers for the company’s papers.

The newspaper industry has been consolidating as it struggles with a digital transition and shrinking revenues. Tribune has been cutting costs during the pandemic, including furloughs, pay cuts and closing its newsrooms.

In July, Alden extended an agreement with Tribune not to increase its stake above one-third until June 2021 in exchange for one more board seat on Tribune’s board. In the filing Thursday, Alden said a deal for all of Tribune would be conditioned upon approval by a special committee of independent directors and approval from owners of two-thirds of Tribune shares not affiliated with Alden.