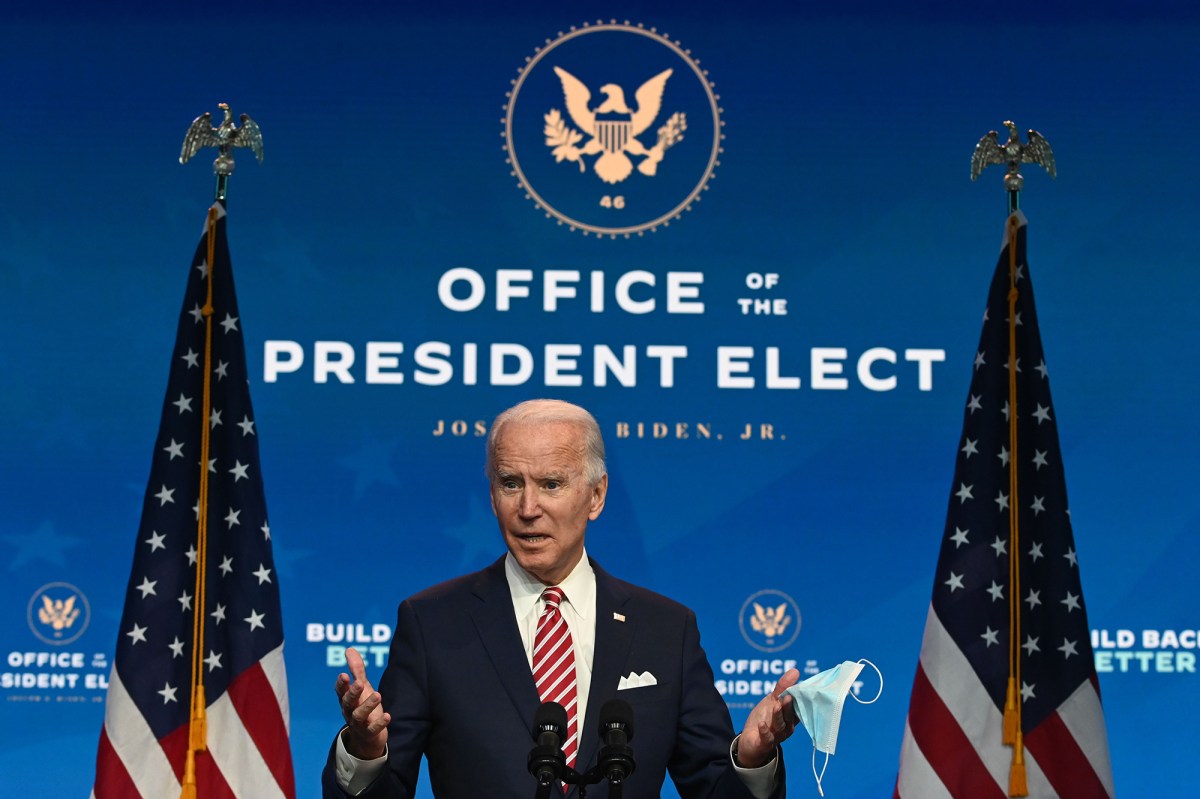 President-elect Joe Biden is relying on experts to help his team address racial inequality as he prepares to fill key economic posts.

He selected Mehrsa Baradaran, whose book “The Color of Money” focuses on the racial gap. Baradaran is a member of the Biden transition team focusing on the Treasury Department.

Lisa Cook, an economist at Michigan State University is focusing on the Federal Reserve and banking and securities regulators for team Biden.

The two are among more than 500 experts who will focus on the racial gap to shape Biden’s policies on issues including housing, health and business lending, according to Bloomberg News.

Biden and Vice President-elect Kamala Harris will face pressure to deliver progress for women and non-whites, who gave the ticket a record vote to elevate them to the White House.

Voters queried during exit polls on Election Day ranked the economy — not the coronavirus pandemic — as the most pressing issue.

“It’s an incredible signal to the black community,” Anna Gifty Opoku-Agyeman, co-founder of the Sadie Collective, a nonprofit working to get more Black women in economics, told Bloomberg.

“This administration is going to be focused on thinking about: ‘How do we build up black wealth? How do we close this racial wealth gap?’”

Racial inequality emerged as a top issue this year amid widespread protests against racism and police brutality following the deaths of unarmed men at the hand of the police. Blacks and other minorities also have been disproportionately impacted by COVID-19.

Biden and Harris are emphasizing diversity in their administration as they assume power.

More than half of people on transition teams are women and 40 percent are from under-represented groups — including reps from the LGBTQ community and people with disabilities, along with racial and ethnic minorities.