'I was really, really shocked': Shark Tank investor Kevin O'Leary told us how a rude awakening during the pandemic led him to build a new investing app – and shared 2 concrete strategies for… 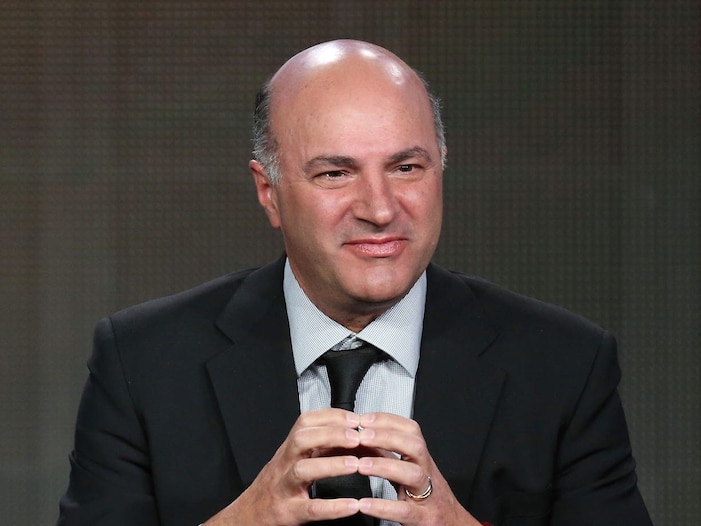 “It’s a mind-blowing statistic. Who knew this, this is horrific, this is a horrible problem,” he said. “And if we don’t do something about it, 40 years from now we’re going to have catastrophes.”

Kevin O’Leary was in for a rude awakening when the COVID-19 crisis hit the companies he had invested in throughout the years.

O’Leary, known for being a tough judge and prolific investor on the venture capital reality TV show Shark Tank, was helping his companies apply for the Paycheck Protection Program loans for small businesses when he came across a big problem.

“We were scrambling, it was total chaos as it was for most companies,” he recalled. “And you needed to get your payroll records as of February 15 and prepare to compare them to your payroll records June 30. That’s how the original loan structure was going to be set up.”

And that’s when O’Leary discovered that the majority of his employees, thousands of young people in their late 20s and early 30s, did not have any emergency funds set aside except for two weeks of salary and cash.

“I was really really shocked,” he said. “I couldn’t believe it. Even really good managers that I work with, really strong men and women, [have] no investment strategy. How is that even possible? It’s a huge failure of our society, in my view.”

A natural entrepreneur, O’Leary was immediately motivated to do something. Further research into the state of Americans’ financial affairs led him to an even more “horrifying” statistic, which was that 100 million Americans have little or no savings and investments, and almost nothing put aside for retirement. The US Government Accountability Office also estimates that 48% of households headed by someone over 55 have no retirement savings.

“It’s a mind-blowing statistic. Who knew this, this is horrific, this is a horrible problem,” he said. “And if we don’t do something about it, 40 years from now we’re going to have catastrophes.”

An investing app for the average person

That number alone was enough to set O’Leary on a mission to build an investing mobile app that is both simple to use and reflective of his long-term, conservative investment philosophy.

He partnered with fintech firm Bambu to build Beanstox, a robo-advisor that exclusively offers ETF-populated model portfolios. The app, which charges $5 a month regardless of the amount of money invested, started to offer new users the first three months free in December.

O’Leary says the app’s simple design, low cost, use of ETFs, and the latest offer are all meant to draw investors in, especially young people and those who have never invested before.

“I made the assumption incorrectly that everybody knows how to buy a stock or a bond or how to develop a diversified portfolio,” he said. “They don’t, that’s a fraction of the population that knows how to do that.”

O’Leary’s app is far from the first in its field. While he likes other low-cost robo-advisors such as Wealthfront and Betterment which charge a 0.25% annual fee on assets under management, he wanted the app to carry his investment philosophy.

“I like to own companies that have really strong balance sheets and pay distributions in the form of dividends because they’re profitable. I like stability; preservation of capital matters,” he said.

“I like tremendous diversification across sectors. I like domestic stocks, I like technology and all of these things are available using exchange-traded funds that give diversity and are very transparent and cost-efficient.”

While O’Leary has created a suite of ETFs under his O’Shares ETF brand, he did not include any of his proprietary ETFs in the model portfolios offered by Beantox.

“I didn’t use O’Shares because I wanted them to be arm’s length businesses,” he said. “I wanted Beanstox to be very very transparent on fees and on ETFs, so I’ve used other ETF families that I think have very high quality.”

As a multimillionaire who has invested in 23 companies on Shark Tank over the past decade, some might be skeptical about O’Leary’s plans with Beanstox. He said the app is not just a business, but also a key component of his financial literacy efforts in 2021.

“My mother used to tell me about this idea of karma: you have to give back. If you’ve been successful in life, what is your plan to give something back,” he said. “I think I found my kind of thing that I really want to do: financial literacy. I feel motivated about it, I care about it, and it’s a good place to talk about because this year just blew me.”

While 2020 has been a year of financial hardship for many, it has also served as a good wake-up call. For O’Leary, the biggest mistake now would be to not invest. A good strategy is to open an investment account and put aside $100 every week.

“My whole financial literacy push in 2021, it’s going to be incredibly simple,” he said. “It’s targeting people to say, if you don’t have an investment account, download Beanstox and try it out, but have the mental discipline to put aside $100 a week and put it to work. And then watch it grow, watch it go up and down with the markets.”

Another strategy, which O’Leary learned from his own investing mistake, is to avoid timing the markets.

“It is impossible to time the market, so the idea is that you take incremental amounts. Each month or each week and you put them into the market and you think long term,” he said.

“Even in these last 12 months, the majority of the returns came in a handful of days when the market went up, sometimes 8% in a single trading session. If you hadn’t been invested, you would have missed that move, which is a significant part of the returns.”

The strategies may sound too simple to be good, but O’Leary himself is walking the talk.

“What I do on Shark Tank is very speculative, that’s venture investing and that is something where not everything works out all the time,” he said.

He added: “The majority of my money is invested very conservatively with the same philosophy that’s baked into Beanstox, because that’s how I support my family, the charities I support, and the operational companies that I support.”