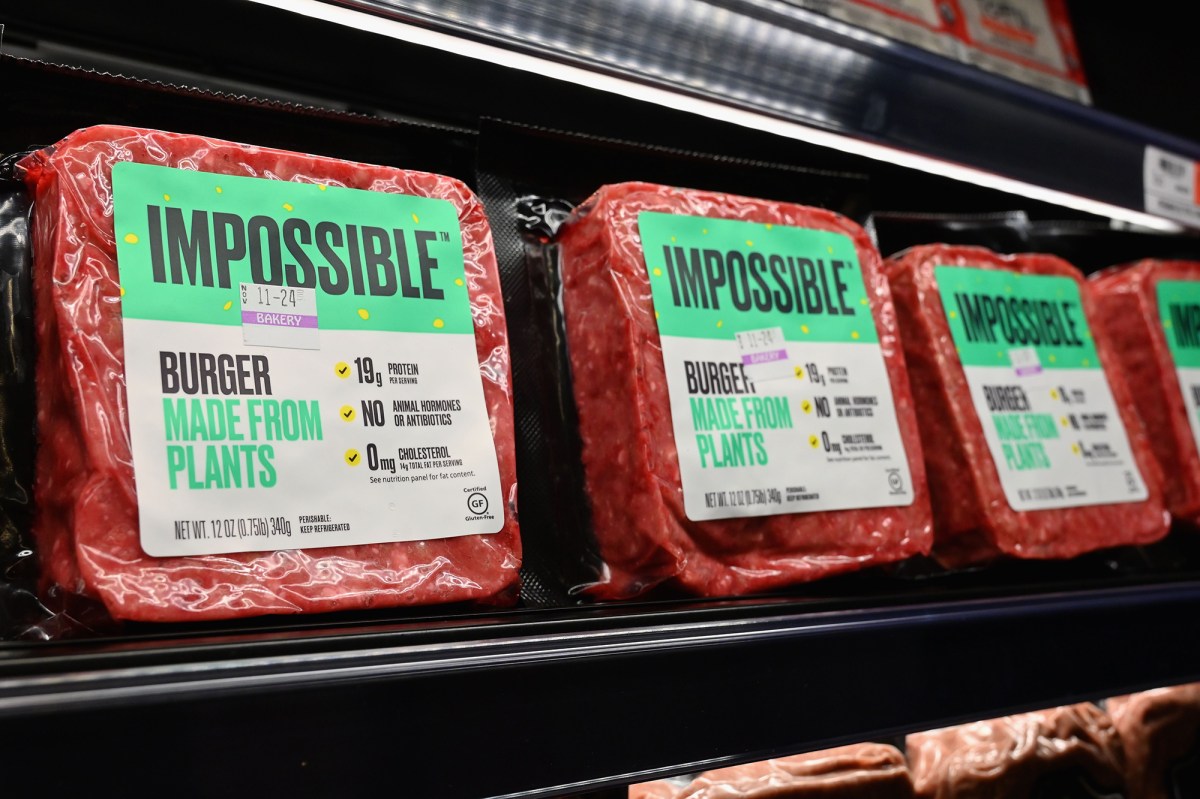 Impossible Foods is chopping its wholesale prices for the second time in less than a year as demand for its fake meat soars, the company said.

The latest cut will slice 15 percent off the cost of the Redwood City, California, company’s plant-based patties and sausages — a reduction the company is asking distributors to pass along to supermarkets and restaurants that sell its products.

Impossible Foods, which burst onto the food scene with patties that taste and even “bleed” like real meat, has made it its mission to displace sales of regular beef. But Impossible Foods’ burger patties are still about a buck more than regular chopped beef, which sells for about $2 per pound.

The latest cuts, which follow a 15 percent price reduction in March, makes Impossible Foods’ meat less expensive — at about $6.80 per pound — than the $9 per pound for premium grass-fed, organic beef for the first time, company spokeswoman, Rachel Konrad told The Post.

“We experienced skyrocketing growth in 2020, which allowed us to go into high production and to cut our per unit costs,” Konrad said.

The new prices will be in effect everywhere in the US and in Canada and Asia by the end of this month.

Demand for plant-based meats have increased dramatically during the pandemic, in part, because of meat shortages, but also because consumers became more health conscious and saw plant-based foods as a more healthy choice, experts said.

A year ago, Impossible Foods was available for purchase in 150 grocery stores and today is sold in 17,000 supermarkets, including Walmart, Target, Kroger. In December Costco began a pilot in 45 stores in California, Konrad said.

The privately held company’s products are also sold in national restaurants like Burger King, which introduced the Impossible Whopper in 2019, boosting customer traffic by nearly 20 percent in the first restaurants to offer it in St. Louis.

“Our stated goal since Impossible Foods’ founding has always been to drive down prices through economies of scale, reach price parity and then undercut the price of conventional ground beef from cows,” the company’s chief executive and founder, Patrick Brown said in a statement.