Inside CISA before the ax fell: Employees working on election cybersecurity say Krebs protected them from White House for months 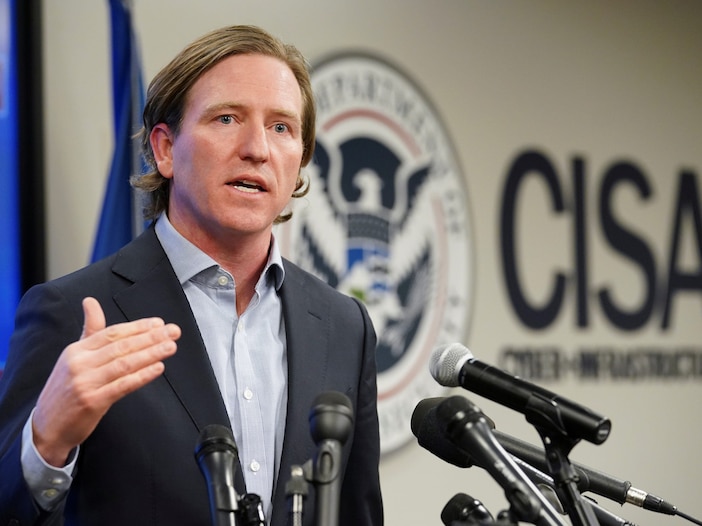 Employees of Chris Krebs, the nation’s top cybersecurity official who was fired Tuesday by President Donald Trump on Twitter, say he protected them from pressure from the president for months.

“We knew for a few months before the election that doing non-partisan work to protect the election would be seen as a threat by the president, especially when it comes to disinformation,” said a Cybersecurity and Infrastructure Security Agency employee who asked to remain anonymous due to fear of losing their job. “That was always a concern. We were able to fly under the radar and do the work because of Director Krebs’ leadership.”

Asked if the threat they felt from the White House created a chilling effect in doing their jobs to protect the election, the CISA employee said, “We were able to do our jobs because Director Krebs was a tremendous leader.”

The CISA employee said the team expected “the president would respond with retaliation” and that expectation grew after Krebs’ memo last week stating that there was no substantial evidence of election fraud. The agency’s debunking of disinformation about the election on its website also increased the perceived threat within the agency, the employee said.

Another CISA employee said the political pressure since the election has been the strangest thing they’ve seen from a cybersecurity standpoint. “We spent … years worrying about the Russians and others, and Election Day was quiet. Then all of this stuff came afterward.”

The employee, who also spoke on condition of anonymity, said they felt empowered to do their job because “Director Krebs made it clear that ‘I’ll handle the politics, you handle securing the election.'”

The employee said there would be “no let-up in our commitment” despite what they called “a big loss” in Krebs’ departure.

A friend of Krebs’ who works in cybersecurity for another federal agency said Krebs felt the pressure and “knew clearly what was going to happen to him.” Krebs did not respond to requests for comment.

In a tweet after the firing, Krebs said, “Honored to serve. We did it right. Defend Today, Secure Tomrorow. #Protect2020.”

Despite the looming threat, the friend of Krebs, who asked to remain anonymous, said no one in the federal cybersecurity agencies knew exactly when Krebs was about to be fired until President Trump’s tweet Tuesday evening. The tweet created confusion in cybersecurity at a vulnerable time for the nation’s cyberdefense, he said: “A bunch of us in the agencies are texting around asking, ‘Who the hell is in charge now?'”

In the days leading up to his firing, Krebs said he expected it and felt harassed by the White House, the friend said, citing an administration official quoted in the Washington Examiner telling a reporter in a text that “If Krebs cared as much about securing free and fair elections as he does about maintaining salon-quality hair, his job wouldn’t be in jeopardy.”

Other cybersecurity leaders and CISA employees reacted publicly with support for Krebs.

“Director Krebs should be commended for his nonpartisan approach to protecting democracy and ensuring a secure 2020 election,” tweeted Jack Cable, a 20-year-old member of Krebs’ team previously profiled by Business Insider.

“He built this agency out of nothing to defend the United States against adversaries in cyberspace,” said Jonathan Reiber, a Defense Department cybersecurity official in the Obama White House. “He did an incredible job.”

“The dismissal of Christopher Krebs as Director of the Cybersecurity and Infrastructure Security Agency is political, surreal, and disheartening,” said Chloé Messdaghi, vice president of strategy at Point3 Security. “Many in the cybersecurity community are deeply disappointed and more than a bit nervous.”

CISA and the White House did not immediately respond to requests for comment.