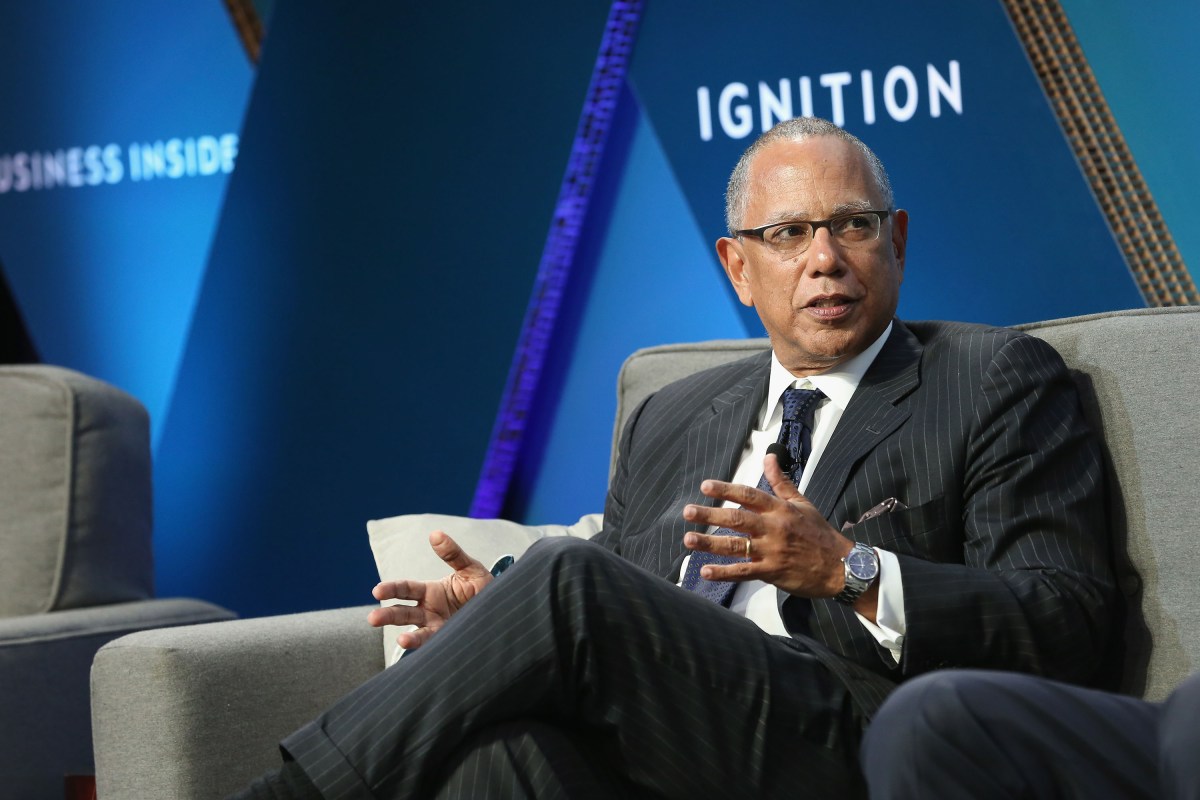 The race to find a replacement for the top job at the Los Angeles Times is already underway and one of the top candidates — if not the No. 1 name — is New York Times’ current executive editor Dean Baquet, sources tell Media Ink.

Baquet, who will hit The Times’ mandatory retirement next year, edited the West Coast daily between 2005 and 2006 before clashing with its then parent company Tribune over job cuts and making his way back East the following year.

If hired, Baquet would be the first African-American to head the big city daily at a time when the LA Times has been blasted internally and externally for its lack of diversity.

On Monday, Norm Pearlstine, 78, told LA Times’s staffers he is stepping down as executive editor after two years on the job. Pearlstine, who has personally come under pressure to make more diverse hires, said he will aid in the search for a successor.

“I am proud of what we have accomplished. I also recognize it’s the right time to find a successor — an editor who embodies the qualities needed to continue The Times’ revival,” Pearlstine said.

The paper’s owner, Dr. Patrick Soon Shiong, reached out to Baquet to return to the LA paper in 2018, shortly after he bought it from Tribune for $500 million.

The overture was rebuffed then. But this time around, the clock is ticking on Baquet’s tenure at The Times, which has a mandatory retirement age of 65. Baquet turned 64 last month.

The only editor at The Times to serve past his 65th birthday in the past 50 years was Joe Lelyveld, who announced his retirement in May 2001, shortly after he turned 64, but who was called back as interim executive editor following the sudden ouster of his predecessor, Howell Raines, in the wake of the Jayson Blair plagiarism scandal.

After Baquet turned down the job, Soon Shiong tapped Pearlstine — a venerable editor and veteran of Bloomberg, Time Inc., the Wall Street Journal and Forbes, who had been advising the health care billionaire in the search process since April that year.

In the wake of the turmoil and nationwide protests surrounding the death of George Floyd during the summer, Soon Shiong pledged in September to increase diversity. “As The Los Angeles Times’s first nonwhite owners in its nearly 139-year history, my wife, Michele, and I are determined to increase diversity within the organization,” he wrote. “We believe that The Times can better represent Los Angeles and California by providing more and better coverage of Black, Latino, Asian and other underrepresented communities in our English- and Spanish-language publications. We have committed to hiring more reporters and editors of color and to building an organizational culture that truly values representation and equity.”

Baquet was the national editor of the New York Times when he decamped for LA in 2000 to be the managing editor. In 2005, he was tapped to be the top editor, but left on election day 2006 after clashing with then-parent company Tribune over deep staff cuts to the paper that once had about 1,100 people in the newsroom.

There are about 530 newsroom staffers today, up from about 430 when Soon Shiong took over. The paper is estimated to be losing over $50 million a year and instituted four-day workweek for the newsroom this year due to the pandemic before recently restoring people to a full workweek.

If Baquet turns down the eventual overture, which sources say is still weeks away, there are at least five insiders who are also expected to make the short list. The company is highlighting diversity and digital and tech in its search, sources said of the list, which is still being drawn up. Potential candidates include: