Leaked document shows Amazon had plans for its new pharmacy service, code named 'Queso,' as early as 2014, with a vision to partner with Pfizer and Premera 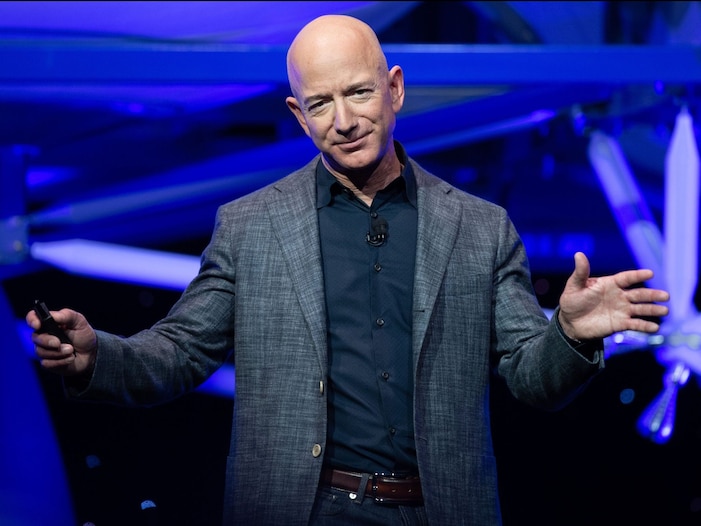 Amazon’s plans for its new online pharmacy business, which launched Tuesday as Amazon Pharmacy, dates back to at least 2014, and included broader ambitions to partner with Pfizer, Johnson & Johnson, and Premera, among others, according to an internal document obtained by Business Insider.

The project, secretly run under the code name “Queso,” is described as “the U.S. launch of Amazon Pharmacy that will sell prescription drugs to customers who have a valid prescription on file with Amazon.” The document was written in 2014, and says launching Amazon Pharmacy was a “flagship S-team goal for 2015,” referring to CEO Jeff Bezos’s top leadership group called the S-team.

The document discusses potential partnership opportunities with pharmaceutical companies, such as Pfizer and Johnson & Johnson, to combat counterfeit and non-compliant products. It also mentions working with insurance companies, including Premera and Humana, to help analyze patient data and save costs.

“Amazon Pharmacy’s simple but revolutionary concept is that customers should be able to shop for prescription drugs the same way that they shop for other goods,” the document says.

The previously unreported existence of this document shows how long it took Amazon to launch its first online pharmacy service, and reflects the difficulty in getting into a highly regulated industry. It also hints at Amazon’s bigger plans for Amazon Pharmacy, which may include partnering with other companies to further improve the service.

An Amazon spokesperson declined to comment. Representatives for Pfizer, Johnson & Johnson, and Premera did not respond to requests for comment.

On Tuesday, Amazon announced Amazon Pharmacy, a new digital storefront that offers two-day deliveries of prescription medicines to Amazon Prime members. Members also get on-demand access to pharmacists, while those without insurance are eligible for discounts on generic and brand-name drugs.

The announcement sent ripple effects across the pharmaceutical industry, with the stocks of rival pharmacies CVS, Walgreens, and Rite-Aid each down more than 8%.

‘A Pharmacy in Your Mailbox’

The 2014 document, titled “A Pharmacy in Your Mailbox,” was written as part of what Amazon calls a “working backwards” process, in which the project is explained in the form of a hypothetical press release. Not all projects pitched in this format turn into a real product, and it did not make clear the current status of any of the partnership ideas.

The outline of the service from 2014 broadly resembles what Amazon announced on Tuesday. It mentions “quick and easy” delivery of prescription medicine, with full access to a pharmacist and drug prices.

“The shopping and delivery experience should be quick and easy, with 24×7 access to a pharmacist, and customers should be able to browse and know the price they’ll pay before they buy,” the document says.

The move on Tuesday was Amazon’s first major step into the massive pharmaceutical space. After Amazon bought the online pharmacy startup PillPack in 2018, analysts have been expecting Amazon to eventually launch its own prescription delivery service.

“This offering will further Amazon’s attack on the ~$300 billion-plus consumer expenditure and ~$50-$60 billion gross profit opportunity within the US pharmacy/prescription drug industry,” Morgan Stanley’s Brian Nowak wrote in a note on Tuesday. “Further, the recurring (often scheduled) and high frequency nature of prescription drugs could drive even more stickiness to the Amazon platform.”

The document includes other ideas that weren’t announced on Tuesday.

To deal with concerns of buying potentially fake drugs online, the document says Amazon could partner with pharmaceutical manufacturers, like Pfizer and Johnson & Johnson, and the National Association of Boards of Pharmacy (NABP) to ensure all of its products are legitimate. It cites an NABP study that showed 97% of pharmacy websites being “rogue sites operating out of compliance with US law.” In fact, a recent survey by Piper Sandler shows over 73% of shoppers having concerns about the authenticity of pharmaceutical products on Amazon.

The document also says insurance companies, like Premera and Humana, would be open to partnering with Amazon Pharmacy because they would get to learn more about their patient data, which could further improve cost savings and compliance measures for them. Saying Amazon’s data aggregation capabilities are “second to none,” it says Amazon could use blind patient data to give more insights about patient behavior and how to keep costs low. Amazon said on Tuesday that Amazon Pharmacy accepts “most” insurance plans, but didn’t share other details.

Amazon could add other perks too. The document said it could make transferring a prescription to Amazon easy by allowing customers to simply take a picture of the label on their prescription bottle and their insurance cards. It also mentions making certain how-to videos available for patients that may have trouble with certain prescriptions, like injections for osteoporosis drugs.

But perhaps the biggest perk that went unmentioned on Tuesday may have to do with a far more straightforward benefit: one-day delivery. For now, Prime members are only promised free two-day deliveries on orders from Amazon Pharmacy.

“I entered my insurance information, purchased the prescription, and it was delivered the next day,” the document says, citing a hypothetical patient.