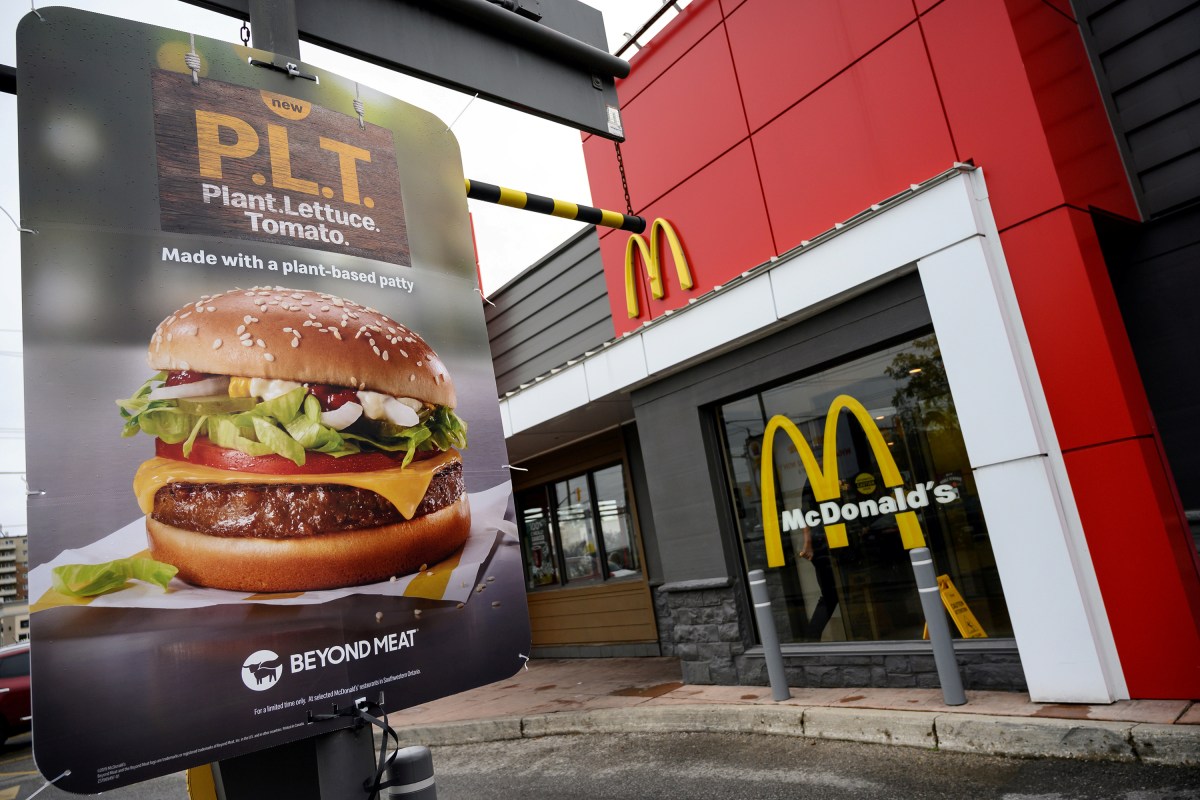 The world’s biggest restaurant chain has “created a delicious burger that will be the first menu option in a plant-based platform,” said Ian Borden, president of McDonald’s International. The McPlant line also may eventually include plant-based chicken and breakfast sandwiches, he added.

McDonald’s last year had tested burgers made from Beyond Meat, but those tests ended and the McPlant will be created by “McDonald’s for McDonald’s,” Borden said during an investor call.

McDonald’s said the McPlant is part of a new growth strategy. It also expects to launch a new Crispy Chicken Sandwich early next year, in part because sales of its Chicken McNuggets and McChicken Sandwich are exceeding sales of hamburgers.

“There are other plant-based burgers out there, but the McPlant delivers our iconic taste in a sink-your-teeth-in (and wipe-your-mouth) kind of sandwich,” the company said in a blog post according to USA Today. “It’s made with a juicy, plant-based patty and served on a warm sesame seed bun with all the classic toppings.”

The company’s recent marketing programs with such celebrities as rapper, Travis Scott and Latin singer J Balvin have helped to boost sales in recent weeks as the restaurant giant ran out of some ingredients, including lettuce and beef, after the Travis Scott meal launched.

The new growth strategy comes as McDonald’s has been posting surprisingly strong financial results during the pandemic. Same store sales in the US in the most recent quarter rose by 4.6 percent and its profit was $1.8 billion up from $1.6 billion a year ago.

Beyond Meat’s shares were down by more than 8 percent on the McDonald’s news.