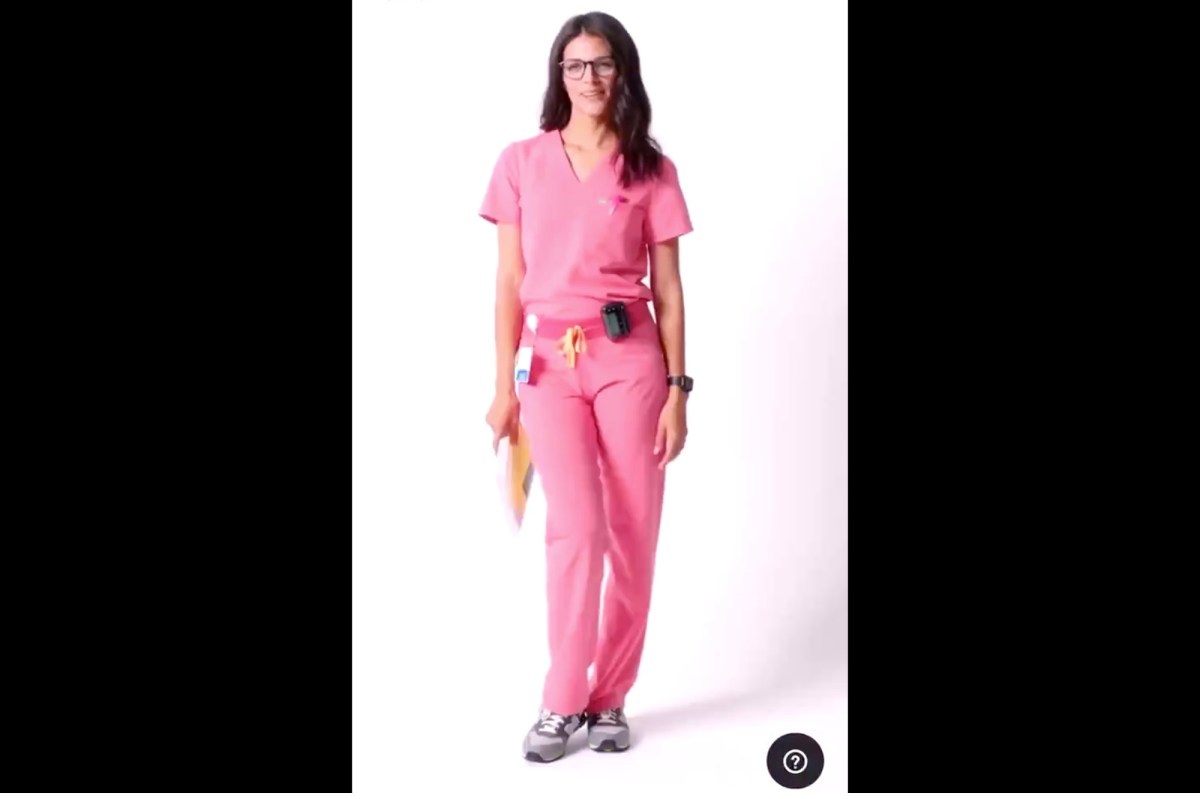 Trendy medical scrubs maker Figs is gearing up for an initial public offering even as it fends off allegations that it got its start stealing trade secrets from a rival, The Post has learned.

The eight year-old company, which has upended the medical uniform industry with fashionable scrubs it sells straight to the consumer, has been raising money from investors with promises of a “potential exit” in March 2021 due to “an IPO or direct listing,” according to an investor pitch deck obtained by The Post.

The Santa Monica-based company in September kicked off a campaign to raise $300 million in a “pre-IPO secondary” offering that would value it at $1.75 billion, the pitch deck shows. In selling the shares, Figs suggested that investors stand to double their money when it goes public next year at an estimated valuation of between $3.5 billion and $4 billion.

Figs also boasted to investors of a “cult-like” following akin to Lululemon and Peloton, and said it’s been a “large and clear beneficiary” of the Covid-19 pandemic. It said it expects revenues to grow by 124 percent this year to $250 million and to turn an operating profit this year after breaking even in 2019.

Figs has been disrupting the sleepy $10 billion medical apparel industry since 2013 with pricey scrubs that promise to be both functional and fashionable and which are sold directly to consumers instead of in bulk to hospitals.

Known for its provocative ads — including one that created a firestorm last month for depicting a woman in hot pink scrubs reading a medical book upside down — Figs has attracted celebrity investors like Will Smith and billionaire filmmaker Thomas Tull, who became the company’s majority shareholder in 2018 with a $65 million investment.

But the company also continues to be dogged by allegations that its business plan was derived from a 300-page confidential report that co-founder Trina Spear filched when she worked as a marketing associate for Blackstone, the private equity giant run by billionaire Stephen Schwarzman.

The lawsuit, by Figs largest competitor, Strategic Partners Inc., cites as evidence Spear’s own statements, including a 2016 interview for the Miami Hustle podcast that has Spear explaining how she met her fashion designer co-founder Heather Hasson.

“I had heard about what Heather was doing,” Spear says of Hasson’s plans to start making scrubs. “She had just had the idea for it and I said, ‘Scrubs? That’s really interesting because we were looking to acquire the largest company in the industry. And I sent Heather the 300-page report we had worked on and she was like, ‘What is this? How do you have this?’”

The complaint, which was filed last year and amended in August, doesn’t say whether Blackstone was looking to acquire SPI at the time, but it’s the largest scrubs maker in the world with 40 percent of the US market via brands like Dickies and Cherokee. Blackstone had been an investor and lender to SPI, which does business as Caresmatics, but no longer holds a stake, according to a source with knowledge of the situation.

The amended complaint names Spear and Hasson as defendants and claims Figs started as a necktie company but changed its business model after Spear accessed confidential information from Blackstone.

Figs “crashed into the scrubs market in 2012 under dubious circumstances,” according to the Los Angeles federal court complaint.

The lawsuit also points as evidence to a 2018 video interview Spear did for Refresh Miami where she allegedly states that she had “super confidential” Blackstone materials that she sent to Hasson.

“I did a private equity deal in the medical apparel space,” Spear said in the since-removed YouTube video, according to the complaint. “Sent her [Hasson] all the materials I’d worked on. That can’t leave this room. They are super confidential.”

Figs didn’t immediately respond to a request for comment, but in an August 31 response to SPI’s complaint, the company’s lawyers denied that Spear’s statements were evidence of “wrongdoing” or that they violated Blackstone’s code of ethics.

SPI’s allegations were not contained in Figs’ pre-IPO pitch deck, which could raise questions with investors, experts said.

“The basic rule is that when you are offering to buy or sell securities you need to provide anything that’s material,” said securities litigator Michael Dicke, a partner in Fenwick.
“There could be a separate disclosure out there, but it would certainly raise a question why it wasn’t disclosed in the deck.”

SPI’s lawsuit also claims Figs has as relied on false marketing, including its popular Threads-for-Threads program, which promises to give one pair of scrubs away to a needy healthcare worker for each one sold in the US.

“Figs has produced no evidence as to the number or type of scrubs allegedly donated in their one-for-one donation scheme,” SPI claims in the complaint.

And it takes issues with the company’s claims that its anti-microbial fabric reduces hospital-acquired infection rates by 66 percent, saying it hired an independent consultant to test the fabric and found that bacteria lived on the scrubs long after it made contact.

SPI also uses antimicrobial fabric in its scrubs but does not claim to kill a specific amount of bacteria.