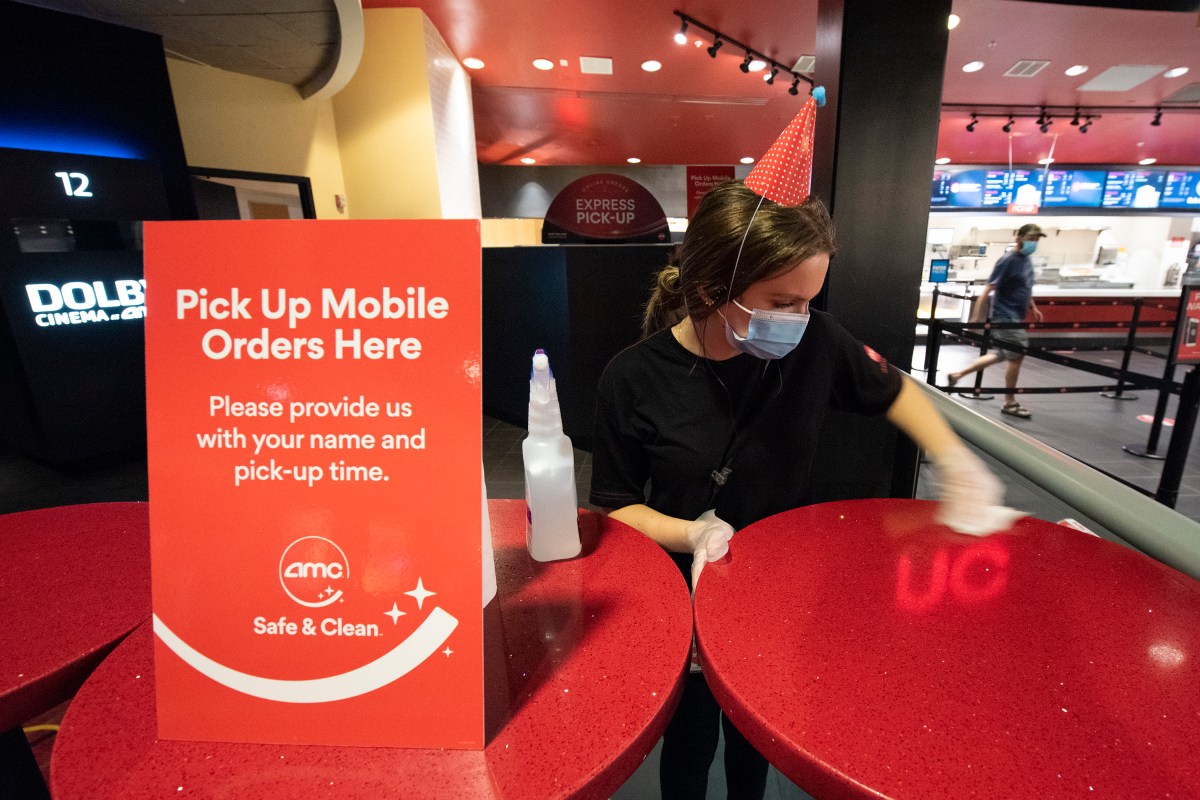 Movie theaters are reducing their hours as Hollywood pulls back on releasing fall blockbusters like “Wonder Woman 1984” and “Black Widow” amid the pandemic.

The biggest movie theater chains — including AMC Theatres, Regal Cinemas and Cinemark — said they are beginning to limit showtimes because there are no major films being released until late November. Some smaller movie houses in sleepier markets are following suit and taking it a step further by closing certain days of the week when traffic is low.

Cinemark, which owns more than 500 movie theaters in the US, said about 75 percent of its cinemas are open. The rep told The Hollywood Reporter Tuesday that it would “evaluate” opportunities where it sees demand, opening or closing more locations, accordingly.

“It’s a fallow period because few big films will be released before the end of the year,” Comscore media analyst Paul Dergarabedian told The Post.

Movie theater owners are looking to Nov. 20 for the release of the new James Bond flick “No Time to Die” and Pixar’s Soul to restart the box office, but there’s still a danger that if the coronavirus is still spreading, those films will be delayed, too.

Cinemas reopened where they were allowed in time for Christopher Nolan’s spy thriller “Tenet,” which rolled out over Labor Day weekend. But without major markets like New York and Los Angeles in play, the $200 million flick has struggled, grossing just $41.2 million domestically through Sept. 27. Movie theater operators had hoped “Tenet” would be followed by Disney’s “Mulan,” but that movie was sent straight to streaming service Disney+ at a premium price in the US over the Labor Day frame.

This month, Warner Bros. pushed back the release of “Wonder Woman 1984” to Dec. 25 from its original opening date of Oct. 2, and Disney moved “Black Widow,” starring Scarlett Johansson, to May 2021 from Nov. 6.

The impact of the delays has been immediate on movie theaters. According to Comscore, 3,453 out of 6,000 North American theaters were back in business over the weekend of Sept. 18. As of now, that number shrank to 3,350.

“This is about studios trying to find the best possible timeframe in which to release their films,” said Dergarabedian, who explained that studios are waiting for major markets to reopen in order to release their biggest films.

“Release date changes are the norm and not the exception,” he said before turning to the uncertainty of the pandemic. “It depends what happens with COVID-19.”