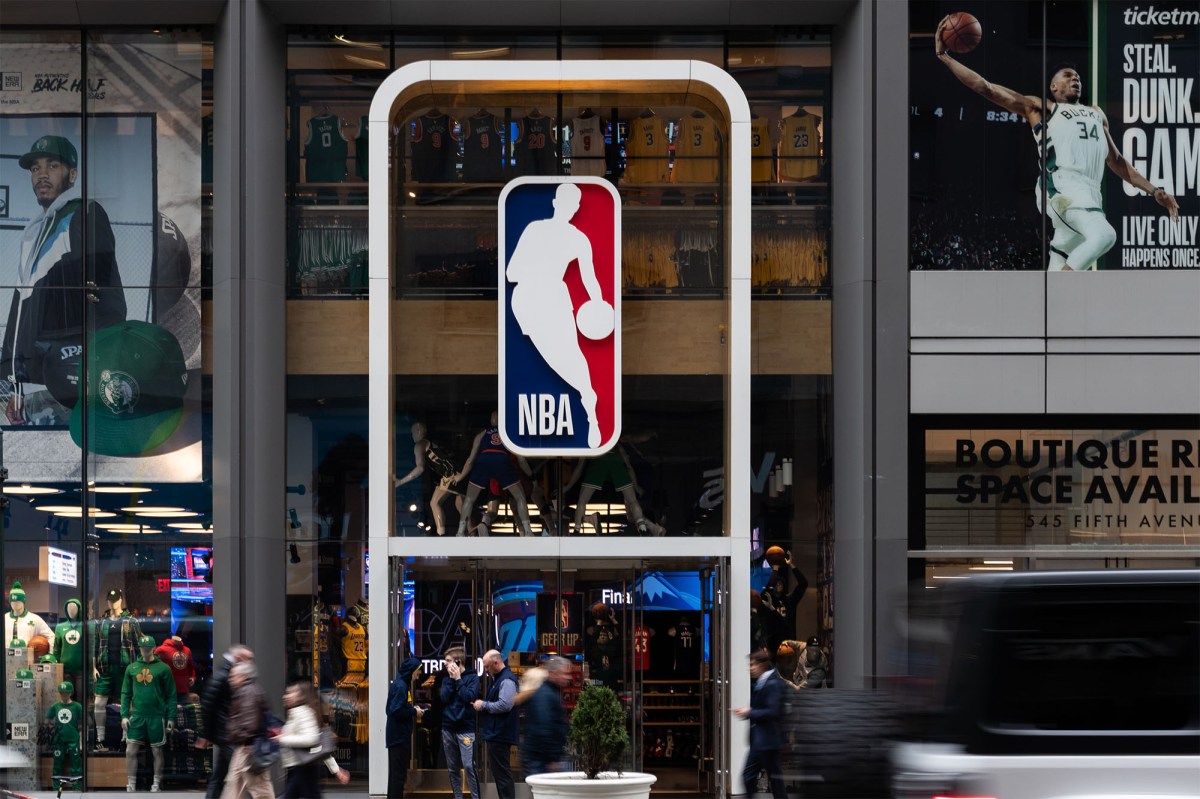 Landlord Joe Moinian wants a slam-dunk win in his bitter battle with the NBA over unpaid rent at the league’s theme store at 545 Fifth Ave.

He’s asking Manhattan Supreme Court Judge Debra James to rule on the case without a jury trial, claiming that the NBA doesn’t have a long leg to stand on.

His Moinian Group company is demanding that the league pony up nearly $4 million in unpaid rent plus interest dating back to the March statewide lockdown.

Many retailers are fighting their landlords in court over unpaid rent due to the coronavirus pandemic, but few cases are as high-profile as the NBA’s.

Moinian first sued NBA Media Ventures in May for $1.25 million based on annual rent of $7,500,000. The league claimed the government-ordered shutdown was a “casualty” which should get it off the hook on rent or provide an abatement. Moinian countered that “casualty” means “physical destruction” of property, not loss of business due to a government shutdown.

The rent due with interest has since swelled to $3,937,569.74, Moinian’s most recent court filing in October said.

The three-level, 25,000-square-foot store at the East 45th Street corner opened in 2015 after moving from several other Manhattan locations. Famed for its interactive features and video-screen live game displays, it drew legions of tourists, hoops fans and NBA stars — including the Philadelphia 76ers’ Joel Embiid, who “worked” there for a day before a game against the Knicks.

The summary-judgment plea by Moinian’s lawyers argued that the NBA continues to use the store for storage and other purposes, “yet chooses not to reopen it . . . for over four months, even though it is permitted to reopen” at 50 percent capacity since the state’s Phase II began June 22.

But the NBA wants a jury trial, claiming that Moinian was withholding “facts relevant and material” to the case regarding alleged reduced building services and whether or not anyone in the building had tested positive for COVID-19.

Moinian’s lawyer, Klein Law firm managing partner Edward E. Klein, told The Post, “It’s unfortunate that the NBA . . . continues to skirt their legal obligation to pay their bills. Defaults from the pandemic have become a sad reality, but it’s surprising such a well-funded organization feels the need to blatantly disregard its lease obligations even after retail restrictions have been lifted and after recording $8.3 billion in [annual] revenue.”

The NBA’s lawyers at the Daniel P. Goldberg firm didn’t respond to a request for comment.