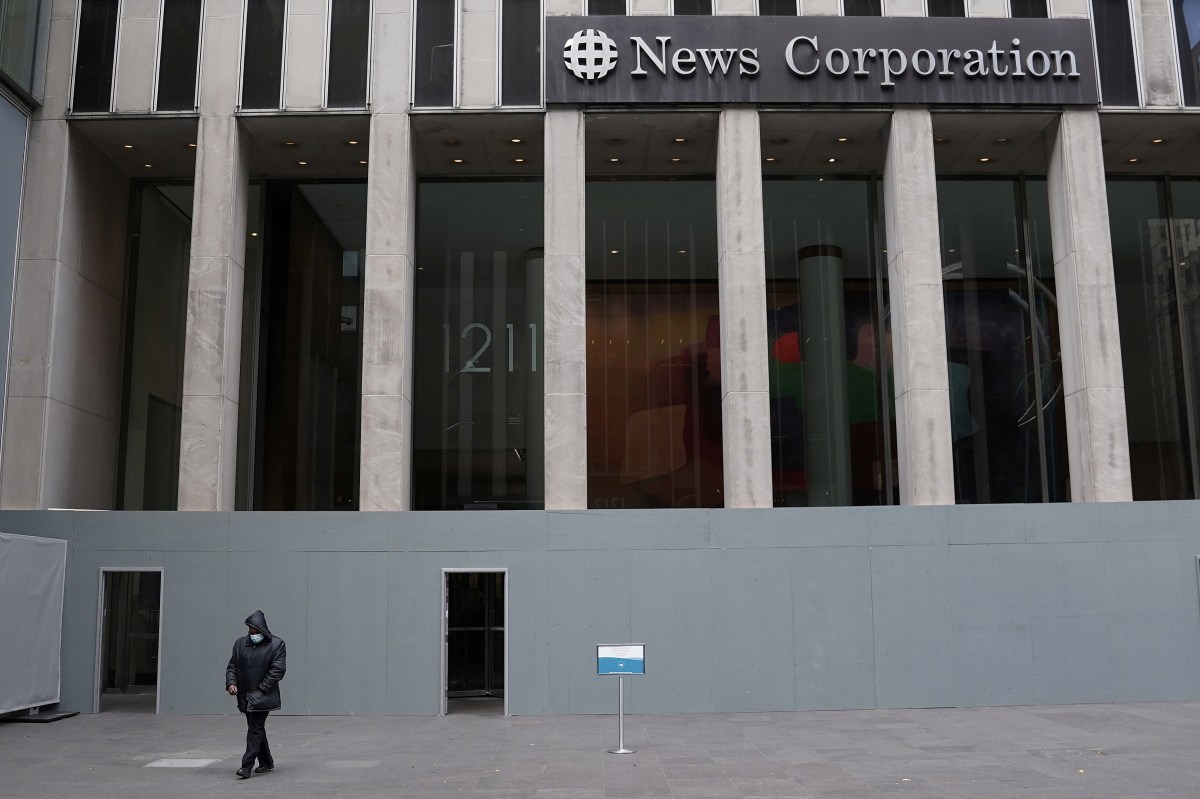 Shares of News Corp. surged 10 percent on Friday after the publishing giant said it swung to profit with better-than-expected quarterly results.

The parent of the New York Post and the Wall Street Journal posted a fiscal first-quarter profit of 8 cents a share on an adjusted basis, up from 4 cents a share this time last year, after posting a loss in the previous quarter due to the pandemic.

Revenue came in at $2.1 billion, down 10 percent year-over-year. But some of the decline was attributed to a loss of income from News American Marketing, the coupon publishing unit that was sold at the end of March for $235 million. The adjusted revenue decline was 3 percent.

The results follow a difficult period for media companies generally, which saw spending plunge due to the pandemic, and beat the Zacks’ consensus estimate for earnings of 4 cents a share on sales of $1.9 billion.

“News Corp has started the fiscal year strongly, with higher revenue in many of our segments during the first quarter, and a 21 percent increase year-on-year in profitability, despite the disruptive economic consequences of COVID-19,” said CEO Robert Thomson.

“It is clear that the digital landscape is changing fundamentally, and the company has been an important catalyst for that change,” said Thomson. “The principle of a premium for premium content is now recognized, and there will inevitably be further developments in algorithmic transparency and the digital advertising market, two areas in which News Corp has been a leading advocate.”