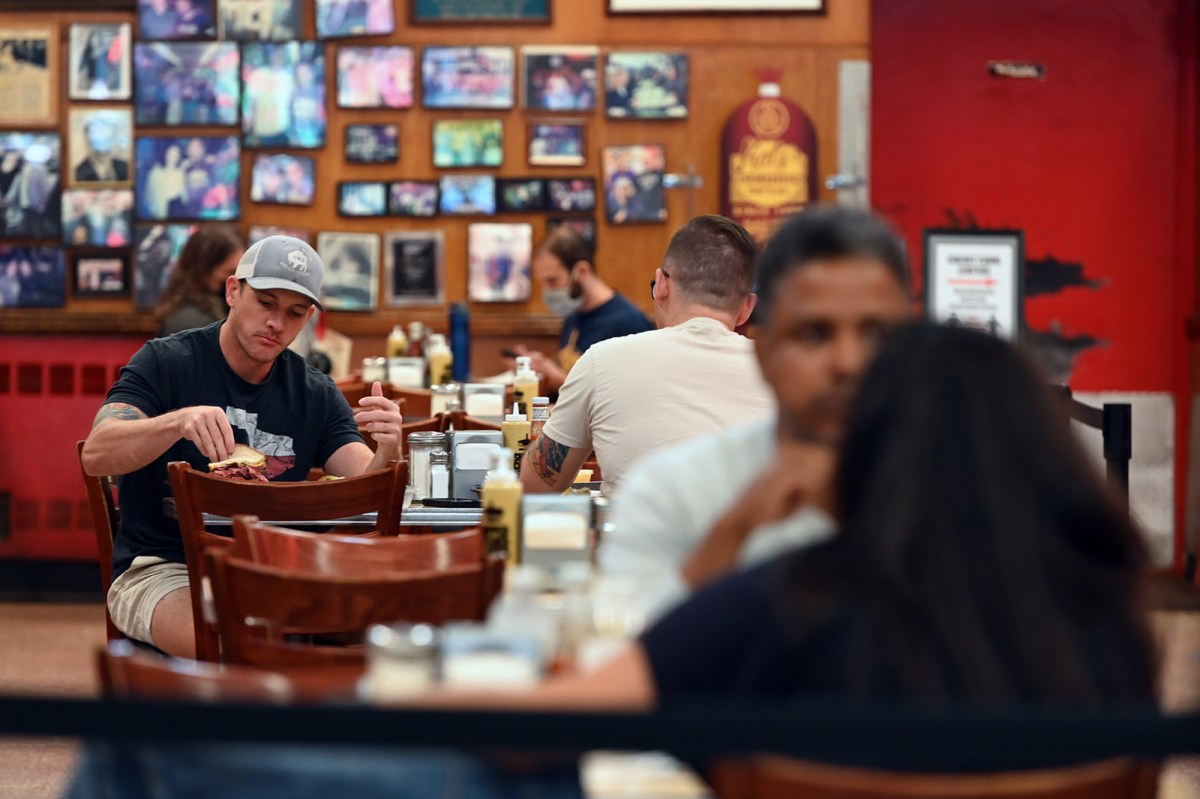 The first weekend of indoor dining in New York City since the pandemic hit proved a resounding success across much of the city, injecting a fresh glimmer of hope into an industry plagued by the coronavirus crisis.

Big Apple eatery owners say they were delighted to see guests asking to sit inside on Friday and Saturday in the first real test of indoor dining at 25-percent capacity since that program got kicked off on Sept. 30. The demand came despite warm weather that reached into the mid- to high 60s, which led to many popular restaurants being filled both inside and out, including 15 East @ Tocqueville near Union Square.

“It was amazing,” said Marco Moreira, chef and owner of the French-inspired American restaurant. “I was surprised to see so many people request indoor dining.”

The eatery hosted birthday celebrations indoors, as well as guests who had dined outside and then asked to move indoors for after-dinner drinks, Moreira said. “One couple who are regulars even brought in two very good bottles of wine. One was for them to enjoy with their dinner and the other was for the staff to celebrate,” Moreira said while reveling in the weekend’s highlights.

The East Village’s Luthun, which offers a 10-course tasting menu, was also packed at 25-percent capacity. Indoors the restaurant can seat 14, which, while limited, still helped to more than double its outdoor seating capacity of 12.

“We were full inside and outside on Friday and Saturday nights,” said Patrick Reno, Luthun’s general manager. Customers who got tables reserved in advance — walk-ins were turned away, he said.

“It still doesn’t feel normal but to be busy inside was refreshing and gave us a lot of hope,” Reno said.
The demand is lifting weary spirits despite the knowledge that business could turn south at any time for any reason, including spikes in coronavirus cases that are already threaten to shutter non-essential businesses across nine city zip codes — including Borough Park and Bensonhurst in Brooklyn and Far Rockaway and Kew Gardens in Queens — starting on Wednesday.

Even if case levels are contained, restaurants remain deeply concerned that they may not survive winter without an increase in the indoor seating limits or more government aid — or both. “There isn’t a single restaurant that can survive on 25 percent capacity inside,” Moreira said.

These concerns were backed up over the weekend in a bombshell audit by state Comptroller Thomas DiNapoli, which found that at least half of all city bars and restaurants will close for good in six months if indoor dining capacity remains at a meager 25 percent. And that doesn’t even include the number of restaurants that have already shuttered because opening at 25-percent capacity “doesn’t make financial sense,” noted Andrew Rigie, director of the NYC Hospitality Alliance.

“We feel hopeful as long as the weather holds up, but we are really scared about what will happen when the weather turns,” explained Paolo Del Gatto, director of operations for Socarrat Paella Bar’s three locations. “No one will want to sit outside in the cold and 25-percent capacity inside isn’t enough to pay the bills.”

“It will be the worst in December when the real winter comes,” Del Gatto said, echoing the concerns of the entire industry. “Until then, we will wing it. It will be a really hard winter. The idea is to manage to stay open until April, when we will have six more months of outdoor dining and hopefully a vaccine.”