One measure shows the stock market is still affordable at current levels – but investors should avoid these 3 bubble-like pockets, Goldman Sachs says 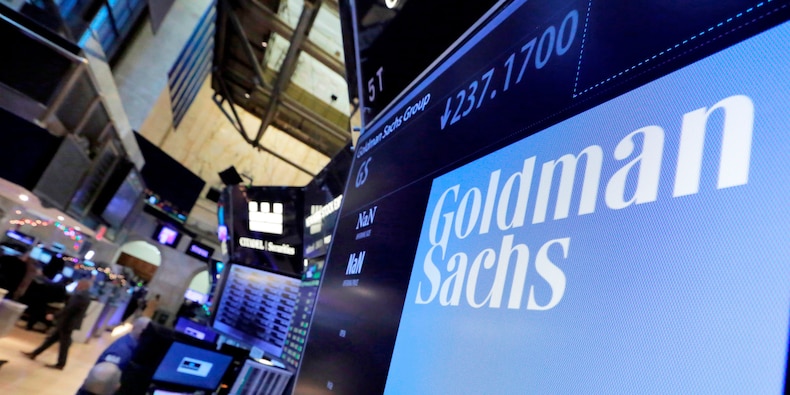 Major indexes sit just below record highs as investors bet on vaccine distribution and additional stimulus to accelerate economic recovery. Yet still-elevated COVID-19 case counts and worsening economic data has led some clients to wonder whether stocks’ valuations are unsustainable, the team led by David Kostin said in a note to clients.

By some of the most popular valuation metrics, the market sits at extremely lofty levels. Price-to-earnings and market cap-to-GDP ratios both point to unusually high valuations.

However, accounting for historically low Treasury yields and interest rates, the S&P 500 is actually trading at a “below-average historical valuation,” Goldman said. Treasurys remain at relatively low levels after plummeting at the start of the pandemic. Similarly, interest rates sit at record lows and are expected to remain there for the medium-term.

Read more: BANK OF AMERICA: Buy these 31 unheralded stocks as the recovery’s hottest trades of recent months continue to gain strength in 2021

Using the popular cyclically adjusted P/E ratio, or CAPE, the broader market’s valuation isn’t as low as many think, the strategists added.

Still, certain parts of the market are to be avoided, the team said. For one, last year’s obsession with special-purpose acquisition companies has shown no signs of calming. More than $16 billion has been raised across 56 SPACs in the year-to-date, handily exceeding the pace that saw a record $76 billion raised in 2020. Yet the SPAC offering spree is conditional on every blank-check firm finding a private company to merge with.

Low interest rates and SPACs’ two-year window for finding target companies suggest their popularity can persist, but investor behavior in the sector has been “consistent with bubble-like sentiment,” Goldman said.

Recent rallies of stocks boasting negative earnings also spark concerns of a potential market bubble, the team added. Companies with negative long-term earnings have outpaced the average stock by 40 percentage points over the last 12 months, according to the bank. Elevated trading of negative earners has also been a “historical extreme.”

Read more: This actively-managed SPAC ETF amassed $60 million in assets within a month of launching. Its founder breaks down how to pick blank-check firms – and shares 3 to watch in 2021.

While investors should steer clear of the group, the phenomenon and its risks are mostly contained, the strategists said.

“Although this surge appears unsustainable, it also appears to pose little risk to the broad market because these companies account for just 5% of total market cap,” they added.

Finally, high-growth, high-multiple stocks have traded with elevated volumes and, unlike the aforementioned groups, could pose a risk to the broader market, the team said. Equities with enterprise value-to-sales multiples of more than 20 made up roughly 23% of trading volumes in the past month and count as 9% of the stock market.

Some of the group’s appreciation can be linked to low interest rates, but history suggests these extremely valued stocks will underperform the median US stock and broader market indexes over the next 12 months, Goldman said.

Raymond James’ investment chief breaks down his prediction for the market’s trajectory in 2021, including the 5 sectors he’s most bullish on – and shares why he thinks tech stocks are just getting started

GameStop short-sellers lost $1.6 billion in a single day as Reddit traders rebelled against them