Privacy and antitrust experts described Google's $2.1 billion Fitbit deal as sinister: 'It's crazy this has been allowed to happen' 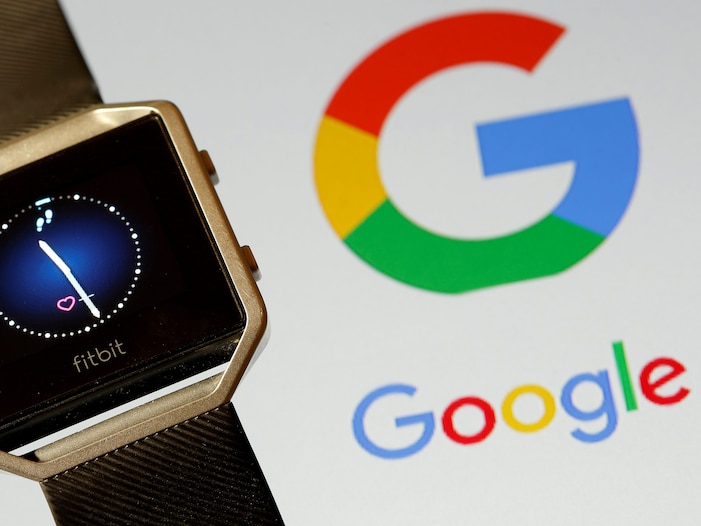 FILE PHOTO: Fitbit Blaze watch is seen in front of a displayed Google logo in this illustration

Competition and privacy experts are worried about “sinister” consequences of Google’s acquisition of fitness firm Fitbit, despite the tech giant’s promises to keep user fitness data apart from its ad business.

Google first announced its $2.1 billion deal to acquire Fitbit in November 2019, triggering concerns about its growing market power, and the potential use of health data in targeted ads.

Google announced on Friday that was complete – although the US Department of Justice insisted it had yet to approve the merger, and would continue its investigation.

Authorities in the EU and South Africa have given the sale the go-ahead, while lawmakers in Australia, Japan, and elsewhere continue to scrutinize its implications.

Google has promised not to use Fitbit data, which encompasses everything from a user’s heart rate to their location, to inform its personalized ads. “This deal has always been about devices, not data, and we’ve been clear since the beginning that we will protect Fitbit users’ privacy,” hardware chief Rick Osterloh wrote on Thursday.

Europe’s antitrust regulator laid out a series of Google commitments around the deal, such as keeping a technical separation between Fitbit data and ad data.

Experts still fret that the data belongs to Google at all.

Dr Cristina Caffarra, an expert in antitrust law, told Insider: “Fitbit lets you track vital signs and other intimate aspects of your health – that is invaluable data. It’s the potential for combining Google’s absolutely massive data ‘firehose’, with the very high quality information you can extract from Fitbit’s devices, that’s worrying.

“None of Google’s undertakings ultimately prevent it from sharing it with its other companies: DeepMind is applying AI to health sciences, [healthcare unit] Verily is moving into insurance. It’s incredibly sinister.”

Ray Walsh, a digital privacy expert at ProPrivacy, agreed Google was in a “strong position” to use data for many purposes besides advertising, as it makes in-roads into the fitness and healthcare markets.

“Although Google has promised to keep Fitbit users’ data in a ‘silo’ that is completely separate from the data it uses for advertising, it seems plausible that Google will still attempt to exploit the health and location data acquired from the devices.

“Keeping Fitbit data separate from other personal information does not mean that the data won’t potentially be used to gain insights about users and create revenue streams, meaning this data retention could still cause concern for Fitbit users.

“Google’s promise to not use Fitbit data for advertising may seem like a win for digital privacy on the surface, but it is what they aren’t telling us about how they do plan to use the data that is potentially more concerning.”

Professor Gregory Crawford, an economics expert at the University of Zurich, warned the scale of health data being combined with non-health data, such as information about users’ age or location, was “unprecedented”.

“The only other company that comes close to having that amount of data is Facebook,” he said. He described talk of Google using Fitbit data to personalize ads as a “red herring” in the debate.

“This is about the exploitation of data, first and foremost,” he said. “Once Google has all this information, there’s nothing to stop them selling it in other markets, such as insurance or labor.”

Actually selling people’s personal health data is an unlikely route for Google, which would risk huge public and regulatory backlash, but it may nonetheless rely on that data to draw anonymized, generalized insights.

“It’s crazy to me that this has been allowed to happen,” Crawford added.