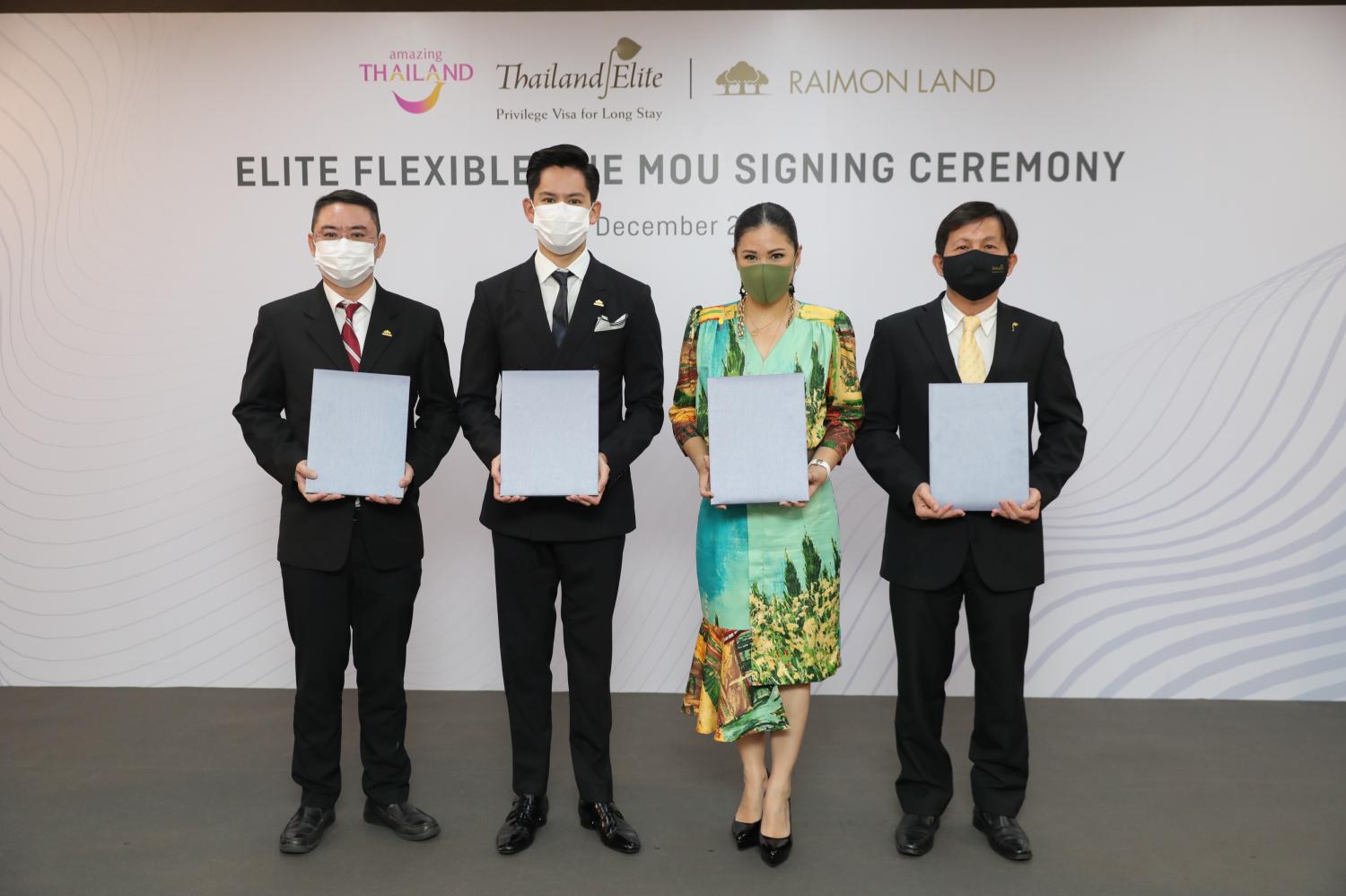 Raimon Land yesterday signed an agreement with Thailand Privilege Card to become the first developer to provide the Elite Flexible One privilege card.

Following a change in its major shareholders three months ago, SET-listed developer Raimon Land Plc (RML) has revised its plans, revoking an in-vitro fertilisation (IVF) venture and selling a land plot on Sukhumvit Soi 19 that had been earmarked for a new hotel development.

Sataporn Amornvorapak, Raimon Land’s chief finance officer, said the company had decided to cancel an investment plan in an IVF business, which would have involved the opening of fertility wellness centres in two locations.

One of the centres was to have occupied one floor of One City Center (OCC), a new grade-A office tower on Phloenchit Road with a total lettable area of 65,000 square metres. RML is developing this site, which is scheduled for completion in 2022. This space will now be used for office rental instead.

The other fertility centre would have been based on a 40-rai plot near Toscana Valley in Khao Yai, Nakhon Ratchasima. RML is now considering using this area plot for a hotel or vacation home development instead.

In the third quarter of 2020, RML also sold a land plot sized one rai at around 700 million baht. This plot was previously planned for development of a 250-room four-star hotel.

“We need to increase equity and cash in to make our cash flow stronger,” said Mr Sataporn.

In September, Siam Spoon Co, one of the company’s subsidiaries, sold an investment in Baan Ying Pte, Ltd (Singapore), the operator of Baan Ying Restaurant, where it had around 1.1 million shares accounting for 51%.

The transaction and the change in business plans came after RML had a change in major shareholders on Sept 8, 2020 from JS Asset Management Pte, Ltd to Mesa Thai Pte, Ltd.

Mr Sataporn said Kitch Hotel with 72 rooms on Charoen Nakhon Road which were changed and renovated from Vue community mall remained on plan but the opening will be delayed to next year.

“In 2021, the outlook is expected to slightly improve but it will not be as good as usual,” he said.

The company will continue focusing on increasing liquidity by clearing inventory and looking for distressed assets to take over. Currently, it has 500 million baht on hand and can boost to one billion baht from borrowing.

RML yesterday signed an agreement with Thailand Privilege Card Co, Ltd to become the first developer that will provide the Elite Flexible One privilege card.

RML chairman Korn Narongdej said the privilege card matches its target group as more than 79% of its condo portfolio is priced 10 million baht and above.

“Foreign quota is almost full at our condo projects,” he said.