Raymond James' investment chief breaks down his prediction for the market's trajectory in 2021, including the 5 sectors he's most bullish on – and shares why he thinks tech stocks are just getting… 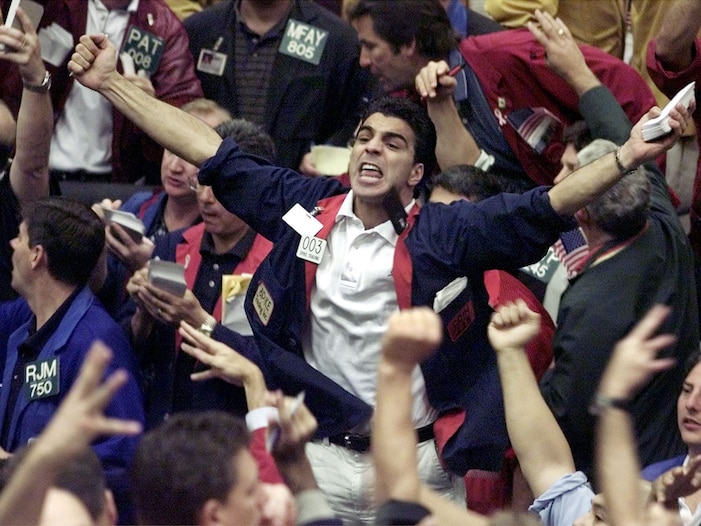 Tech-driven markets are due to cool off in the months ahead with investor sentiment reaching more extreme levels, according to several strategists.

Wall Street is increasingly skeptical about the record-high valuations in the stock market, particularly in mega-cap tech.

Strategists at Bank of America and Morgan Stanley, along with a slew of other voices, are warning at various degrees of severity that the tech-driven markets are due to cool off in the months ahead with investor sentiment reaching more extreme levels.

Adam argues that current tech valuations are justifiable, and says they’ll continue to climb this year for a number of reasons.

One is because consumers are poised to spend more on tech in 2021. In a Raymond James survey of 964 clients and advisors, 64% of respondents said they would spend more on technology this year than they did in 2020.

This spending will only be boosted by the more robust stimulus package expected to be passed by the now Democrat-controlled Congress.

“Where do you think people are going to spend that money? I think a large portion of that is going to continue to go to tech,” Adam told Insider on January 14. “That’s where a lot of it was spent the last time we had fiscal stimulus.”

Another reason is because of tech’s strong earnings outperformance.

“Tech justifiably has gone higher. It’s far and away outperformed from an earnings growth perspective by 232% over that time period from 2009 to 2022.”

“When people say it’s expensive and they’re looking at a forward P/E, just remember that that number is likely understating the earnings, which means it’s overstating the valuations,” he continued. “Tech, in general, beats earnings by the most of any other sector. It beats by about 7% on average.”

Adam said he expects tech’s outperformance to continue until there are clearer signs that a reopening is set to happen. He said he anticipates this to be around the end of July, after a large portion of the US population has been vaccinated.

That is when he expects stronger earnings across the broader market, especially in cyclicals and small-caps, adding that President Biden’s likely stricter handling of the pandemic compared to President Trump could hurt small-caps in the short-term.

Adam expects 5 sectors in particular to lead the way in 2021. As touched on for the reasons above, one is technology.

Relatedly, another is communication services.

“It’s very similar to the whole tech story. That’s becoming a bigger and bigger part of the way we communicate,” Adam said. “And streaming.”

Along the same line of thought in terms of the stay-at-home environment, Adam said he’s also bullish on the consumer discretionary sector, with its e-commerce and home improvement firms.

Another sector is healthcare, which he says has been spooked by the Democratic sweep outcome in the election.

“It’s one area of the market that really hasn’t rallied congruent to what its earnings power has been. So I think that is by far, in my opinion the most attractive sector,” Adam said. “And I think as some of these political headlines start to fade as we see what the Biden administration is going to do, I think that will start to unleash some of the value that has been built there.”

He added: “I also think it’s important from a demographic perspective as we live longer and get healthier.”

Finally, Adam likes industrials as global manufacturing is expected to pick up.

But in addition to the tailwinds behind each of the sectors, Adam said he also likes them from a valuation standpoint, as they’re the only five sectors whose earnings growth is expected to be above pre-COVID levels in 2021. 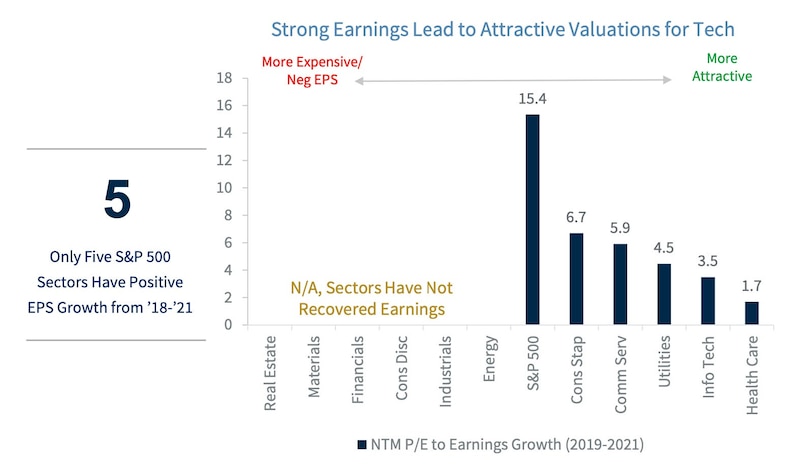