Restaurant tech companies might be the key to drawing diners back amid higher COVID-19 rates, new survey data finds 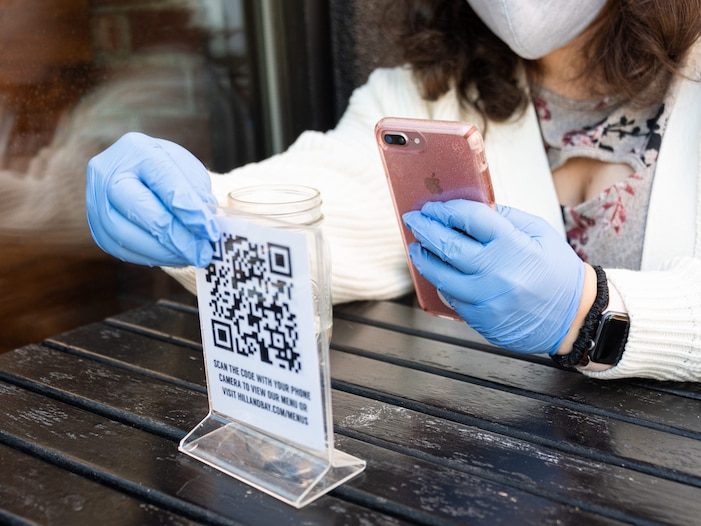 Restaurants have been through a lot this past few months. They were forced to close, then allowed to reopen slowly. Faced with a new, record-breaking wave of illness, restaurants in the US are again changing course, closing indoor seating, instituting curfews, and once again adjusting expectations as the reality of winter sets in.

Read more: QR codes ‘will become the new normal well beyond COVID,’ says CEO of retail startup Thanx. Here’s how restaurants are using the tech to help save in-person dining.

Now restaurants are open, and diners have returned — albeit in lower numbers. About two-thirds of respondents to a recent survey conducted by BentoBox, a restaurant website and service provider, say they’ve returned to dining out with others, including members of their immediate household or a quarantine pod. And 64% of respondents said they’ve felt at least somewhat safe while dining out. BentoBox surveyed 1,000 people using an online survey tool.

That’s good news for restaurants trying to ride out the pandemic, though it’s anything but business as usual.

“Restaurants are concerned with exactly what you would expect – reopening and operating safely with appropriate protections in place, making ends meet despite operating at reduced capacity, maximizing high-margin holiday revenue, and preparing for potential new or renewed restrictions,” said BentoBox CEO, Krystle Mobayeni. There’s a lot of concern and uncertainty heading into the winter months, she added.

Three-quarters of diners are at least concerned about the upcoming winter months at restaurants. About half of respondents to the fall survey felt combined indoor-outdoor operations for restaurants were appropriate, but 39 percent said they should operate outdoors only.

Still, the data shows that diners still have concerns.

Eight months into living with Covid, technology has stepped up to quell some fear.

The once-maligned QR code has returned as a way to minimize touching shared surfaces, offering a way to read the menu, order, or even pay the bill — 42% of respondents report seeing a contactless ordering and payment option at a restaurant. Restaurant point of sale companies like Toast, loyalty programs like Thanx, and payment processors like Square have all introduced QR codes that direct guests to digital interactions, limiting potentially anxiety-inducing face-to-face contact.

Restaurants have been adopting new technology since before the pandemic, of course. But thanks to the dramatic limits of face-to-face hospitality imposed in March and beyond, they’ve also been adopting it at record speed.

Diners are also seeing more digital menus. Thirty-five percent of survey respondents reported seeing digital menus at a restaurant; about the same amount saw single-use paper menus. Digital menus come in many forms, but often they’re simply a webpage or PDF linked from a QR code. As with contactless ordering and payment, many restaurant tech vendors — like BentoBox, Square, Toast, Bbot, and many more offer this option, too.

Mobayeni says that restaurant owners are embracing new digital revenue streams like pickup and delivery, but are looking for technology that doesn’t create extra work during a challenging time. “Restaurant owners want to be more efficient and prioritize staff resources so they are looking to automate as much as possible,” she said.

Delivery apps have seen huge jumps in business during this time. Revenue on Uber Eats more than doubled recently, a trend that started in the spring. In its recent IPO filing, DoorDash reported a profitable second quarter — an anomaly among most apps— making $23 million. At the same time, restaurants have lamented the cost of doing business on these apps leading some cities to cap the commissions restaurants pay for the duration of the pandemic. Many restaurants have urged customers to order from them directly, bypassing third parties. Forty-six percent of diners surveyed by BentoBox said they ordered directly from a restaurant’s website. Forty-two percent call the restaurant. And 30%t say they order using a third-party app like DoorDash.

Only about one in five survey respondents won’t order restaurant delivery or takeout this winter, a similar response to numbers from BentoBox’sthe April survey.

When it comes to dining in, though, guests are clear about what they expect to see. Three-quarters of diners wouldn’t return to a restaurant if staff wasn’t wearing proper protective equipment, like masks or gloves, or appeared to be sick. Almost as many wouldn’t go back if they were seated too close to other tables.

According to the survey, about a third of diners feel some guilt about dining out right now. And some are sympathetic; two-thirds say they’re at least somewhat concerned for the health of the restaurant employees who serve them.