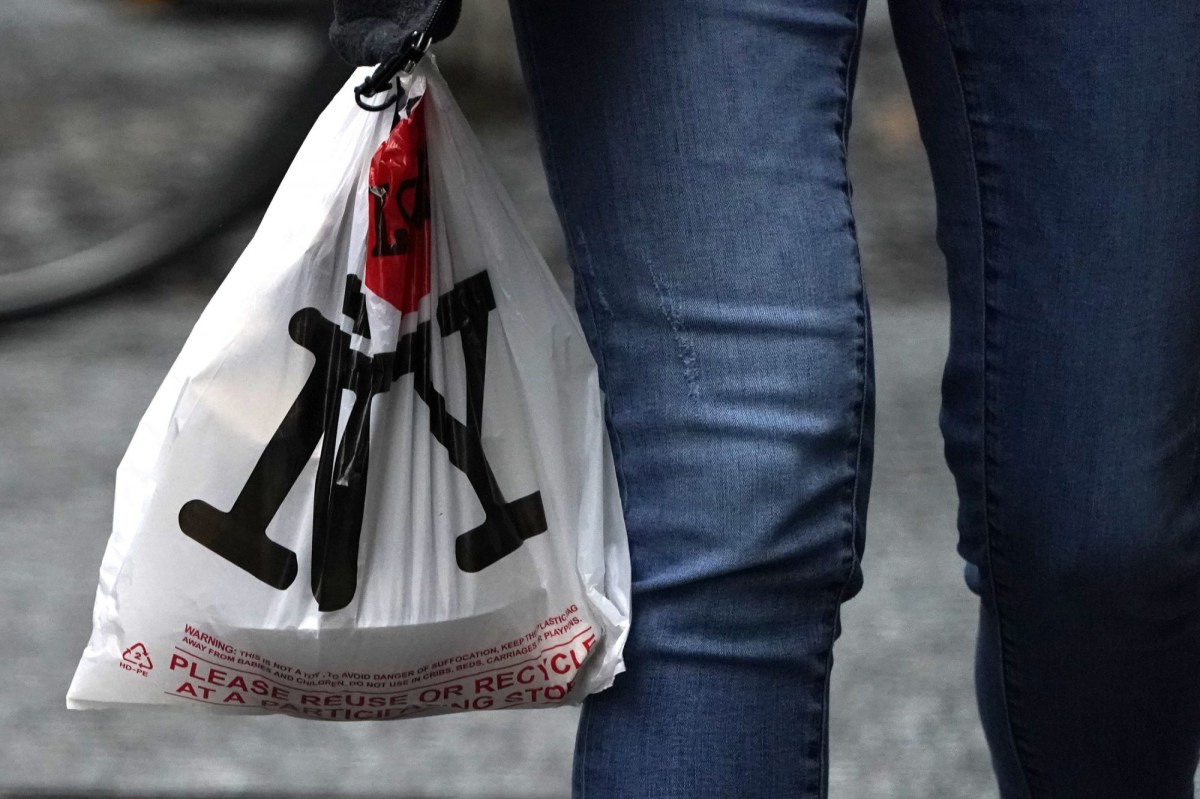 The Empire State’s plastic bag ban — set to take effect on Oct. 19 — faces a fresh torrent of complaints, including a new lawsuit that threatens to push back enforcement yet again, The Post has learned.

The state’s ban on single-use plastic bags went into effect on March 1, but enforcement was delayed as the law was litigated in court. With the initial lawsuit put to bed in August, the Department of Environmental Conservation on Sept. 18 announced that it will finally kick off enforcement in October.

But that effort is being challenged anew by New York bodega and supermarket owners who say changes to the rules in recent weeks have caused too much confusion and are in fact illegal. The agency’s latest tweak took place on Oct. 9 — just 10 days before enforcement is set to take place — to reverse dramatic changes it made on Sept. 18, records show.

“It is completely irrational and unethical to now change the law again to say we cannot use these bags,” Morton Williams co-owner Avi Kaner told The Post of the Oct. 9 change, which restricted stores from selling reusable bags without sewn-on handles. “There are millions of New Yorkers out of work, and businesses including ours are suffering.”

Sources say the confusion can be traced back to Aug. 20, when the Albany state judge overseeing the first lawsuit greenlighted the state to move forward with the ban while also ruling that no plastic bags of any kind, including reusable plastic bags, would be allowed.

This rule went against what DEC had been earlier promised — that retailers would be allowed to sell reusable plastic bags, which typically cost $1 to $2 a pop, to customers who don’t bring their own bags to a store.

Stores owners say they only learned of the change on Sept. 18, when DEC issued new rules instructing them to only sell reusable bags made from “cloth or other machine washable fabrics” that have a minimum lifespan of 125 uses, with the ability to carry a minimum of 22 pounds over a distance of at least 175 feet.

Retailers who scrambled to buy reusable cloth bags were met with delays of 13 to 18 weeks, industry sources said. And the paper bag shortage plaguing the industry since before the pandemic has only worsened, sources said.

Some retailers complained to The Post, which called the DEC for comment on Thursday. The next day, the agency changed the rules to permit some reusable plastic bags.

The new rules say that plastic bags are OK if they can be “washed in a washing machine without getting damaged or ruined.” While that appeased some retailers, others were thrown for a loop by the agency’s decision — as told to them by their trade group representatives — to simultaneously ban bags that don’t have sewn-on handles, a change that nixes the so-called T-shirt bags many retailers were counting on.

The Morton Williams chain of 16 stores ordered 200,000 reusable T-shirt bags at 20 cents a piece — and has another one million on order that it can no longer use, Kaner told The Post. “Not only are they flip-flopping on what we can and can’t use, it feels completely irrational for the state to say we can only use bags with sewn on handles,” he said.

The agency’s decision to OK some plastic triggered the second lawsuit, filed late Friday, which claims that the DEC is blatantly flouting the August court ruling banning all plastic bags.

“DEC updated its website to confirm its position and to inject yet more confusion and uncertainty into the marketplace by publicly stating that plastic bags will be permitted,” according to the Albany state court complaint by The Bodega and Small Business Association and Poly-Pak Industries, the Long Island company behind the earlier lawsuit.

DEC did not immediately comment on the lawsuit, saying only that it’s “continuing the extensive outreach to stakeholders, including grocery stores, retailers, and others.”

Meanwhile, retailers say the paper bag shortage that had been plaguing them before the pandemic has only worsened as manufacturers use more of their resources toward producing cardboard boxes needed for the online shipping surge. Bodega owners say they can’t place orders for paper bags because suppliers are not accepting orders through 2020 due to high demand in New York, according to the Oct. 9 lawsuit.

“In the meantime, retailers, bodegas will be hard-pressed — and sometimes simply unable — to provide their customers with any bags at all,” according to grocery owner Francisco Marte, a plaintiff in the complaint.