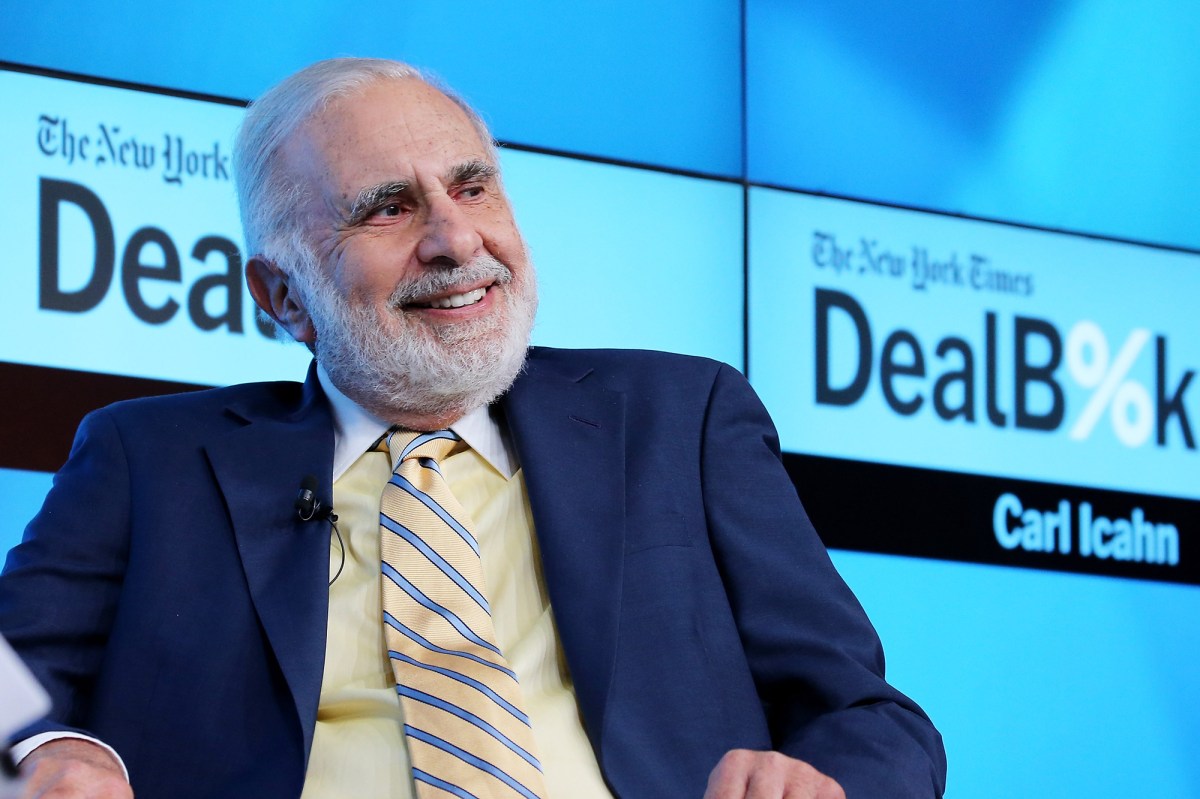 Revlon’s embattled chairman Ron Perelman has reached a deal with corporate raider Carl Icahn to keep the cosmetics giant out of bankruptcy, The Post has learned.

The terms of the deal couldn’t immediately be learned, but earlier this week Revlon — facing a Nov. 16 deadline to restructure $343 million in bonds — had been offering investors either 32.5 cents on the dollar in cash or a mixture of cash and bonds worth about 50 cents on the dollar, according to sources close to the talks.

The cosmetics giant — whose business has been devastated by the coronavirus crisis, which has tanked demand for beauty products — must pay the bonds in full, or else trigger a due date on $1 billion in senior loans that would trigger a bankruptcy.

Revlon said in a Wednesday statement that those holding $236.5 million of its $343 million in bonds, or 69 percent, have agreed to an exchange. That remained short of the 80 percent of bondholders that Revlon reportedly needs, but Icahn is among those investors who have exchanged his bonds, according to sources close to the situation.

Revlon said it may decide by Thursday at 9 a.m. to extend its exchange offer, signaling that some holdouts may still tender their bonds, and Revlon could still better the terms.The company also said it will determine by Friday whether it can complete the exchange offer.

As The Post reported exclusively on Monday, Revlon has told bondholders that there are unidentified mom-and-pop retail investors that own about 26 percent of the bonds. Those investors represent most of the holdouts and will need to be paid in full, raising speculation that some of those holders could be affiliated with Perelman.

If Revlon can refinance the $343 million in bonds, it will then have until 2024 before its next debt maturity giving it the ability to withstand the pandemic’s impact on its earnings, a Revlon lender told The Post. The company is losing about $10 million a quarter.

Due to the time needed to collect money and exchange legal documents in an exchange, Revlon likely needs to reach a deal by Friday to avoid bankruptcy, sources said.

Revlon’s shares, which soared Tuesday by 47 percent, were halted in mid-morning trades after soaring 36 percent to $11.96.