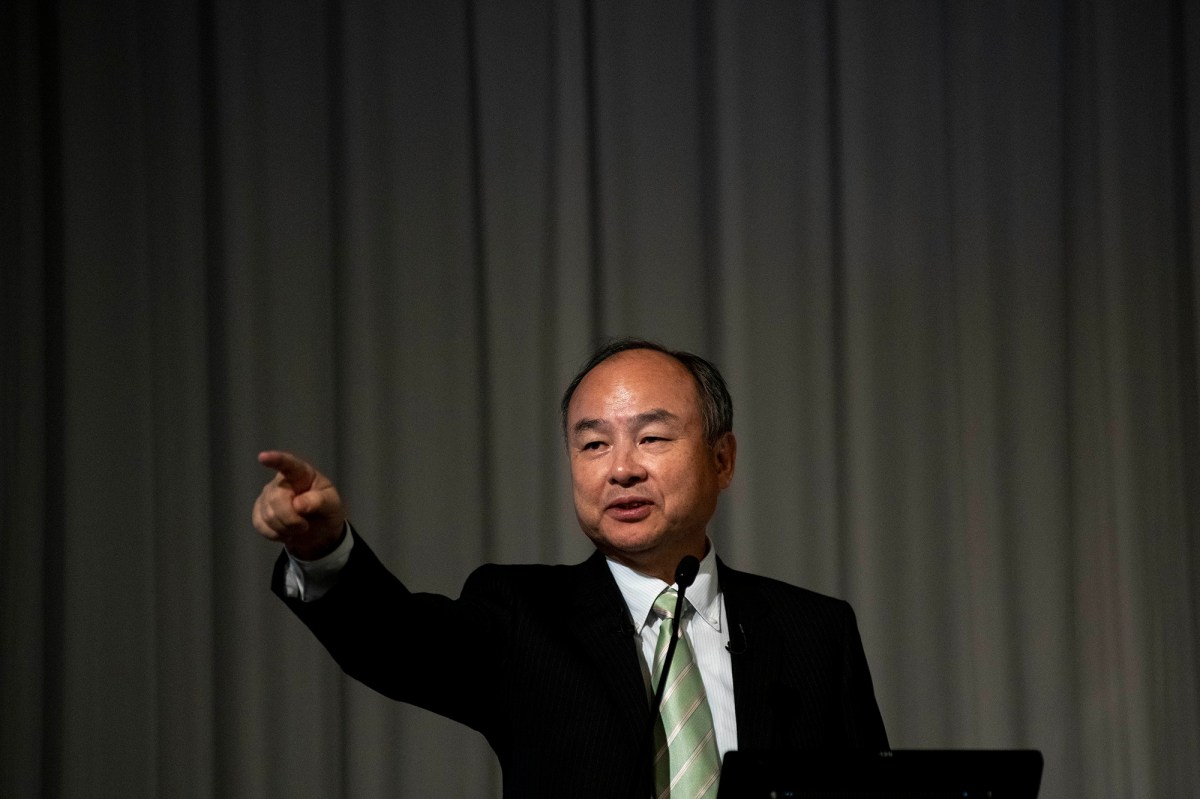 WeWork owner SoftBank is ramping up its investments in artificial intelligence — a move that appears to be tied to its eccentric founder’s obsession with robots taking over the earth.

The Japanese conglomerate disclosed plans late Monday to raise $525 million to acquire a private company and take it public via a popular type of publicly traded shell entity known as a special-purpose acquisition company, or SPAC.

The money raised will be used to target a company in the artificial intelligence space, SoftBank said.

“For the past 40 years, SoftBank has invested ahead of major technology shifts. Now, we believe the AI revolution has arrived,” the company said in regulatory filings outlining the plan.

SoftBank’s founder and chief Masayoshi Son has long been open about his belief in “The Singularity,” a futuristic theory that predicts robots will one day gain a sentient superintelligence and take over the bulk of human jobs.

In 2016, Son’s handpicked heir apparent, former Google senior exec Nikesh Arora, announced that he was leaving SoftBank after Son made it clear he would stay on as CEO for at least five more years because he had “unfinished business regarding the Singularity.”

By 2017, the idiosyncratic 63-year-old billionaire in 2017 predicted that the number of smart robots would match the number of people on earth by 2047 at “around 10 billion” each, resulting in major industry disruptions.

That same year he said he plans to invest broadly in the AI sector and gain some influence over how humanity will plan to protect itself from the eventuality of being outnumbered by superior bots.

“I truly believe it’s coming, that’s why I’m in a hurry – to aggregate the cash, to invest,” Son told an interviewer at a 2017 tech conference. “It will be so much more capable than us — what will be our job? What will be our life? We have to ask philosophical questions. Is it good or bad?”

And by 2018, Son reportedly said: “I am devoting 97% of my time and brain on AI.” He has even said that the name of SoftBank’s infamous $100 billion Vision Fund refers to his own vision of the singularity and how to get ahead of it.

Monday’s filing suggests that the pandemic has injected a new urgency to Son’s efforts to prepare for the robot takeover.

“We are on the verge of leaps in technology that could radically change the way we live, work, and play,” read the SEC filing. “COVID-19 has pulled this future forward by dramatically accelerating the adoption of digital services.”

WeWork, for example, failed to go public in 2019 after taking more than $18.5 billion from Son and his firm. SoftBank later reported its first annual loss in 15 years.

But the COVID-19 pandemic appears to have breathed new life into Son’s fortunes. In addition to making $10 billion on the IPO of food delivery startup DoorDash, Son was revealed to have made billions buying up options on major tech companies throughout the spring, helping cause the massive tech rally that pushed the market caps of Apple and Tesla into record territory.

SoftBank’s filing also doesn’t rule out using the SPAC to acquire one of its own investment companies. It even goes as far as to suggest that the $75 billion SPAC market of 2020 — up from $13.1 billion 2019 — is an ideal way to avoid another WeWork debacle.

“During this time, we intersected with many compelling companies that wanted our support at IPO and beyond, but we lacked the vehicle to partner with them,” it states. “This trend has only increased over the past year as more companies have decided to list publicly.”