SpaceX says 'all systems are go' to launch NASA's longest, most ambitious astronaut mission yet on Sunday night 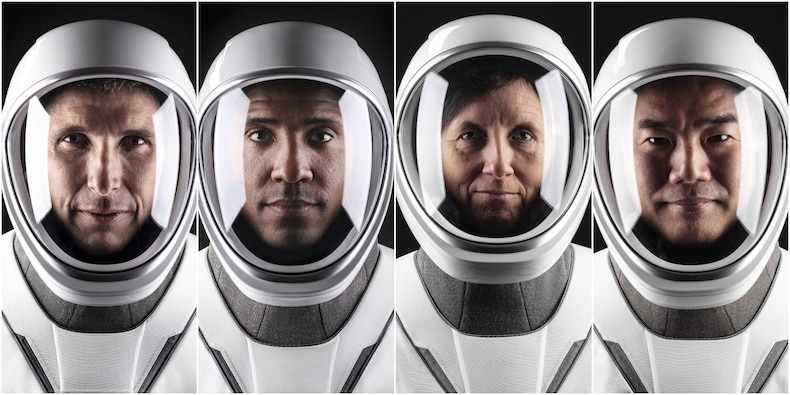 NASA has given SpaceX the go-ahead to launch its first full crew of four astronauts toward the International Space Station (ISS).

If all goes according to plan, the company’s Falcon 9 rocket will roar off its historic launchpad at NASA’s Kennedy Space Center in Florida on Sunday night, careen through Earth’s atmosphere, and jettison a Crew Dragon spaceship into orbit with the astronauts tucked inside.

After 27 hours of flying around Earth, the spaceship is scheduled to sync up with and dock to the ISS on Monday at 11 p.m. ET, then stay there for six months while the astronauts live and work aboard the facility.

“This is the culmination of years of work and effort from a lot of people, and a lot of time, and we have built I think what I would call is one of the safest … launch vehicles and spacecraft ever,” Benji Reed, SpaceX’s director of crew mission management, said during a Friday press briefing.

NASA, SpaceX ‘ready to go’ after months of delays 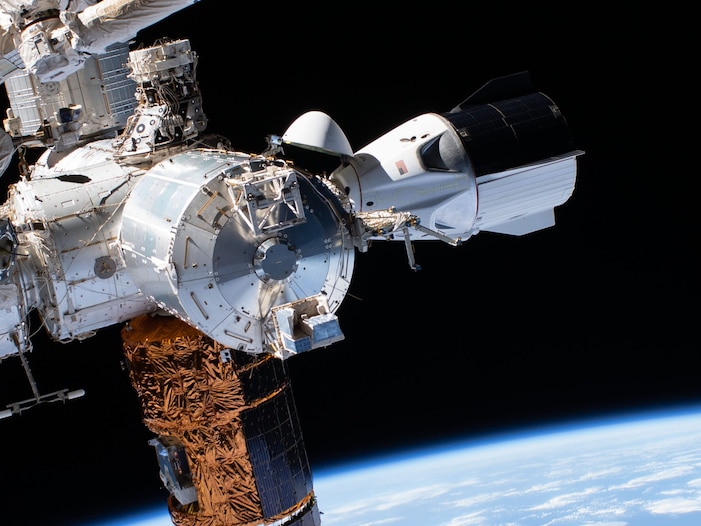 The mission, called Crew-1, is the first of six round trips that the agency has contracted from SpaceX. NASA picked astronauts Mike Hopkins, Victor Glover, Shannon Walker, and Japanese Aerospace Agency (JAXA) astronaut Soichi Noguchi to carry out the historic flight.

In a final launch-readiness review on Friday, NASA gave SpaceX its official blessing for Sunday’s liftoff.

The launch had been scheduled for Saturday evening, but mission managers decided to delay the flight. NASA cited “onshore winds” and “first-stage booster recovery readiness” as the reasons — the latter refers to the Falcon 9 rocket’s booster, which is programmed to land itself on a ship at sea after it releases the Crew Dragon into orbit. The booster can be reused in future launches, including crewed flights.

This is the fourth time NASA has pushed back the launch of Crew-1 due to numerous hiccups. The mission was originally scheduled to fly in late September.

“We’re ready to go,” Norm Knight, a flight operations manager for NASA, said during the briefing. “The journey to get here is one of resilience, and it was a hard journey with a lot of stuff going on and COVID affecting the teams,” he added, referring to the name “Resilience” that crew members gave to their Crew Dragon spaceship. 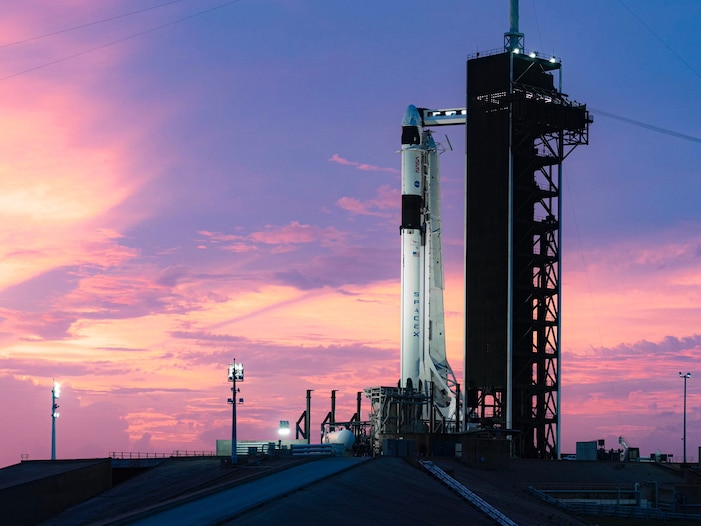 With the review complete, SpaceX will carry out its final preparations and keep a close eye on the weather. Rain, high winds, or too many puffy clouds could make conditions unsafe for launch. The skies and seas must also be clear at potential splashdown sites across the Atlantic Ocean, in case the rocket malfunctions and the Crew Dragon has to speed away.

As of Sunday morning, the Air Force’s 45th Weather Squadron projected a 50% chance of poor weather delaying launch. NASA and SpaceX are due to meet for a weather briefing around 3 p.m. ET, during which they’ll decide to press on or try again a few days later, on Wednesday night. 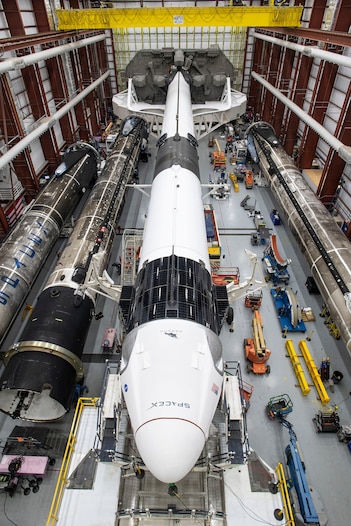 The Crew Dragon Resilience and its Falcon 9 rocket in the SpaceX hangar at NASA’s Kennedy Space Center in Florida on November 9, 2020,

Technical issues could abort the mission at the last moment. That happened to a Falcon 9 launch on October 2: Just a few seconds before liftoff an automated flight computer shut everything down.

It turned out that lacquer from a corrosion-resistance treatment had clogged a tiny bore hole on a relief valve for one of the engines. This could have resulted in too much fuel entering the engines at the wrong time, caused an uncontrolled explosion, and damaged the engines, similar to a car backfiring — though with much more power and potential consequences.

SpaceX says it has examined the entire rocket for Crew-1 to make sure no small crevices were clogged with lacquer.

Saturday’s launch is the fruit of a decade-long effort to restore NASA’s human spaceflight abilities, which have lain dormant since the Space Shuttles were retired in 2011. Through the Commercial Crew Program, NASA funded the development of the Crew Dragon to meet its requirements for flying astronauts.

On Tuesday the agency finally awarded SpaceX its human-spaceflight certification, making the Crew Dragon and Falcon 9 the first commercial launch system to receive the designation.

“Thank you to NASA for their continued support of SpaceX and partnership in achieving this goal,” Elon Musk, SpaceX founder and CEO, said in a statement on the certification. “This is a great honor that inspires confidence in our endeavor to return to the moon, travel to Mars, and ultimately help humanity become multi-planetary.”

Nerves ‘pile on’ as launch approaches 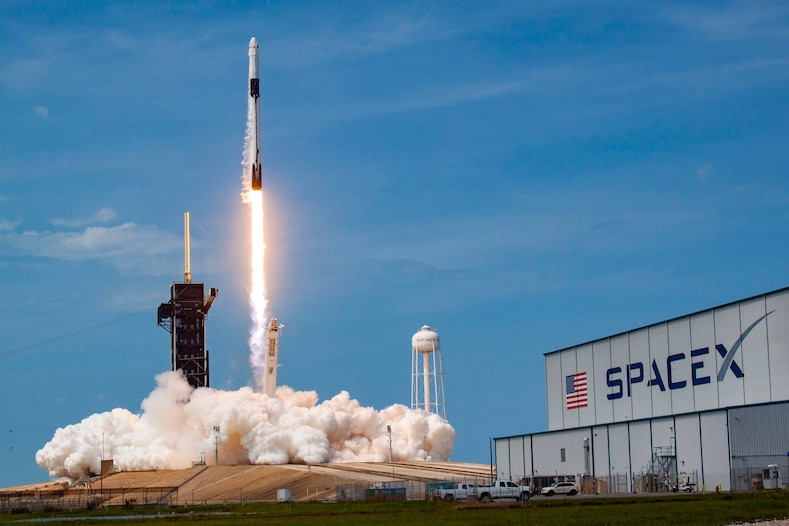 SpaceX’s Demo-2 mission, launched with a Falcon 9 rocket, lifts off with NASA astronauts Bob Behnken and Doug Hurley inside a Crew Dragon spaceship.

SpaceX proved its ability to safely fly humans and return them to Earth with a demonstration flight, called Demo-2, that launched this summer.

That mission launched NASA astronauts Doug Hurley and Bob Behnken in the world’s first commercial human spaceflight. The men spent two months on the ISS before climbing back into the Crew Dragon, screaming through Earth’s atmosphere, and parachuting into the Gulf of Mexico. 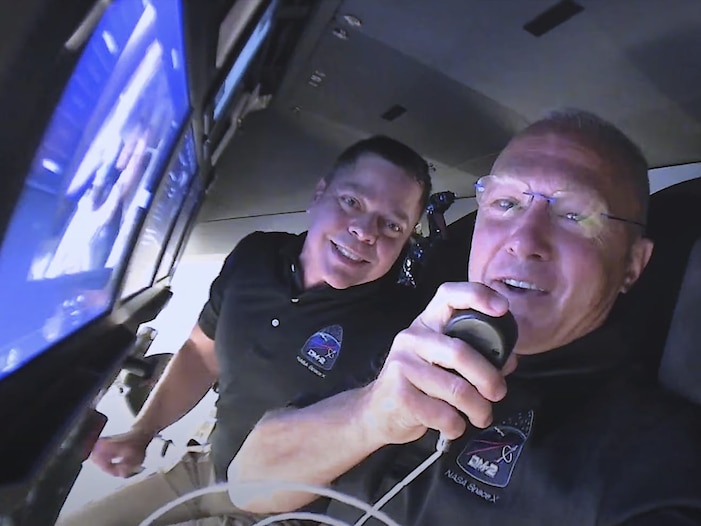 Astronauts Bob Behnken (left) and Doug Hurley wish their families goodnight from inside the Crew Dragon capsule after launch, May 30, 2020.

The Crew-1 astronauts are about to weather the same ordeal, with a full-length ISS shift of half a year.

“The nerves start to really pile on as you get closer to launch,” Hopkins told reporters in a call on Monday.

But the astronauts are busy with final preparations at NASA’s facilities in Cape Canaveral, Florida. They completed a dress rehearsal on Thursday, putting on their spacesuits, driving out to the launchpad, and boarding the Crew Dragon to practice for launch day. 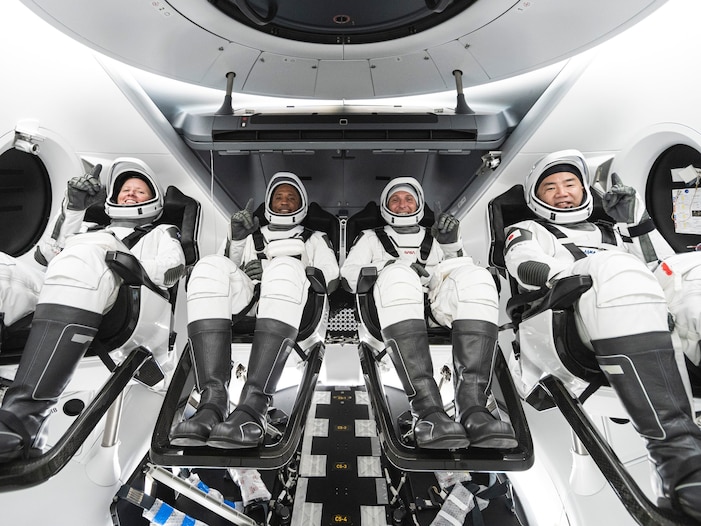 The Crew-1 astronauts sit inside the Crew Dragon spacecraft during training.

“I think that helps keep the nerves down a little bit,” Hopkins said of the week’s preparations. “Because you’re just kind of going like clockwork through the procedure and the timeline.”

Michael Lopez-Alegria, a retired astronaut who’s flown to space four times, and who’s slated to command SpaceX’s first all-private flight aboard next year for Axiom Space, said he had “no concerns” about the crew or ship ahead of launch.

“I have become inured, almost, to SpaceX launches,” Lopez-Alegria told Business Insider. “They just continue to make incredible things look routine. … But our mission, AX-1 one is going to fly with the same capsule that’s going to be on Crew-1. So we’ll be definitely paying attention and wishing the crew and teams from NASA and SpaceX all the best.”