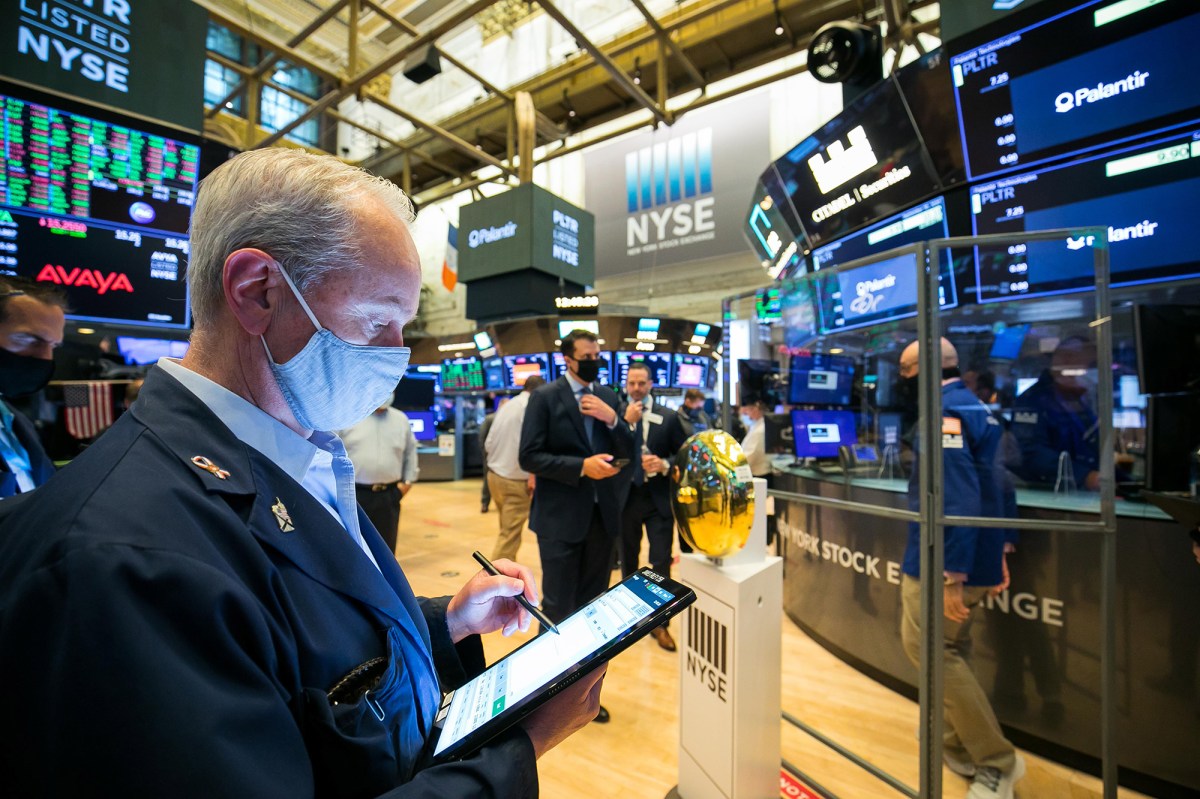 Stocks ended the day higher on Wednesday, no thanks to Tuesday night’s chaotic and widely-criticized presidential debate.

Stock indices soared in early morning trading with the Dow Jones industrial average rising more than 550 points at the session’s high on renewed hopes for a stimulus package.

Speaking at CNBC’s “Delivering Alpha” conference, Treasury Secretary Steven Mnuchin said he is “hopeful” about coming to an “understanding” with House Speaker Nancy Pelosi on a stimulus package as soon as this week.

“I say we’re going to give it one more serious try to get this done and I think we’re hopeful that we can get something done,” Mnuchin said at the conference, which is co-hosted by Institutional Investor magazine. “I think there is a reasonable compromise here.”

Investor’s pared back their enthusiasm somewhat after Senate Majority Leader Mitch McConnell poured cold water on hopes that a new bill is imminent or even feasible. Mnuchin and Pelosi were still in negotiations as the markets closed.

“So far the stock market doesn’t seem too upset at the prospect of Biden winning, despite Trump’s more market friendly policies,” tweeted former Goldman Sachs CEO Lloyd Blankfein. “Perhaps folks think their stocks and 401(k)s will do better with higher taxes and increased regulation than with nastiness and scorched earth.”

Referring to Trump’s debate comment that noted hate group Proud Boys should “stand down and stand by,” billionaire investor Barry Sternlicht told the Delivering Alpha conference on Wednesday morning that he no longer backs Trump to win in November.

“That was it for me,” pronounced Sternlicht, who has been supportive of the president on numerous issues. “I have no room in my life for that.”

The stock market didn’t reflect the criticism largely because investors don’t care at this point who wins, even a tax-raising Democrat, so long as there’s not a contested election, experts said.

“Wall Street isn’t worried about a Biden win as much as it is of a a contested result,” said Jason Ware, chief investment officer at Albion Financial Group. “Whether it’s Biden or Trump is not going to have a major impact on equities.”

That sentiment was echoed Wednesday by a hedge fund manager who called the debate a “nightmare” and noted that each candidate has his pros and cons.

“I like what Trump has done for me on taxes and regulation, but it’s gotten too crazy. I’m okay if Biden raises taxes, and I can sleep at night.”