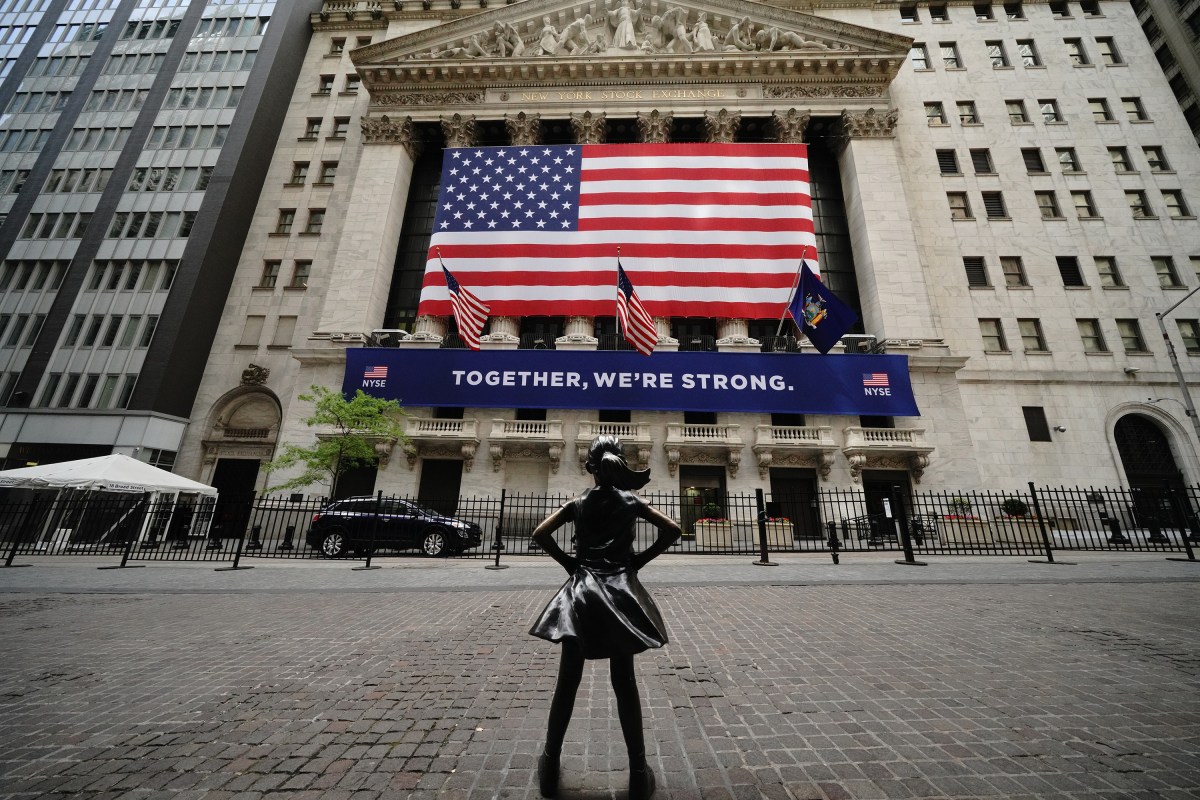 US stocks rebounded Monday as Wall Street eagerly awaited the end of President Trump’s coronavirus hospitalization along with a new stimulus bill to address the pandemic’s economic fallout.

The Dow Jones industrial average climbed as much as 299.09 points, or 1 percent, to 27,981.90 after Trump’s doctors said he could be released from Walter Reed Medical Center as early as Monday. White House chief of staff Mark Meadows said the president was “ready to get back to a normal working schedule” after three days of treatment at the hospital.

The benchmark S&P 500 and the tech-heavy Nasdaq also rose as much as 1 and 1.2 percent, respectively, after House Speaker Nancy Pelosi said Sunday that she was making progress toward a stimulus deal with the White House.

Wall Street followed European markets higher amid signs that Trump was recovering from his bout of COVID-19. The president went on an early-morning tweetstorm that suggested he was returning to his normal social-media routine after posting a Sunday evening video offering assurances that he was doing well.

But the picture of Trump’s health remained fuzzy after Trump’s doctors revealed in a Sunday briefing that he had received supplemental oxygen and a steroid called dexamethasone, which is typically reserved for severe COVID-19 cases.

Trump’s diagnosis early Friday morning added another layer of uncertainty to a market already grappling with fears of a stalling economic recovery in the absence of another stimulus package.

The CBOE Volatility Index — known as Wall Street’s “fear gauge” — jumped another 4.1 percent Monday after hitting its highest level in a week on Friday, a signal that investors will remain highly sensitive to developments around Trump’s health as well as the stimulus talks.

“While the backdrop is supportive for markets over the coming months, investors should brace themselves for near-term volatility given the uncertainty with upcoming US elections and continued concerns around a delayed economic recovery should we see a second wave of the virus,” said Frank Panayotou, managing director at UBS Private Wealth Management.