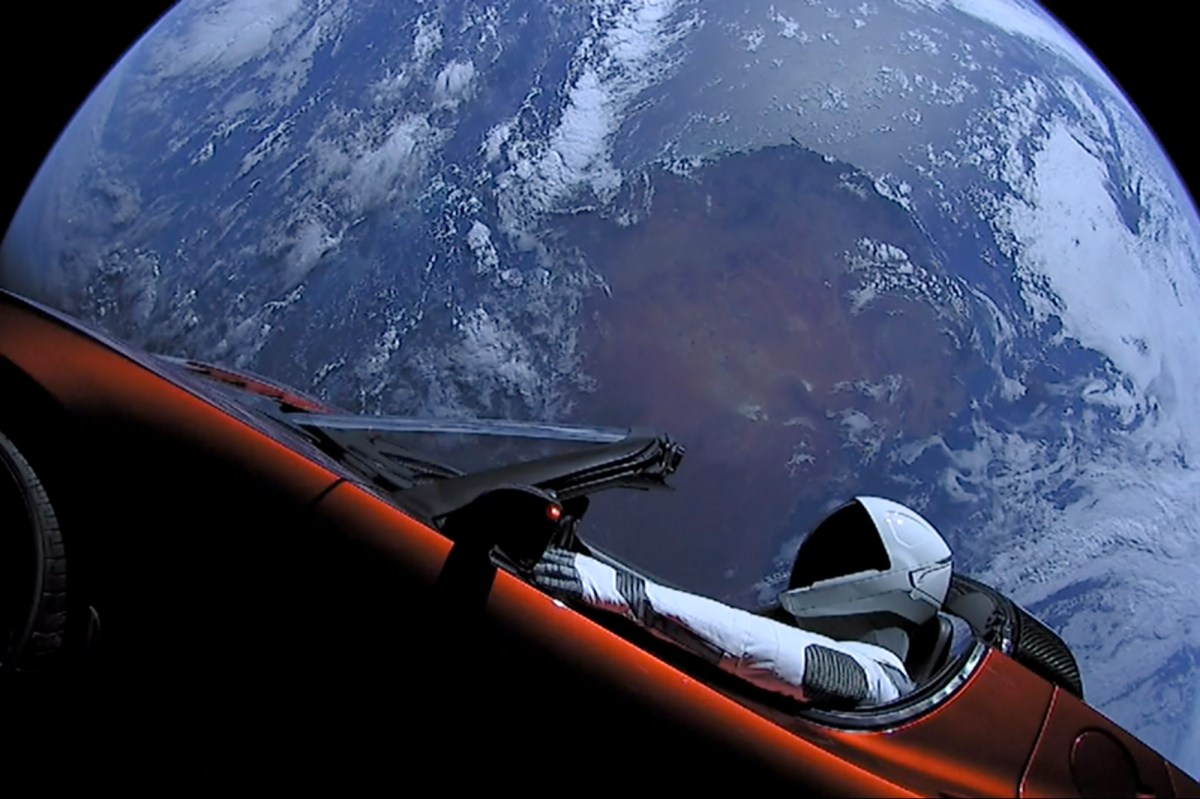 The greatest road trip of all time just went past Mars.

Elon Musk’s cherry-red Tesla Roadster — which the CEO blasted into space back in 2018 aboard SpaceX’s Falcon Heavy rocket — is currently doing a flyby near the red planet, according to SpaceX.

“Starman, last seen leaving Earth, made its first close approach with Mars today,” the official SpaceX account tweeted, referring to the mannequin seated in the car’s drivers seat, who is wearing a prototype of SpaceX’s sleek spacesuit.

Don’t expect a pitstop, however. Though the flyby is considered close by galactic standards, it is still 5 million miles away.

It won’t be the Roadster’s only close pass by Mars. The car is expected to be in orbit around the sun in a a slightly off-center path that alternately intersects the orbits of Earth and Mars — for tens of millions of years.

Since its launch in February 2018, the Roadster has traveled 1.3 billion miles through space, far exceeding its 36,000 mile warranty, according to whereisroadster.com, which has been tracking the vehicle.

Musk’s ride is the first car to leave Earth, and has the phrase “Don’t Panic!” displayed on its dashboard — a reference to Musk’s favorite book, “The Hitchiker’s Guide to the Galaxy.”

Digital copies of Isaac Asimov’s classic sci-fi series “Foundation” are also on board.