Kristy Shen and Bryce Leung retired early at age 31 to travel the world.

The couple retired from their computer engineering jobs at age 31 in 2015 as self-made millionaires after they began investing in 2008 during the financial crisis.

Since retiring, they’ve traveled the world for the same amount of money it cost them to live at home. They told Business Insider they’ve traveled to 40-plus countries so far, but hit pause this year when riding out the pandemic in their home base of Toronto.

They now have their own book, “Quit Like a Millionaire,” and are the authors behind the blog Millennial Revolution. But to create their financially independent life, they told Business Insider that they first read up on how to get their money affairs and mindset in order.

Here are the four books that fueled their success.

‘The Simple Path to Wealth’ by JL Collins

Collins wrote the book based on letters about money and investing he had written for daughter. He transformed these principles into light, actionable steps that make even the most complicated topics easy to understand. He walks you through everything from the 4% rule and asset allocation to choosing an investment firm and navigating the stock market.

‘The Bogleheads’ Guide to Investing’ by Taylor Larimore, Mel Lindauer, and Michael LeBoeuf 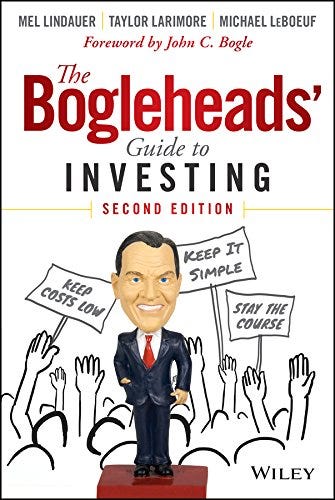 By the end of “The Bogleheads’ Guide to Investing,” you’ll be ready to create your own investment strategy. The book breaks down backdoor Roth IRAs and ETFs, estate taxes, diversifying your portfolio, and preserving your buying power.

Shen called this book a “great intro to index investing,” which has been a crucial component of her and Leung’s early retirement strategy. She previously told Business Insider that one of the common criticisms of the FIRE (financial independence, retire early) movement is that it only works during a bull market. But she said they learned index investing during the bear market in 2008, which launched their path to financial independence.

‘The Millionaire Next Door’ by Thomas J. Stanley and William D. Danko

“The Millionaire Next Door” profiles every-day, unassuming millionaires. Stanley and Danko analyzed 292 millionaires and found that many were first-generation and self-made. A classic financial help book, its central premise is that regular people can quietly accumulate wealth for a safety net or comfortable retirement.

It showed that becoming and staying a millionaire isn’t about a flashy lifestyle, but about resisting “lifestyle creep” — spending more as you earn more money. This created a whole new perspective for Shen.

“It completely blew my mind that the real millionaires actually aren’t spendy at all,” she said.

‘Your Money or Your Life’ by Vicki Robin and Joe Dominguez

Robin first popularized the idea of early retirement 20 years ago with “Your Money or Your Life,” which has gone on to inspire many young Americans to join the FIRE movement.

It details a strategy for reaching early retirement, along with advice on becoming financially independent, from developing the right mindset to the best investment moves. It also helps you manage multiple revenue streams that come from side hustles, freelancing, and passive income.

Shen’s favorite quote in the book is: “Are you making a living or dying?”