The asset manager of the future looks like a consultant. Here's how firms like BlackRock, PIMCO, and Invesco are preparing for it. 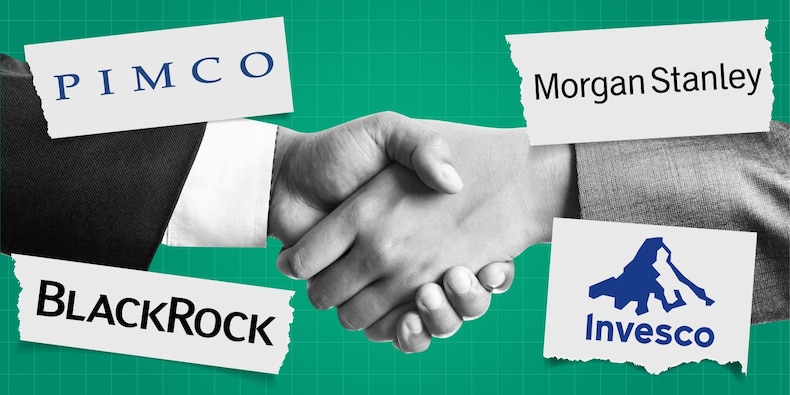 “At the heart of all this is that asset managers have had to really reflect on what their real value add is — and portfolio management isn’t a real differentiator,” said one analyst.

Asset managers girding themselves against the intensity of low fees the relentless and rise of passive investing are increasingly turning to services that hardly resemble traditional portfolio management.

More than ever, asset management firms are offering advice- and technology-oriented services and positioning themselves in many ways as wide-ranging consultants amid existential industry pressures.

Interviews with industry executives, analysts, and recruiters, along with reviews of third-quarter earnings calls and conference transcripts, show there is some consensus on the matter: Evolve or go the way of the trading fee.

But as the landscape has shifted, namely investors’ shift from lucrative active investing to cheaper passive products and lower fees across the industry, asset managers are primed to take on more of a “partner” relationship than one of a “manager,” Schwartz said in a phone interview.

“At the heart of all this is that asset managers have had to really reflect on what their real value add is — and portfolio management isn’t a real differentiator,” he said.

Industry leaders know it, and investment managers are racing to build or buy services and grow teams that can lock in assets and provide advice. In September, PIMCO said it was creating a new team focused on getting the firm’s research and tools into the hands of institutional clients.

And in recent years, industry giants Invesco (with Jemstep) and State Street (with Charles River) have each made acquisitions giving them a foothold beyond traditional asset management.

Read more: PIMCO wants to create its own version of BlackRock’s Aladdin. Read the memo the bond giant just sent laying out its approach.

As asset managers’ fees come under pressure, firms are left wondering how to differentiate themselves, said Peter Kraus, the veteran asset management executive who served as CEO of AllianceBernstein until 2017 and had co-run Goldman Sachs’ investment management division.

“There is only so much fee-cutting that you can do before your business model starts to buckle,” he said over a recent Zoom call.

Kraus now runs Aperture Investors, the Generali-owned asset management startup he founded in 2018, whose clients are charged a fee only when their investments outperform.

The asset management industry is naturally moving toward services that prize advice and consultative services, where income is more consistent and sticky than traditional management offerings, Kraus said.

“It is easier to provide consistent service than consistent alpha,” he said.

Some see limits to how far firms’ evolutions will go. While companies and capabilities will continue consolidating, there likely won’t be a “one-stop-shop” type of firm, said Stuart Parker, CEO of PGIM Investments, Prudential’s investment management business.

“You’re going to have firms like ours that do a number of things well, but probably not everything well. For instance, we’re likely never going to be in the index business. But that doesn’t mean that somebody shouldn’t invest in index funds. There are firms that have specialties or capabilities that we don’t have,” Parker said in a recent phone interview.

Firms’ scramble to up their capabilities comes amid high-profile deals, like Franklin Resources buying Legg Mason and Morgan Stanley setting out to acquire Eaton Vance, and expectations of more consolidation in the space.

Read more: Execs from 4 asset managers like Franklin Templeton and Invesco give clues on how they’re prepping for a wave of M&A

As asset managers seek out new offerings and use technology in new ways, some recruiters say the talent pool, including for the industry’s next generation of employees, has grown.

“Every asset manager is looking at how to leverage data science,” so firms are drawing on new talent they may not have in the past, said Peter Agnes, a leadership consultant focused on private equity, asset management, and fintech with the executive search firm’s Egon Zehnder financial services practice.

“We find they are planning more for succession, coaching, and development,” Koo said.

Read more: Here’s how family offices are snapping up talent from private-equity firms and elite wealth managers, according to 6 top recruiters

BlackRock was one of the first to embrace a consultant’s approach. At the New York-based asset manager, the largest in the world with some $7.8 trillion in assets under management as of September 30, some of its most senior executives have backgrounds in consulting, and its ubiquitous Aladdin platform’s clients include rivals like Vanguard and State Street, as well as Google, Apple, and Microsoft.

“The biggest change for asset managers will be how we use technology. In the future, asset managers have to be as good at using technology as anything else they do – and as good at it as any tech firm,” CEO Larry Fink — who said in 2017 he hopes technology services revenue will comprise a third of total revenue by 2022 — wrote earlier this year in his annual letter to shareholders.

Asset managers are recognizing the need to bring a full suite of services to clients, said Bob Nelson, an associate director within the institutional asset management practice at Boston-based industry research and consulting firm Cerulli Associates.

Aladdin is a prime example of that need, he said. Sure, it helps clients assess risk, and has become synonymous with portfolio management. But most importantly for BlackRock, Aladdin makes assets “stickier” at the end of the day.

“A lot of asset managers look up to that model and say, ‘Well, that is how BlackRock did it, that’s what we need to do,” Nelson said in a recent phone interview. “If they are competing in that space, they recognize that they do need to bring more to the table.” 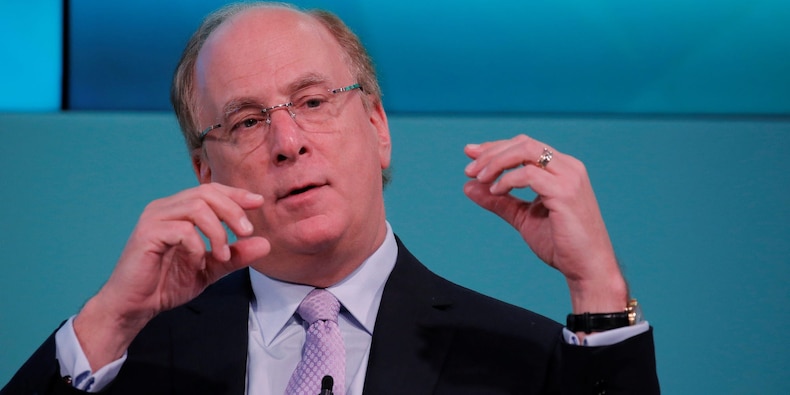 BlackRock’s consultant-like appearance is more than just its Aladdin’s platform. The massive firm has more than 100 former consultants from the big three consulting firms — McKinsey, Boston Consulting Group, and Bain — in its employ, according to alternative data company Revelio Labs.

The manager’s outsourced chief investment officer business for institutional clients, such as Arizona State’s endowment, is the fifth largest, according to trade publication Pensions & Investments, with nearly $140 billion in OCIO assets as of the end of the first quarter. BlackRock sees this arena as the next big growth opportunity.

“Growth will be driven by” clients’ needs for non-traditional services, Fink said on the firm’s most recent earnings call such as portfolio construction help and “the ever-growing need for whole portfolio technology solutions.”

The division led by Mark McCombe, the firm’s chief client officer who handles all client-facing relationships, isn’t broken out in the firm’s earnings, but McCombe described “double-digit growth” with “a drive toward this” in 2021.

“It’s been kind of a quiet revolution away from product picking to solutions,” he said in an interview, and BlackRock has been able to take advantage of this given its history.

“We are predicated on Aladdin.”

Institutional clients are turning to BlackRock’s insights on everything from emerging markets exposure in their portfolios to one-off liquidity concerns they have. But McCombe warns that not all managers are able to provide this type of service, which, with BlackRock, comes with not only a CIO-like executive but also a “client relationship quarterback” who comes from the firm’s global managing committee for BlackRock’s biggest clients.

“If you’re going to build a Lamborghini, then you better have all the component parts.”

The Atlanta-based asset manager, which oversaw $1.2 trillion in assets as of September 30, is reportedly at the center of a new plan from activist investor Nelson Peltz and his firm Trian Fund Management to spur a deal with the investment manager Janus Henderson.

When an analyst asked Flanagan during the firm’s third-quarter earnings call in October whether Invesco had enough scale to “be successful,” he said the firm has branched out into different business lines, and said clients are “expecting more” from asset managers.

“As we talked about for the last few years, there is clearly a very different dynamic going on in the industry and it’s driven by something very simple: clients around the world are choosing to work with fewer money managers,” he said, according to a transcript on the investment research platform Sentieo.

“But beyond that, they want a solutions capability, they want thought leadership, they want the ability for us to build models for them, help in any way. And so that has been a core focus for us as a firm,” he said. 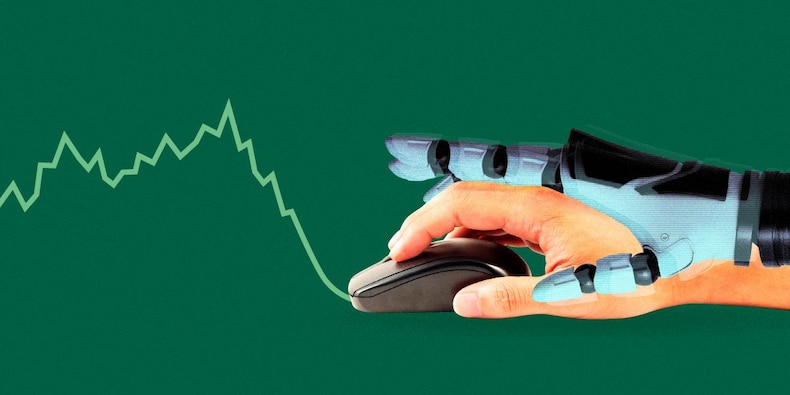 Other executives have recently noted similar big-picture shifts requiring an expanded set of skills to succeed in money management.

Simkowitz pointed to several senior employees his division had recently hired “to go deliver that sort of service level that we think the market now requires,” and who have unique backgrounds outside of traditional asset management.

His division earlier this year hired Mike Mauboussin, the longtime investment strategist and professor of finance with a dedicated online following, onto its Counterpoint Global equity team.

Morgan Stanley also hired Ted Eliopoulos, former investment chief of the California Public Employees’ Retirement System, the largest US pension fund that has long looked to add a sustainable investing lens to its investments. And the division last year hired Seema Hingorani, the former CIO of the City of New York and the founder of Girls Who Invest, “who has a diversity focus,” Simkowitz noted.

Read more: Why Morgan Stanley’s $7 billion bid for a storied asset manager gives it a leg up on rivals and signals more deals to come

At JPMorgan, where CEO Jamie Dimon has said the firm is open to deals in wealth and asset management, the firm’s top investment management official recently acknowledged a bar being raised across the industry.

“In the old days, when you and I started in the industry, you could dream about starting your own asset management company. And you could have five of your partners, and you could get $50 million, and you’d be off to the races,” Mary Callahan Erdoes, CEO of JPMorgan’s asset and wealth management business line, told an analyst during an industry conference earlier this month.