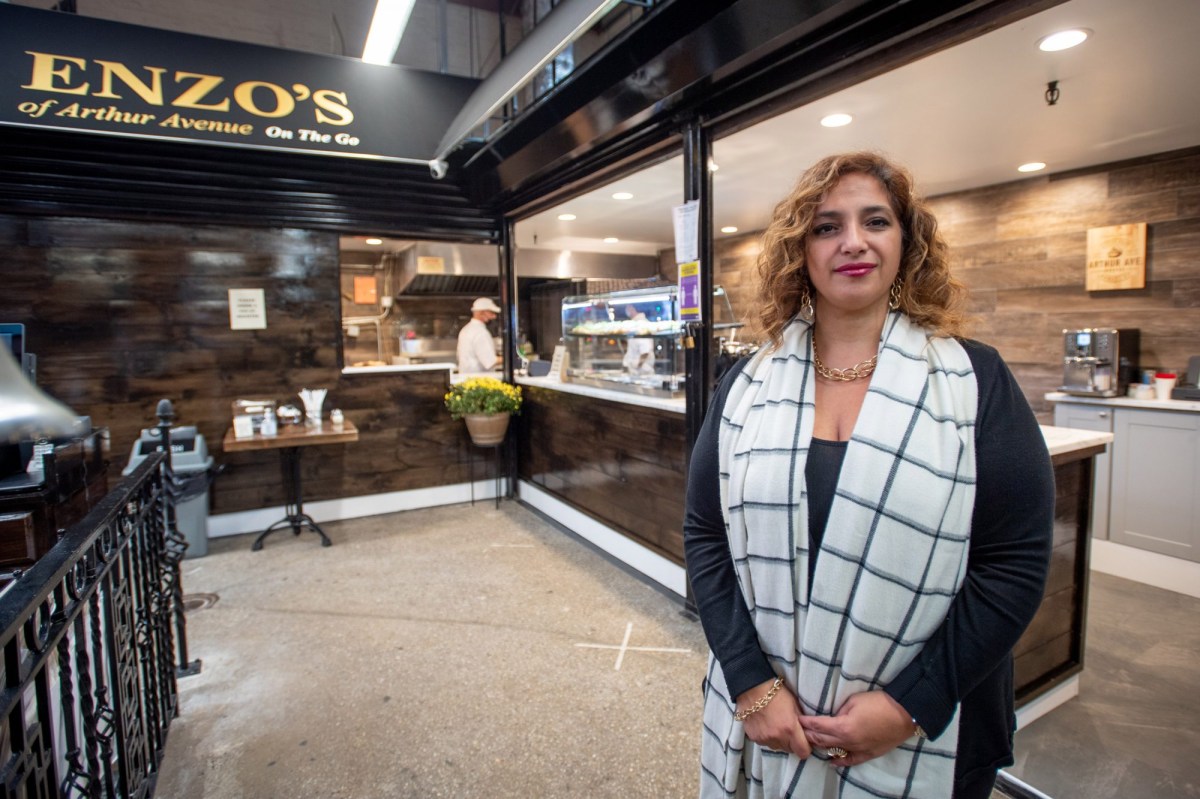 Bellissimo! is not a word one would use to describe business in New York City since the pandemic struck — unless you’re talking about Arthur Avenue in the Bronx.

The stretch of roughly 12 blocks that encompass the Bronx’s Little Italy — known for its cured meats, cheese blocks and other Italian delicacies — has become a shopping oasis for cooped-up metropolitan area residents with money to spend, The Post has learned. And that’s helping fuel a spate of new businesses at a time when most city restaurants are struggling to survive, including six new restaurant openings or expansions, sources said.

“I haven’t seen this kind of growth in my 40 years here,” said Peter Madonia, chairman of the Belmont District Management Association, which supports and promotes the area’s businesses.

Of course Arthur Avenue, which prides itself on being “the real Little Italy,” has long been a draw for tour buses and tri-state area residents looking for tasty treats and a touch of old world charm. But visitors say the area’s allure — think inviting aromas and sausages hanging from the ceiling — has only grown sweeter due to the pandemic, which has otherwise taken the fun out of shopping.

“It’s as much a recreational activity and a reason to get out of the house, as it is a shopping excursion,” said Westchester resident Robert Holliday, who’s been an area patron for years. “It’s interesting and not like going to the supermarket or shopping on Amazon pantry.”

Madonia, whose family opened the neighborhood’s Madonia Brothers Bakery during the Spanish Flu in 1918, says customers started returning to the district’s century-old butcher shops, bakeries and cheese shops as early as April and May.

By June, when Big Apple restaurants were OK’d to open for outdoor dining, the district was drawing as many weekend visitors as it had before the pandemic, or some 20,000 a day, said Madonia, whose bakery is one of at least two dozen family-owned businesses that have been in operation for decades.

“Once the restaurants reopened in June it allowed us to rebound more quickly,” he said. Business was further fueled by re-openings of the nearby Bronx Zoo and the New York Botanical Garden in July. “Within two months, we were nearly back to normal,” he said of the pandemic.

The main difference is that customers now have to wait in line outside because the district’s stores, which tend to be small and tightly packed, are limiting the number of people they allow inside at any one time.

Teitel Brothers on Arthur Avenue, which sells olives in massive white buckets among other imported foods, has long had people waiting to enter its cramped quarters. But now its also common for people to have to wait 15 or 20 minutes on the weekends to enter Casa Della Mozzarella and Vincent’s Meat Market, which is only allowing three customers in at a time.

Newbies include Avenue Gyro, a Mediterranean eatery that launched in September, and Last Call Bar & Grill, which opened in October. Later this month, Albanian cafe Dea will make its debut as will Roc N Ramen, a Caribbean-Japanese fusion eatery that is owned by the only newcomer to the neighborhood, a restaurateur from New Rochelle.

Establishments in expansion mode include beer centric bar Clinton Hall, which is planning to double its size, and Maria Di Rende’s Enzo’s Italian eatery, which launched Enzo’s On the Go, a takeout-only version of the original, in October.

Di Rende said she had the idea for the takeout business before she even reopened Enzo’s in June. “I was getting phone calls about when I was opening the restaurant so I knew people wanted to eat here. They were already here to shop.”

Emboldened, she hired four new employees to run the takeout biz located in the Arthur Avenue Retail Market, a popular market bazaar, including a chef, cashier, server and pizza maker. She also invested in a five-figure pizza oven.

“It was a financial risk to do the takeout stall, but I know the pandemic won’t be long term,” she said. “You have to spend money to make money.”

Only one Arthur Avenue restaurant has closed since March: MangiPasta, a year-old eatery, that didn’t have the following of the older restaurants.

That’s not to say the district has been free of pandemic pain. Its wholesale businesses — which deal in bulk orders of breads, meats, cheeses and more — have been significantly down, Madonia said. And everybody is worried about a cold winter keeping people home, especially the restaurants, which have been surviving largely on outdoor dining.

But Arthur Avenue survived the Spanish Flu, the Great Depression, and actually thrived during the 2008 recession, longtime resident and real-estate owner Frank Franz said. And he expects it to survive the pandemic, too.

“People would tell us in the 1960s that the neighborhood has five years left,” Franz said. “They figured the Bronx would completely change because many neighborhoods disappeared like the Jewish, Irish and German neighborhoods. But the Italians haven’t. The Italians are very thick. They don’t move. It’s not a house to them. It’s a home.”