This investor pored through hundreds of pitch decks to come up with the perfect fundraising formula. Here are his 3 takeaways.

Creating the perfect pitch deck can be the difference between a successful fundraise or a trip back to the drawing board.

Henry Mason, a principal at London-based Dawn Capital, has seen pitch decks across the spectrum and believes there are three key factors to building a presentation that attract investors to your business.

Humans are visual creatures. It’s estimated that half of the human brain is directly or indirectly devoted to processing visual information, and that’s why it’s crucial to nail your slides and help cement your pitch in an investor’s memory. 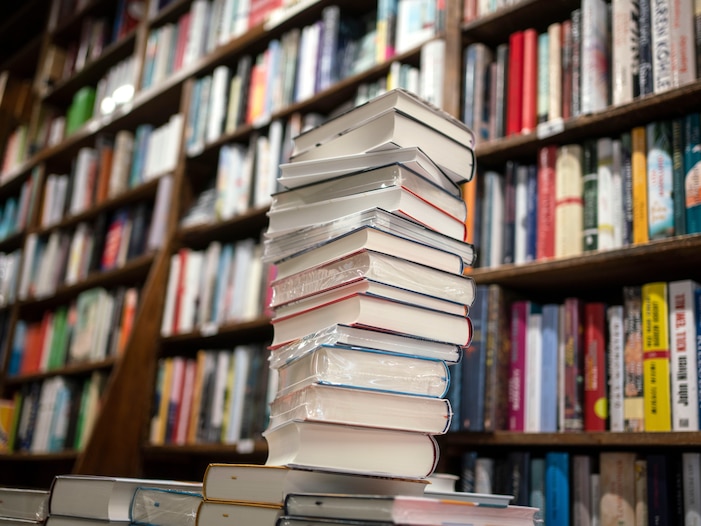 17 August 2020, Hessen, Frankfurt/Main: A pile of new books lies on a sales counter in a bookshop in the Bornheim district. Photo: Frank Rumpenhorst/dpa/Frank Rumpenhorstdpa

Your pitch deck slide should set up your company’s key characters, its founders and executives, and provide detail about the company’s journey to date. Getting this into a clear flow is important, according to Mason. He suggests starting by writing down key points into small paragraphs that succinctly get your message across.

“It’s also important to remember that the deck will travel within the VC firm (and sometimes beyond), and so it needs to stand on its own without the founder’s voiceover,” Mason added. “The weaker examples are so minimalist that they don’t land with someone who hasn’t had the live pitch.”

At the same time, that succinctness is key. Slides that are too wordy don’t have the same impact as punchy points which quickly show a company’s track record. 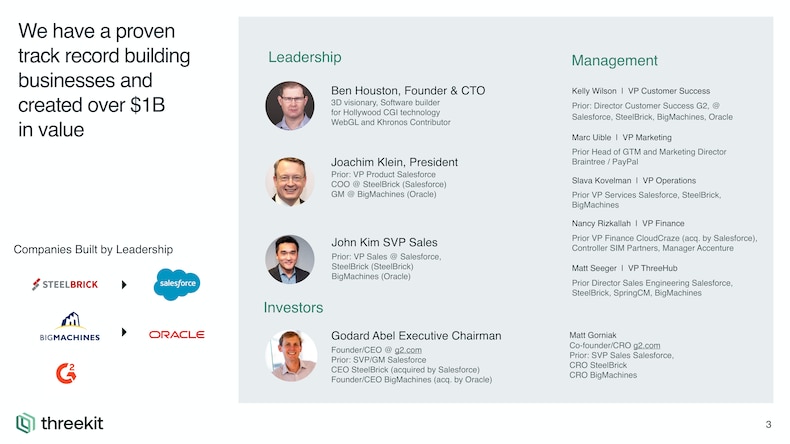 Something that software firm ThreeKit got right was focusing “on the company’s journey to date — from its founders’ track record, to the evolution of the problem space, to the milestones on the journey solving the problem. The flow is easy to follow.” 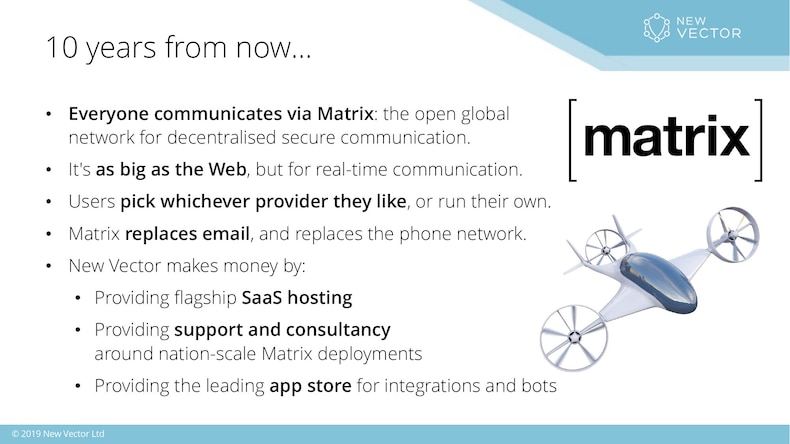 Another approach is the paint a picture of the future, said Mason. 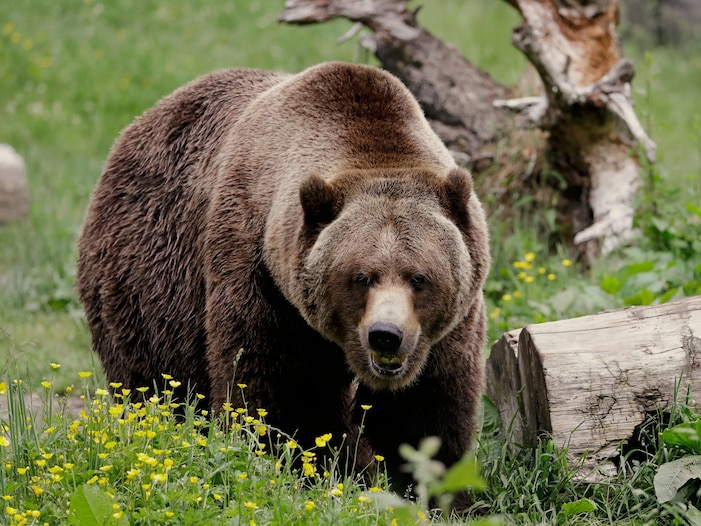 A consistent factor in successful pitch decks is showing investors that your startup is solving a pressing, big problem right now.

This is the Goldilocks factor, investors want to see that you’re addressing an issue that gets them excited enough to work up a term sheet.

For Mason, two things stand out: the size and attractiveness of the target market and the timing – why now is the moment in history to be solving the problem.

“If the stars align on both of these, it shows that the startup is well-timed and going after the right opportunity – the Goldilocks factor,” he said. 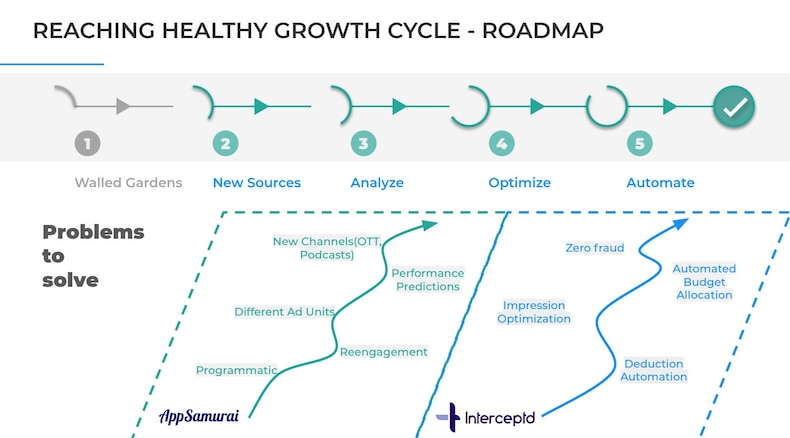 Mason said: “App Samurai, an in-app marketing tool, lays out a roadmap on how to capture the emerging opportunity in new problem spaces, demonstrating strategic thinking that inspires confidence.” Another example Mason pointed to was Countingup. “Fintech challenger Countingup shows how it’ll expand its current product to capture an even greater share of the market and become a one-stop shop for small businesses, tapping into the horizontalisation of fintech tools,” he said.

Depending on the stage your business is at, the term execution may have a different meaning but the point remains the same. Have you done what you set out to achieve?

For seed-stage businesses, the most important factors are having a great team and a great idea.

As a company grows, however, investors are more interested in whether you’re putting money to good use. They are investing in you, after all.

“At Series A or later, we judge how the value proposition has developed since launch through the use of customer case studies, traction, and product and team development,” Mason said. “It’s important for us to understand how well the startup has used its funding to date and what evidence they can offer to support their progress, to see if past performance is in fact a reliable indicator of future results.” 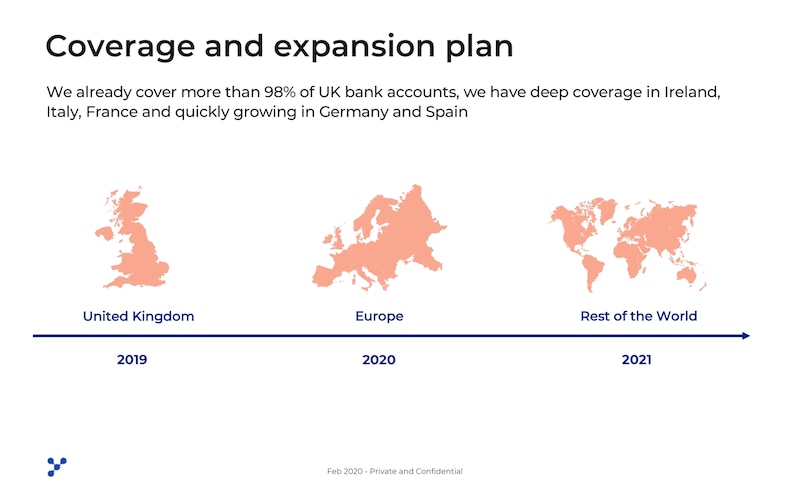 “One idea is to focus on geographic dominance,” said Mason. “Banking API provider Yapily, which raised $13 million during Covid-19, presents an understated path to world domination.” 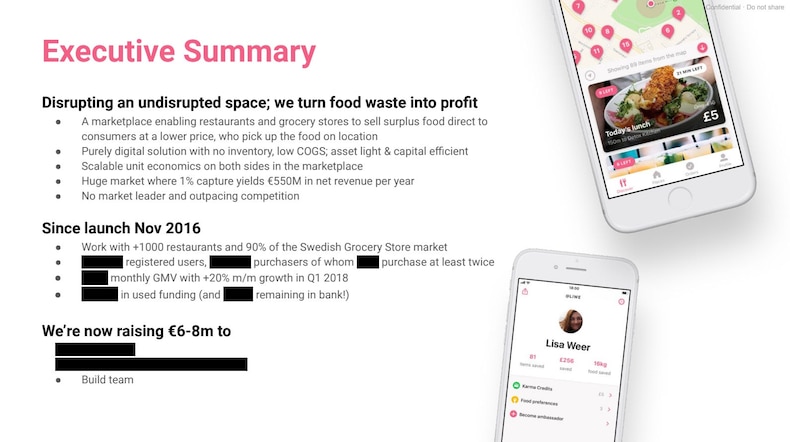 “Food waste startup Karma highlights its traction since launch using a host of metrics from registered users to GMV, and contextualizing that with the amount of capital spent to achieve that,” said Mason. 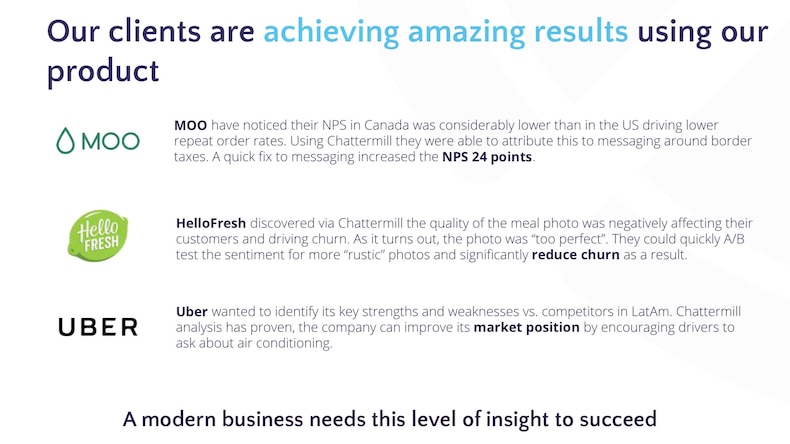 Showing examples of your success is another way to do. Mason said: “On a different tack, AI startup Chattermill uses customer testimonials from blue-chip names such as Uber and HelloFresh to show us its success with attracting great customers.”