Top-earning New Yorkers could pay 14.7% income tax, the highest in the US, under new proposals from Cuomo 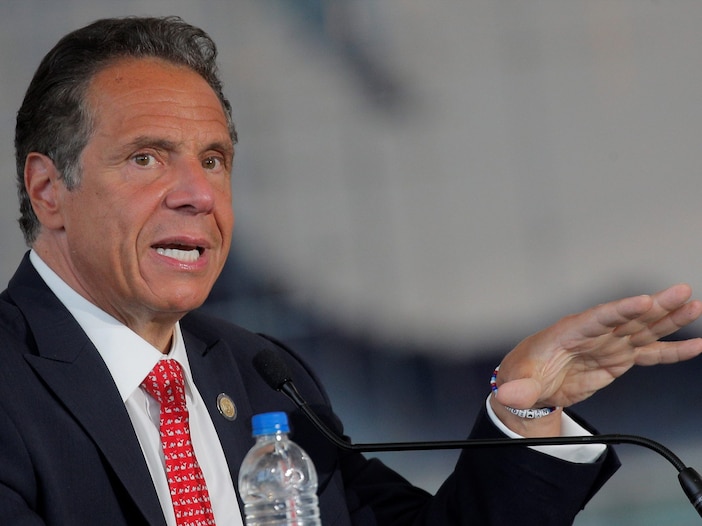 As part of a 2022 budget proposal announced Tuesday, Cuomo said he may have to raise taxes to 10.86% for the state’s wealthiest earners. On top of local taxes, this could leave some residents paying 14.7% income tax, he said.

In an address, Cuomo called for the federal government to provide New York with $15 billion in emergency pandemic relief.

It’s possible that Washington would only give the state $6 billion in a “worst-case scenario,” he said. If this is the case, he would hike taxes to cover the difference.

Cuomo’s proposal would temporarily increase wealth tax on taxable income above $5 million, scaling based on how much people earn. For people with salaries above $100 million, the temporary tax would be 10.86%. The current tax rate for these people is 8.82%.

Combined with local taxes, New York City’s top earners would have to pay 14.7% income tax. The current highest rate of income tax in the US is California at 13.3%, Cuomo said.

Read more: With Elon Musk moving to Texas, the world’s 3 richest people are set to pay a whopping $0 in state income taxes. Here’s why 9 US states don’t collect any income taxes.

This tax hike would only raise $1.5 billion, Cuomo said, and other cuts would be necessary to plug the difference. This includes cutting around $2 billion in school funding and $600 million in Medicaid funding, he said, alongside a further $900 million in other assorted cuts, including to local governments and social services.

The state would also have to borrow money, he said.

If the government grants the state the full $15 billion, it would enact a $1.3 billion rent relief program, create a $130 million fund to support small businesses damaged by COVID-19, and invest in free legal consultations to undocumented New Yorkers.

“We have a plan in place, a strength that we have not had before and I believe our future is bright, but Washington must act fairly if we are to emerge on the other side of this crisis,” Cuomo said.

The $15 billion deficit is the highest in New York’s history, Cuomo said. The state’s biggest deficit prior to this was $10 billion, which Cuomo said was “very very hard” to manage.

During the address, Cuomo attributed New York’s deficit to two causes. Alongside the cost of COVID-19, which caused the state’s revenues to fall by $5.1 billion, he said New York had been “assaulted by the federal government” over recent years.

“New York was used as a political piñata for this federal government,” he said, referring to the “hyper-political” administration, without elaborating.

New York state confirmed its first case of COVID-19 in Manhattan last March, although scientists say New York City likely had COVID-19 infections in mid-February. The state soon became the epicenter of the US’ first wave of COVID-19, and this has had a massive impact on its businesses.

Up to one in two restaurants and bars in New York City may be forced to close permanently, erasing 159,000 jobs, following waves of lockdowns that banned indoor, and sometimes outdoor, dining.

The city’s theater industry has been decimated, too, with all Broadway shows suspended until at least May 30, affecting almost 100,000 workers.