Trump wanted to dramatically change the way Big Tech ran their platforms. His attempt to overturn the election may have done just that. 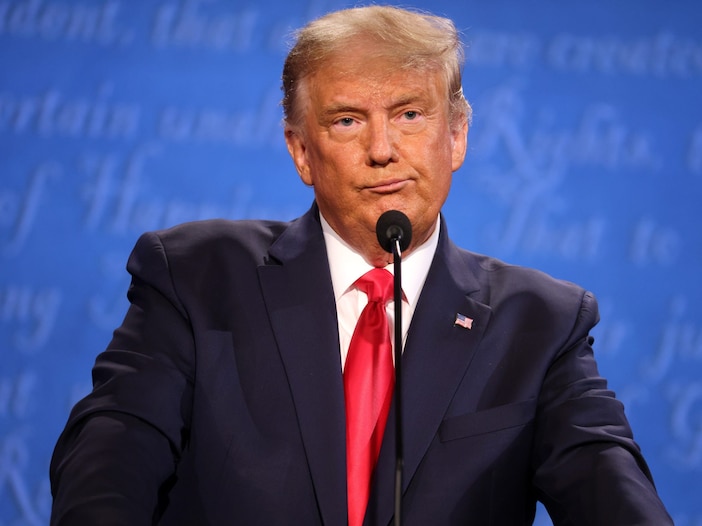 There’s a certain irony that the catastrophic failure of Trump’s attempt to change the election outcome may have actually resulted in real change to social media platforms.

The result of the 2020 election wasn’t the only thing President Donald Trump was trying to change over the past few months. While those efforts were far more obvious to anyone paying attention, there was another effort that would have a much more lasting, though far more subtle impact – reining in social media platforms he felt were unfair to him.

There’s a certain irony that the catastrophic failure of Trump’s attempt to change the election outcome may have actually resulted in real change to social media platforms, though not at all in the way he could have ever intended.

Trump has made no secret that he wants to change the way tech platforms like Facebook and Twitter function. At one point he’d even asked outgoing FCC chairman Ajit Pai to roll back certain legal protections under Section 230 of the Communications Decency Act, which shields companies from being held liable for user-generated content posted to their platforms.

It seems obvious that Trump never thought he’d get banned from Twitter. I’m sure he never expected to be suspended from Facebook. Yet both of those things happened after the President incited a crowd of his supporters to riot within the Capitol to try and stop the counting of the Electoral College votes.

Considering that two private companies from Silicon Valley effectively eliminated a primary form of communication for the President of the United States, it seems like we’ve crossed a line that may be hard to return from. It certainly seems like there’s no precedent for – at a minimum – imposing restrictions on world leaders when they abuse the privilege afforded to them by social media companies.

There’s long been criticism from conservative political and media personalities that Big Tech companies are censoring their viewpoints. That belief has led Trump and his allies to call for changes to platforms like Twitter and Facebook, even if the changes they have asked for – largely to regulate the way the companies operate and moderate content – would do little to affect the desired outcome, forcing the companies to allow any and all types of content. We’ll set aside the fact that on any given day in the last year, the top posts on Facebook by engagement have almost entirely been from Trump or his media allies.

Adding to that, a handful of other companies, including Stripe and Shopify, have said they won’t do business with the Trump campaign. At the same time, Apple and Google removed the social media app Parler from their app stores. On Sunday, Amazon Web Services took the service offline entirely when AWS said it would no longer host it after the app, which is popular among right-wing groups, was used to plan the January 6 riot, as well as continuing acts of violence.

What really changed last week wasn’t just that the tech companies decided that they’d had enough with Trump, but rather they recognized that they’re responsible for the platforms they’ve built.

More importantly, it became very clear that what’s said or posted on their platforms has an effect in the real world.

“We believe the risks of allowing the President to continue to use our service during this period are simply too great,” wrote Facebook CEO Mark Zuckerberg in a post announcing Trump’s suspension.

Those platforms are not neutral. They aren’t just websites where people post content – they’re places where people are fed content that reinforces whatever beliefs, anxieties, and desires they already have.

Trump wanted to make tech companies liable for the way the companies manage their platforms, but not in the way that they ended up acting. He wanted to be able to sue Twitter for placing labels on his misleading tweets. That is, I think, a terrible idea. What happened instead is that they recognized the real extent to which their platforms are not neutral and require accountability.

Even if tech companies are not liable for the content published on their sites, they’re still responsible for it. Those two things are not the same.

I am, for example, responsible for my four children. It’s my responsibility to care for them, and I’m accountable for how well I meet that responsibility. I’m not, however, liable for their behavior.

If one of them were to forget to turn in his or her homework, I don’t get an ‘F’ on my report card. Worse, if one of them were to punch a friend in the nose on the playground at recess, I may not be charged with assault, but I’d still consider it a failure of my parenting to some extent because I’m responsible for raising them to be men and women of integrity. Responsibility and liability aren’t the same things.

Tech companies, on the other hand, are responsible to their users to provide an environment and experience that aligns with what they promise. They’re also accountable to the extent that they have the ability to affect that experience when they choose not to. That’s true even if they aren’t liable for it.

I don’t think that means Twitter is going to become a tightly moderated platform that doesn’t allow a variety of different ideologies or viewpoints. It just means it won’t tolerate harmful content to the extent that it has for years.

There seems to be a concern from some people over whether we want a small handful of Silicon Valley billionaires to be the ones that decide what represents mainstream viewpoints and what gets defined as “fringe.” I completely agree if the viewpoints we’re talking about are related to political ideology or religion or whether “Die Hard” is a Christmas movie.

In this case, however, I don’t think it’s complicated at all. If content encourages illegal or violent activity, it isn’t mainstream. If you’re trying to mislead people about things like who’s the legitimate winner of a presidential election, even after the votes have been certified and no less than five dozen courts have dismissed every dispute as unfounded, you’re going to get asked to take a time out.

Another thing that changed is a recognition by an alarming number of Americans that two things are true.

Many people, seemingly for the first time in their life, became aware that “freedom of speech” doesn’t mean you have the right to carpet bomb websites with your own 280-character personal grievances. It just means the government can’t lock you up if it doesn’t like what you say.

The second thing people realized is that tech companies have enormous power. This is actually a very good thing. Well, not the power, but the realization. I think it’s absolutely worth having a conversation about whether we want tech companies to be able to effectively erase the ability of the President to tweet or post online. I would personally argue (and have) that the power they exert over areas of our lives is a problem. It just isn’t a First Amendment problem.

The fact that people are aware of that power means that tech companies can’t keep acting as if they’re neutral. With an incoming Biden administration and a House and Senate now controlled by Democrats, the likelihood of more intense scrutiny of Big Tech companies increased significantly. After the events of January 6, that likelihood became a certainty.

That means, more than ever before, tech companies will have to live up to their responsibility – otherwise, they will be held accountable.