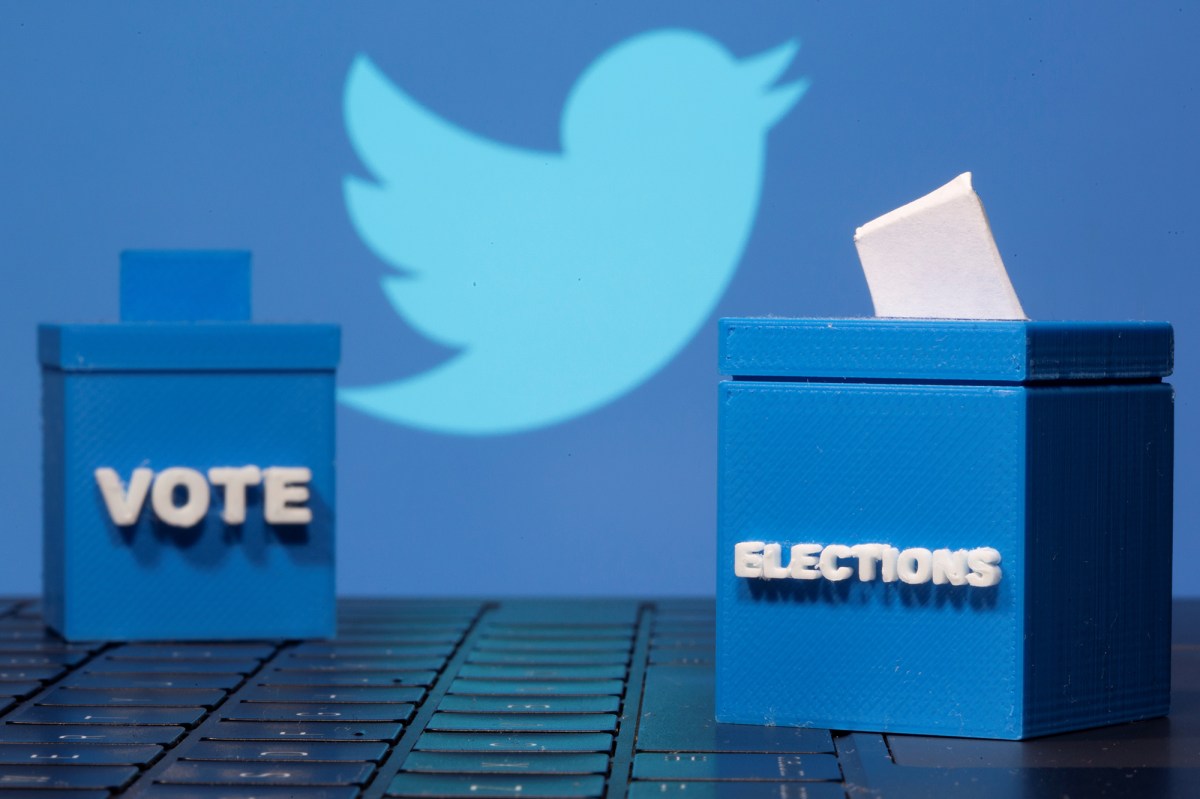 Twitter says it slapped warning labels on about 300,000 “potentially misleading” tweets about the presidential election in just two weeks.

Those posts accounted for 0.2 percent of all the election-related tweets sent from Oct. 27 to Nov. 11, a period covering the weeks leading up to and immediately following Election Day, the social network said in a blog post.

Twitter said it plans to keep applying the labels under its “Civic Integrity Policy” as part of its efforts to clamp down on misinformation following the election.

“These enforcement actions remain part of our continued strategy to add context and limit the spread of misleading information about election processes around the world on Twitter,” company officials Vijaya Gadde and Kayvon Beykpour wrote in the Thursday blog.

Twitter said it hid 456 of the problematic tweets behind warning messages and blocked users from liking them, replying to them or retweeting them without adding their own comments.

Several such posts have come from Trump himself, who had a string of four tweets masked on Saturday shortly before the presidential race was called for Biden. Twitter first hid one of the president’s posts in May, when he appeared to threaten violence against protesters after the police killing of George Floyd.

Twitter says its efforts to slow the spread of those misleading posts have been effective. About 74 percent of the people who saw the disputed tweets viewed them after the company applied a warning label or masked them, and the number of so-called quote tweets sharing the posts fell by an estimated 29 percent thanks partly to a prompt requiring users to click an extra time before spreading them, according to the blog post.

The efforts come as President Trump continues to make claims of fraud in the wake of last week’s election.

Twitter also said it will keep prompting users to add their own commentary when they retweet any post, a measure implemented to slow the spread of misinformation ahead of Election Day.

The tweak led to a 20 percent decrease in the overall number of retweets and quote tweets on the platform, Gadde and Beykpour wrote, adding that Twitter is “taking more time to study and fully understand the impact of this change.”