Unemployment be damned: Americans spent at a record pace over the holidays 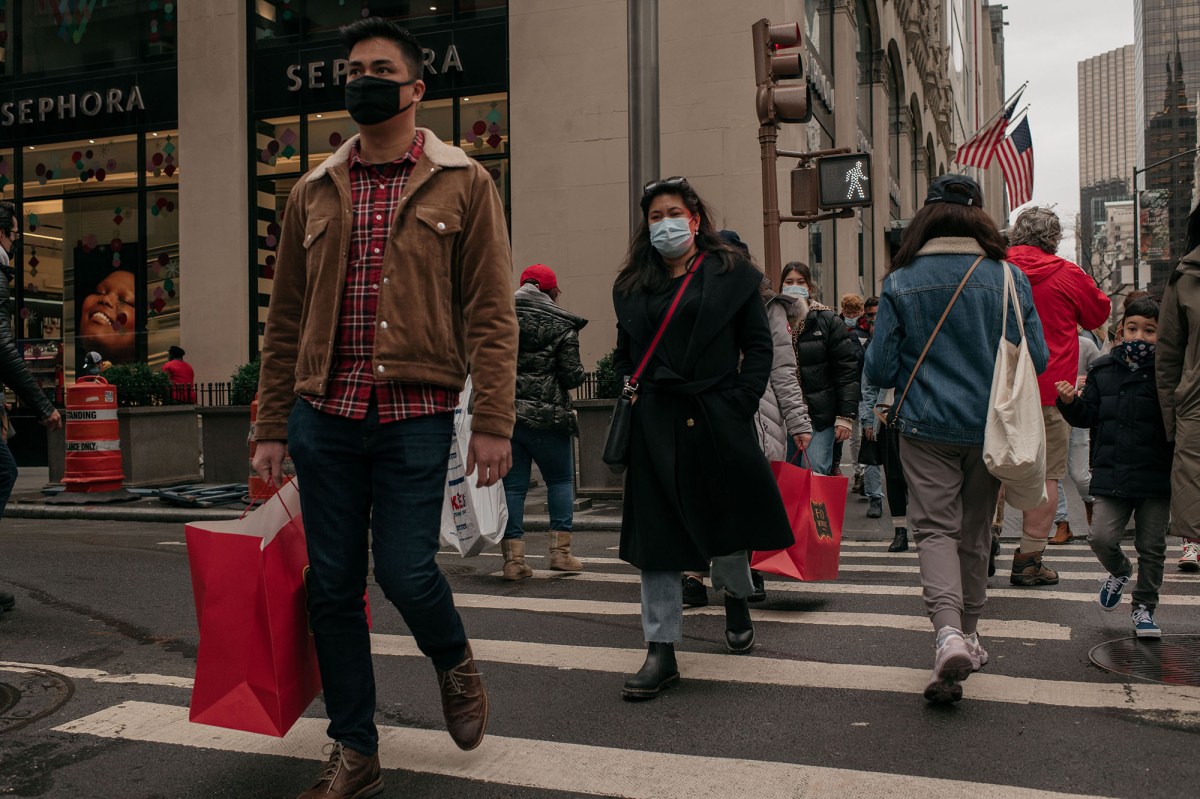 Having nowhere to go and nothing to do is proving an unexpected but lucrative formula for retailers.

Holiday spending rose by 6.8 percent to a record $756 billion in November and December, according to new research.

Driving the demand, according to retail consulting firm Customer Growth Partners, was a surge in disposable income as consumers hunkered down at home and eschewed activities considered unsafe during a pandemic — including vacations, concerts and sporting events.

“Spending has rotated from spending on services over to goods and this is a substantive shift,” said Craig Johnson, president of CGP, which distributed the findings on Wednesday to clients and media.

CGP, which based its findings on government data as well as its own proprietary research, had previously predicted a 5.8 percent rise in spending over the holiday season. Instead it found consumers spent more aggressively than expected in the last two months of the year, including on home goods, including outdoor furniture; sporting equipment; appliances; electronics and toys.

Apparel, with the exception of sports-related items, lagged as did accessories, except for sneakers, boots and other footwear.

Aiding the spending, CGP said, was the jump in the current savings rate to 13 percent, up from closer to 5 percent, as Americans who have held on to their jobs have also benefited from wage increases. Disposable income overall has grown 4.3 percent, despite record unemployment, according to CGP’s report.

“Despite many families still struggling, households enjoy $1 trillion more in personal savings, giving them dry powder to spend,” said Johnson. “It’s turned out to be quite a good holiday even as people are more cautionary in their spending,” said Johnson, who’s company has been tracking and forecasting holiday spending for 20 years.

The big six retailers — Amazon, Costco, Home Depot, Lowes, Target and Walmart — accounted for 30 percent of all US sales and collectively their sales growth is running at a record 18 percent, CGP found.

To be sure, the picture could change as other holiday spending reports emerge, including on Jan. 15 when the US Census is scheduled to release its December 2020 retail sales report. The National Retail Federation, which has forecast a holiday spending sale uptick of between 3.6 percent and 5.2 percent, is also expected to release its findings soon.

And some prognosticators are already reporting less rosy results. MasterCard Spending Pulse says holiday spending was up just 3 percent this year, attributing the low growth partly to the struggles of small businesses that have not embraced online shopping, as well as weak demand for clothing and department stores.

But some companies say they agree that it was a record holiday season in terms of sales, even if some revenue was lost to shipping and transportation issues that plagued everyone from consumers to companies.

“We had our best year ever this year even though we lost sales in December due to the back up in the supply chain,” said Basic Fun chief executive, Jay Foreman, whose company makes Tonka trucks, Care Bears, Lite Brite among other popular toys.

“We are hoping to catch up in January,” Foreman said of the supply chain issues, “but it was a really big year in toys.”